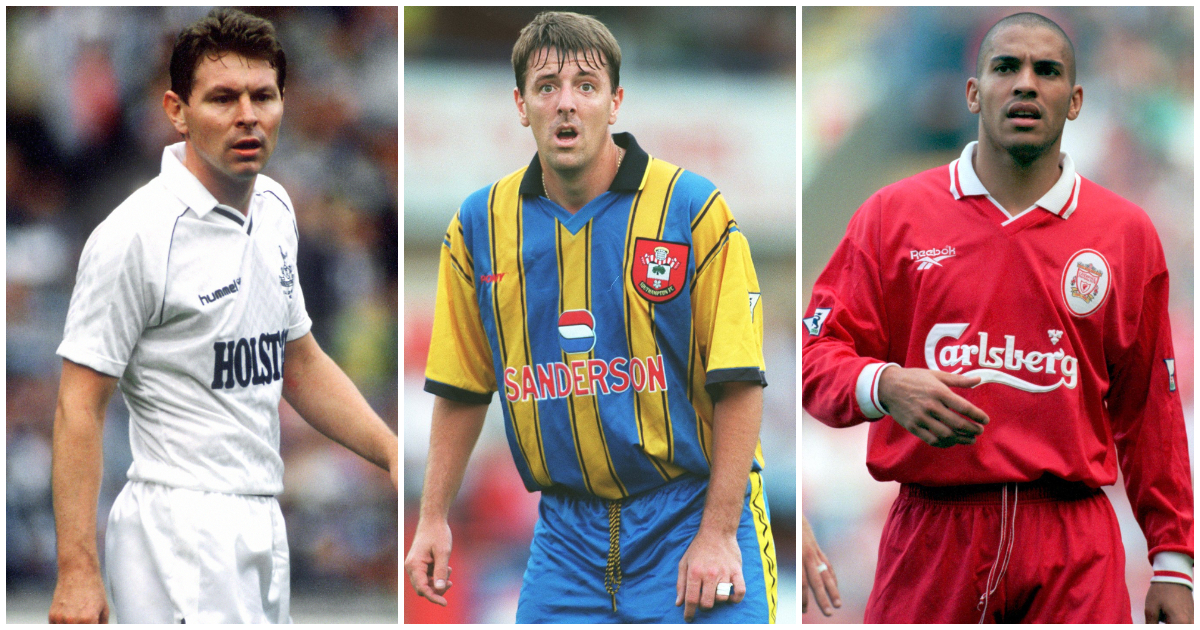 The debate continues to rage over Harry Kane and whether the England captain will have to leave Tottenham if he wants to win major honours.

He wouldn’t be the first England star go potless…

Matt Le Tissier
When Southampton pair Le Tissier and Alan Shearer presumably wept having ended up on the losing side in the 1992 Zenith Data Systems Cup final with Nottingham Forest in front of almost 68,000 at Wembley, they must have talked about how their chance would come again. For Shearer it would, with the Premier League being claimed three years later. For Le Tissier, that would sadly be as close as he would ever come to glory. He would never finish higher than seventh and the Saints would reach an FA Cup final the year after he left the club.

But he was bloody brilliant. And never having won a pot doesn’t seem to have dimmed people’s memories of that brilliance in the years since he hung up his Quasars.

Johnny Nic: The case for an England boycott of Qatar 2022

Allen scored 49 goals, including 33 league goals, for Tottenham in 1986-87, winning the Golden Boot and both the PFA and FWA Player of the Year awards. And though Spurs seemed on course for a Treble, they ultimately fell short across the board. David Pleat’s side finished third in the league; lost the FA Cup final to Coventry; and were knocked out of the League Cup by Arsenal at the semi-final stage.

Allen did win the Second Division title with QPR and with Rangers he lost another cup final, to Tottenham in 1982. Major honours also eluded him at Crystal Palace, Bordeaux, Manchester City, Chelsea and West Ham.

Stan Collymore
As Daniel Storey wrote in 2017: ‘England’s very own nearly man. There are many supporters of Nottingham Forest and Liverpool who will talk long into the night about Collymore’s natural talent, but his three England caps and lack of any major career honours is testament to the problems that bubbled under the service.’ As does the fact that he scored fewer Premier League goals than Dean Holdsworth.

Collymore did at least reach one major final, but he lasted only 74 minutes of the absolutely rotten 1996 FA Cup showpiece before watching from the bench as Eric Cantona scored a late winner to claim another Double for Manchester United. The irony is that Collymore had seemingly been close to joining United only for Sir Alex Ferguson to opt for Andy Cole.

Leighton Baines
Another big name who came close to joining Manchester United. Had Everton sold him to the Red Devils, his medal collection might have mirrored Marouane Fellaini’s haul of FA Cup, League Cup and Europa League; instead he has three times come close to claiming a medal and has emerged with jack all. He was in the Wigan side that finished second in the Championship and then reached a League Cup final in which they were comprehensively beaten by United. He then joined Everton and reached the FA Cup final in 2009 only to lose to Carlo Ancelotti’s Chelsea.

“During my time and in recent seasons we have just been beneath, we have come close a few times with cup finals, semi-finals, trips to Wembley but falling at the final hurdle,” said Baines in summer 2017 as he allowed himself to dream after a window of significant spending at Everton.

The investment reaped nothing and Baines retired without a winner’s medal.

F365 Says: Enjoying an international break that actually feels like a break

Johnny Haynes
Gerry Francis is the last England skipper to have won f*** all during his playing career but before him, Haynes captained the national team without a winner’s medal to his name, 60 years before Kane.

Haynes achieved plenty – he is widely regarded as Fulham’s greatest ever player having remained loyal to the Cottagers for two decades. He was the first player to be paid £100 a week after the abolition in 1961 of the £20-a-week maximum wage.

Pele said Haynes was the greatest passer he had seen but the closest he got to major honours was a couple of FA Cup semi-finals. Haynes did pick up one winner’s medal – the National Football League in South Africa with Durban City in 1971, a whites-only competition in the apartheid era.