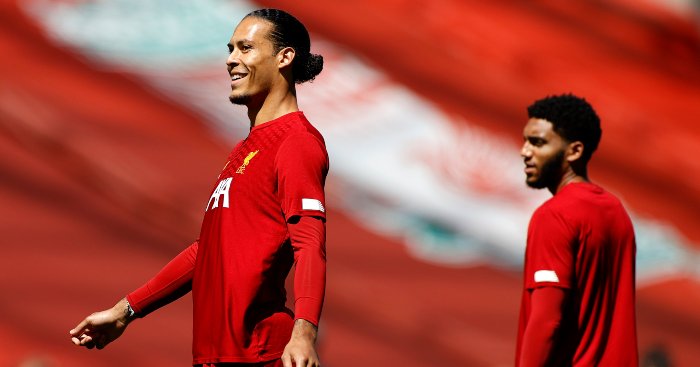 Some clubs need a centre-half. Others could do with a striker. One team needs to just get rid. It’s our guide to the January transfer window.

ARSENAL – Creative midfielder
Technical director Edu said himself that the next gap Arsenal need to fill in the January transfer window is “quite clear”: a team with fewer Premier League goals than Brighton and Newcastle “need a player with creativity in the middle”. The clamour for Mesut Ozil to be reintegrated will surely continue to be ignored and while Emile Smith Rowe is one of a few young players who could emerge, Mikel Arteta would be foolish not to seek external improvements. His leading chance creator after 15 games is winger Nicolas Pepe, starter of four league matches. If Houssem Aouar was their priority in November, the subsequent months can only have strengthened that resolve.

ASTON VILLA – Striker
Fifteen outfielders have played every single possible minute of Premier League football this season. Ollie Watkins is the only forward among that select group. Dean Smith has run his summer acquisition into the ground to such an extent that he also featured in all three of Aston Villa’s League Cup matches, this coming off the back of a 2019/20 season when he missed only ten minutes of Brentford’s 49 games en-route to Championship play-off heartache. Bertrand Traore, Anwar El Ghazi or Keinan Davis could theoretically fill in when Watkins does finally succumb to the entirely human need to rest, but Villa might prefer a more specialist alternative.

BRIGHTON – Midfielder
It would be simplistic to point out that Brighton probably need a more reliable source of goals. A handful of players have scored more than once in open play for the Seagulls this season, with Neal Maupay’s three supplemented by two each from Solly March and Danny Welbeck. But it is far more difficult to actually sign a decent and prolific striker. Plus, they create more than enough chances to get by and are comfortably mid-table in terms of scoring; it is their defensive record that is among the worst in the division. The occasional redeployment of centre-half Ben White has seemingly helped solidify Graham Potter’s side but a more permanent solution is needed in the middle.

BURNLEY – Right winger
Robbie Brady has started 18 Premier League games since December 2017. Johann Berg Gudmundsson has started 13 Premier League games since January 2019. Jeff Hendrick has long gone. Dwight McNeil is but one very young man. Josh Brownhill is becoming more central both literally and figuratively. Erik Pieters was a sticking plaster over a bursting dam. Burnley’s right-hand side is by far its weakest and those attacking options in particular really need sorting.

CHELSEA – Centre-half
He probably wouldn’t turn Erling Haaland down but Frank Lampard is nearing the stage where his response to any and every problem is the exact same regardless of context. It is a matter of time before he buys a young European forward after being asked to do the dishes. Chelsea’s interests would be better served by more defensive additions, with depth in both full-back positions needed and, on the evidence of Andreas Christensen and Antonio Rudiger’s scarce opportunities, centre-half cover and competition for Kurt Zouma and Thiago Silva too.

CRYSTAL PALACE – Centre-half
The entire concept of signings is rendered redundant by Roy Hodgson, who could be placed in charge of any group of players in history from Derby 2007-08 to Barcelona 2009-11 and guide them to mindless mid-table security regardless of expectation. He has Crystal Palace in 13th with Nathaniel Clyne, Joel Ward, Tyrick Mitchell, Jeff Schlupp and the James Mcs all taking on important roles, for crying out loud. But erstwhile midfielder Cheikhou Kouyate could probably do with a more stable defensive partner if we’re being picky; he has started alongside Scott Dann, Gary Cahill, Mamadou Sakho and James Tomkins already this season without being able to form a meaningful relationship.

EVERTON – Back-up striker
Marcel Brands once referred to the January transfer window as a time for clubs to only do business “because they are in trouble” and a month that “statistically” brings a far higher risk than it does any discernible reward. Everton have also shown that difficult questions with regards to the unavailability of crucial starters can be answered from within. But with a European qualification place hanging in the balance, they would be foolish not to at least consider bringing in attacking reinforcements to share the burden currently shouldered by Dominic Calvert-Lewin. If and when he finally needs to sit a game out either through choice or force, the options come with drawbacks: Richarlison would require some shuffling around of the entire first team; and Cenk Tosun is Cenk Tosun.

LEEDS – Midfielder
Interest in Rodrigo De Paul has been rekindled, if recent reports are to be believed. It is clear to see why as Leeds continue to ask plenty of Mateusz Klich in an already demanding position, under one of the most exacting coaches in modern history. The shallowness beyond him really is stark when laid out in simple terms: a striker (Rodrigo), a right-winger turned full-back (Stuart Dallas), a creative midfielder (Pablo Hernandez), a centre-half (Pascal Struijk), a left-winger turned left-back (Ezgjan Alioski), another striker (Tyler Roberts), a relative rookie (Jamie Shackleton) and the broken Adam Forshaw. They need something else.

LEICESTER – Centre-half
Brendan Rodgers has used seven different central defensive combinations in the Premier League so far this season, from the recent Evans-Amartey arrangement to the stopgap Soyuncu-Ndidi compromise, as well as a brief foray into Fuchs-Fofana-Justin territory. Wes Morgan is not far from being wheeled out for more than a few substitute minutes so they might as well at least try and sign someone they can sell on for ten times the price a couple of years down the line.

LIVERPOOL – Centre-half
‘Liverpool know that any defender they could sign in the January transfer window will either be ridiculously expensive – every club will smell their desperation and see their bulging purses from across Europe – or a short-term fix not worthy of a place in that defence. It’s almost five years since Steven Caulker and that will not happen again in 2021 or for as long as Klopp and the transfer committee remain entirely in tune with each other and the rest of the football club.’

Fair. But also Joel Matip is perennially on the verge of breaking so even when Virgil van Dijk and Joe Gomez return, Liverpool probably need another option to let Fabinho be a brilliant centre-half and let Bournemouth sign Rhys Williams and Nat Phillips for £50m each.

MANCHESTER CITY – Striker
A left-back would be handy but when the January transfer window opens it will have been exactly four years since Manchester City last signed a striker for actual money. Gabriel Jesus is good but nowhere close to the requisite goalscoring standard. Sergio Aguero is that very standard but has no knees. Does anyone still have Nolito’s number?

MANCHESTER UNITED – Defensive midfielder
Nemanja Matic still has his uses, which is the least Manchester United could hope for from a player given a three-year contract extension in July. But even at his best, he is a 32-year-old whose systemic lack of mobility means he is never far from being outpaced by Demba Ba or keeping Harry Maguire company in defence. Ole Gunnar Solskjaer at the very least needs an alternative in the position.

NEWCASTLE – A new manager
But also a right-back. Javier Manquillo has started five games there ahead of Jacob Murphy (four), Emil Krafth (three) and DeAndre Yedlin (two). Brandon Williams could kill two full-back birds with one loan stone by offering simultaneous cover for Jamal Lewis on the left.

SHEFFIELD UNITED – Creative midfielder
The last Premier League goal scored in open play by a Sheffield United midfielder came on the final day of last season. None of John Lundstram, Sander Berge, John Fleck, Oliver Norwood, Ben Osborn or Ethan Ampadu have created more than one chance per game. The Blades have plenty of gaps to fill but none more so than in their soft centre.

SOUTHAMPTON – Full-back
A total of 167 days have passed since Pierre-Emile Hojbjerg and Jake Vokins started the same Premier League game at right and left-back respectively for Southampton. If that doesn’t underline how Ralph Hasenhuttl needs full-backs then nothing will.

TOTTENHAM – Outgoings
“You ask me about Dele, you could ask me about the other seven players we left behind,” said Jose Mourinho in September. “To be honest I don’t like the number of players I have in my squad, it is very, very difficult to manage in every aspect of my job,” he continued, airing his first-world problems of having “too many players” at Tottenham. Paolo Gazzaniga and Danny Rose were not registered in the Premier League, Jack Clarke and Gedson Fernandes have barely been afforded an opportunity and Alli is surely headed elsewhere in a January transfer window sure to involve more offloading than incoming.

WEST HAM – Striker
In an ideal world Michail Antonio would be five years younger and infinitely more robust. The makeshift centre-forward ranks tenth for Premier League goals in 2020, five ahead of closest teammate Tomas Soucek. Sebastien Haller has performatively refused to celebrate his five goals this calendar year. Beyond that and Jarrod Bowen there really isn’t much consistent attacking threat in east London.

WOLVES – Striker
The injury to Raul Jimenez and his indeterminate absence has only exacerbated the existing need for Wolves to source some goals. Adama Traore’s last in the Premier League came on December 27 (of 2019). Pedro Neto and Daniel Podence are excellent but ultimately need a focal point to play off. Fabio Silva is an untested teenager thrust into a difficult position. Only Burnley and the bottom three have scored fewer league goals than Wolves’ 15 in 16 games and it really is starting to show. Diego Costa incoming?