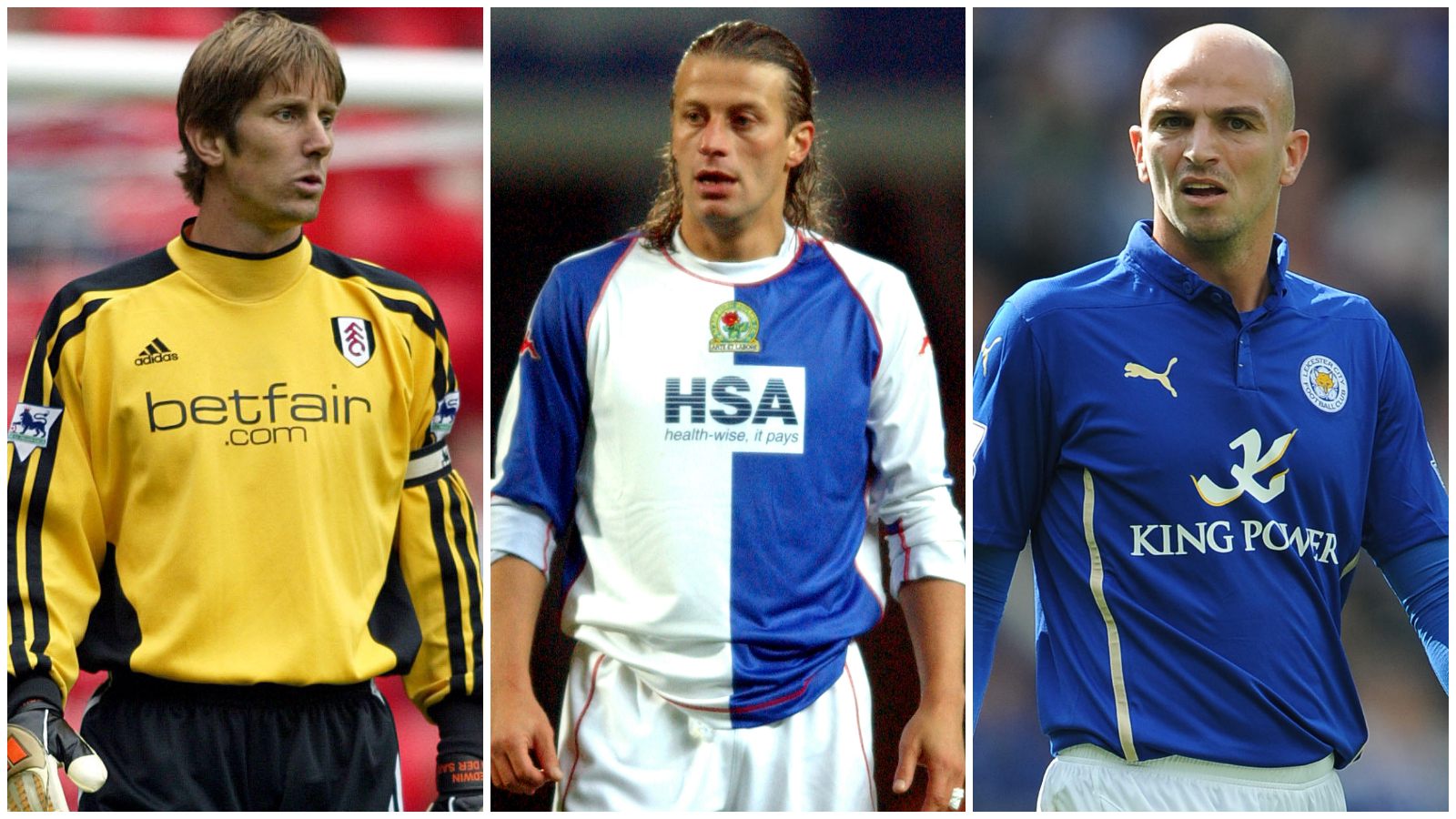 If Jesse Lingard makes a similar impact to four of these lads, Forest have played a blinder. And his TikTok habit is healthier than Tugay’s…

Esteban Cambiasso
Leicester City certainly wasn’t the obvious destination for the Argentina midfielder when he left Inter Milan after 10 years at the San Siro, where he won five Serie A titles and the Champions League. And prior to that, he had two seasons at Real Madrid alongside Zidane, Ronaldo, Roberto Carlos and David Beckham.

Cambiasso scored the goal that started Leicester’s great escape, an opener against West Ham that prompted a seven wins and a draw from their final nine games. His contribution was enough to earn him the Fans’ Player of the Year award.

Edwin van der Sar
Fulham’s transfer record was all of a day old when they broke it again by following up the signing of Steed Malbranque by landing one of the world’s best keepers for £7million.

Jean Tigana had been looking for a new stopper all summer and was known to be interested in Coventry custodian Marcus Hedman. But when it emerged that Van der Sar might be available, the Cottagers plonked £7million on Juventus’s table and walked off with the Holland No.1.

Juve were willing to part with Van der Sar having signed Gianluigi Buffon for a world record fee the previous week. Van der Sar was happy to move to London after the Old Lady went back on assurances they had previously offered over his status. By the time Tigana showed an interest, Van der Sar had been made to train with Juve’s youth team.

“At Ajax, Juventus and Holland I have played with top teams and I now want to use my experience to reach the same goal with Fulham,” he said upon arriving at Craven Cottage. And it worked out pretty well. Van der Sar tended Fulham’s net for four seasons as No.1 before Sir Alex Ferguson took him up to Manchester United as a woefully-belated replacement for Peter Schmeichel.

Joao Moutinho
The midfielder was Portugal’s third-highest-capped player ever, behind only Cristiano Ronaldo and Luis Figo, when Wolves rocked up and paid Monaco £5million in 2018.

Wolves, the previous season’s Championship winners under Nuno, were on a mission to equip themselves for the Premier League and Moutinho’s arrival followed the signings of Raul Jiminez and Rui Patricio.

Moutinho had just played for Portugal in the World Cup and the then-31-year-old settled instantly in the Premier League. If it was always his ambition to play in the English top-flight, as he claimed upon joining Wolves, then why the f*** did no one give him the opportunity sooner?

Moutinho’s class and consistency helped Wolves to a seventh-place finish in the Premier League while winning the club’s Player of the Year award. Four years later, he’s still pulling strings into a fifth campaign at Molinuex.

Tugay
Graeme Souness wasted no time after finishing as First Division runners-up in 2001 in bringing Tugay to Ewood Park.

The midfielder, then with more than 70 caps for Turkey to his name, was closing in on his 31st birthday and was struggling to get a game at Rangers. Souness had worked with him for a year at Galatasaray and knew his quality: “I’m sure he’ll do very, very well for us.”

Souness underplayed it. Tugay was majestic in Rovers’ midfield, spraying passes with laser-guided accuracy and beating world-class keepers from long-range almost at will. And he did it until he was 38, despite a 20-a-day habit.

“He would smell of tobacco in the dressing room beforehand. Then he would run the show for 45 minutes. Then he would be smoking again at half-time,” recalled former team-mate Matt Jansen. “I remember Souness looking around a dressing-room at half-time and saying, ‘Where’s Tugay?’ We all looked over to the toilets and there were rings of smoke coming out of the top of the cubicle.”

"A proper footballer, a class act on & off the pitch. He really should have played at one of the big big European clubs. I could easily have seen him in the midfield at Milan, Madrid or Barcelona."@stevenreid12 on playing alongside Tugay https://t.co/3todqOVH83@jcbrfc1979 pic.twitter.com/pY4hlqvOFf

Rodrigo
Leeds had the pull of Marcelo Bielsa when they finally clawed their way back to the Premier League in 2020. And they made pretty good use of it…

The best signing, in hindsight, was their 13th recruit of the summer, a £17million winger from Rennes. Two years on, Raphinha has been sold to Barcelona as a Brazil international for three times what Leeds paid for him.

But the biggest signing of Leeds’ first summer back in the top flight was a club-record deal to land a striker already a senior international for Spain.

Rodrigo had netted eight goals in 22 caps by the time Leeds smashed their 20-year-old transfer record to bring him from Valencia for £26million. But the biggest buy struggled to keep up with Raphinha. While the Brazilian gets his feet under the table at the Nou Camp, Rodrigo is at something of a crossroads, with 13 goals and three assists from 57 appearances, and half of the four-year contract he signed still to go.