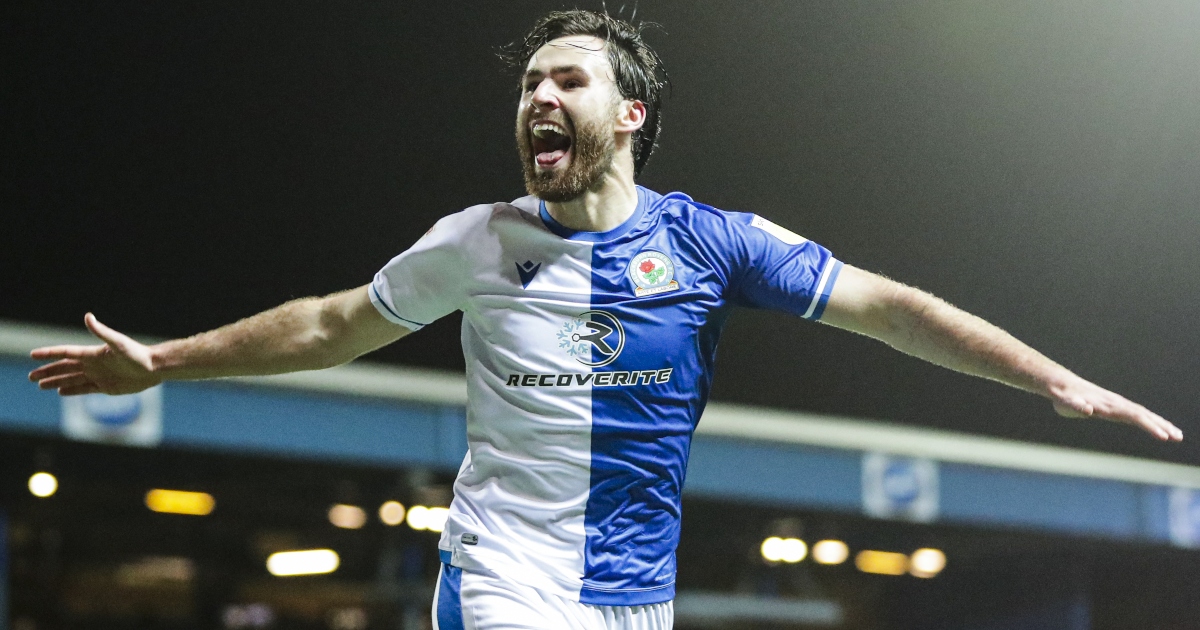 It is time to pay tribute to Ben Brereton Diaz, the Stoke-born striker who became big in Blackburn and an absolute star in Santiago.

Who’s this then?
Benjamin Anthony Brereton Diaz is a 22-year-old, 6ft 1in striker born in Stoke to an English dad and Chilean mother and is now playing for Blackburn Rovers. With 20 goals in 25 games he is currently the second-highest goal scorer in the Championship and valued at £25million.

BBD was a youth team player for Manchester United from age seven to 14 before moving to Stoke for two years prior to signing for Nottingham Forest in 2015.  At the City Ground he proved to be an outstanding talent and made a big impression in the academy scoring 15 goals in 20 games.

In 2017 he made his first team debut in January, scoring his first goal, a winner against Aston Villa the following month. He won the Championship Apprentice of the Year award at the end of that season and finally signed a professional four-year contract with Forest.

2017 was a big year for him as he was called up for the England Under-19 squad, ending up winning the UEFA European Under-19 Championship as joint top scorer.

However, his form for Forest was less impressive in this period and though he played 39 times in 2018-19 he only scored six times. He was loaned to Blackburn and that loan was made permanent in January 2019. His fee was £7million.

However, success was not instant and his slump in goalscoring form continued until the start of this season. When 2021-2022 started he’d netted only nine times in 88 games.

However, things were about to change. Earlier last year he was called up to play for Chile after fans noticed on Football Manager that he was half Chilean; he added his mother’s maiden name to his and it seemed to somehow magically transform him into a lethal striker. In June he scored the winning goal in a 1-0 victory over Bolivia and later scored in World Cup qualifiers against Paraguay and Venezuela.

His six goals in five games of the new season won him last September’s Championship Player of the Month. Going from strength to strength he has been battering in goals left, right and centre. At this rate he could get near to, or surpass, 40 for the season.

Why the love?
It is easy to think that fans only love those who perform to a high standard from the get-go but BBD is proof that there is at least as much joy, if not more, in seeing someone emerging from an initial struggle and blossoming into a fantastic player.  That has very much been the case with BBD. His shift in form has been so profound, it really is quite remarkable. While fans say his form was improving before he started this scoring streak, nonetheless the quantum leap in end product, well I can’t think of another such extraordinary example in recent years.

Perhaps the international call-up and the name change really did make a psychological difference. It seems to be in the mix. Is it too fanciful to think that it freed him dragging around his failures and allowed him to become the talented striker that his youth form had already proven him to be?

What we see now is a very confident and direct player who is unafraid to take penalties. He strikes a powerful right-footed shot and has the height for some deft glancing headers.

He’s exceptional at cutting in from the left of the box and shooting across the keeper into the top right-hand corner. Nice trick if you can pull it off.

It’s noticeable that his Blackburn goals tend to be finishing off a great move with a tap in or pouncing on a defensive mistake rather than being big individual efforts. This is important, I think, because it means he’s getting good service and support and that should help his excellent form to continue.

Sometimes, if a player is scoring a lot of goals out of nothing, lashing it in from 25 yards, it can just be a phase or luck or whatever it is, like that time Papiss Cisse couldn’t miss for Newcastle wherever he shot from. But those sorts of purple patches don’t last, whereas the striker who is scoring a lot of team goals, seems to be a much more sustainable trend.

Three great moments
All his goals so far this season…

What a great run and shot this is…

What the people say
– A genuine redemption story. By all accounts a lovely lad who struggled to carry the fee assigned to him but has worked hard, never given up and deserves all the acclaim headed his way. Just shows how important confidence is to a player and what a change of scenery can produce.

– He is pure proof that a change of name can truly be a new chapter in your life, since he added the Diaz he has become a totally different player.

The best sports movie not yet made. A real sea-change in confidence from an international call-up allowing him a chance to blossom and return stronger, faster & more effective.
Destined for bigger things you suspect but hard to begrudge him his chance.#Diaz #BBD #LaRoja 🇨🇱

– The ultimate example of a “confidence player”. Spent a couple of years looking like a hollow shell of a footballer – glimpse of talent but a bungling mess. One summer of rejuvenation with the Chilean national team and he’s one of the finest footballers in the Championship.

– Destined for bigger things you suspect but hard to begrudge him his chance.

– Don’t know much about him but his mums’ half Stoke, half Latina accent is wondrous.

– I’d say he was one of our best players in the first half of last season before he picked up an injury. The Chile summer catapulted him to heights nobody dreamed of, but he was finding his feet before the international exploits.

– Brereton was used in many different roles as a support act to Adam Armstrong but didn’t shine & copped flak for it. Never whinged though. As soon as Arma moved on, Diaz stepped in.

– In his first two seasons, more of his shots went out for throws than troubled the keeper, let alone hit the back of the net. Astonishing turnaround beyond anyone’s wildest dreams!

Future days
Obviously, a prolific striker is always going to be on a top club’s shopping list. Blackburn fans may be worried that he’ll be snaffled in the January window, perhaps by Newcastle as they seem keen on buying anything with a pulse. But that seems unlikely. First, he’s only had a great six months, and that will make bigger clubs wait to see if this form can at least be followed through on for the rest of the season. And by the end of the season, Rovers may well be in the Premier League if their current superb form under Boro boy Tony Mowbray continues.

And in turn, that promotion may convince BBD to stay on at the club, at least for a season. If they don’t go up, then it seems inevitable he’ll be sold. How much for? The figure of £25 million is being talked about right now, but with the Premier League’s notorious financial incontinence coupled with needy desperation, will drive that up by about 10 or £15million, at least it will if his goalscoring form has continued.

If he does play in the Premier League, the one major difference is that the top half sides tend to make less fatal mistakes than in the Championship, so the goals that anyone scores due to those mistakes at a lower level are not available. Many top Championship strikers find goals much harder to come by when they step up a level and it isn’t always obvious which one will be the 30-goal man who becomes the 10-goal man.

As he’s only 22 years old, there are many more chapters to be written in the Ben Brereton Díaz story yet.