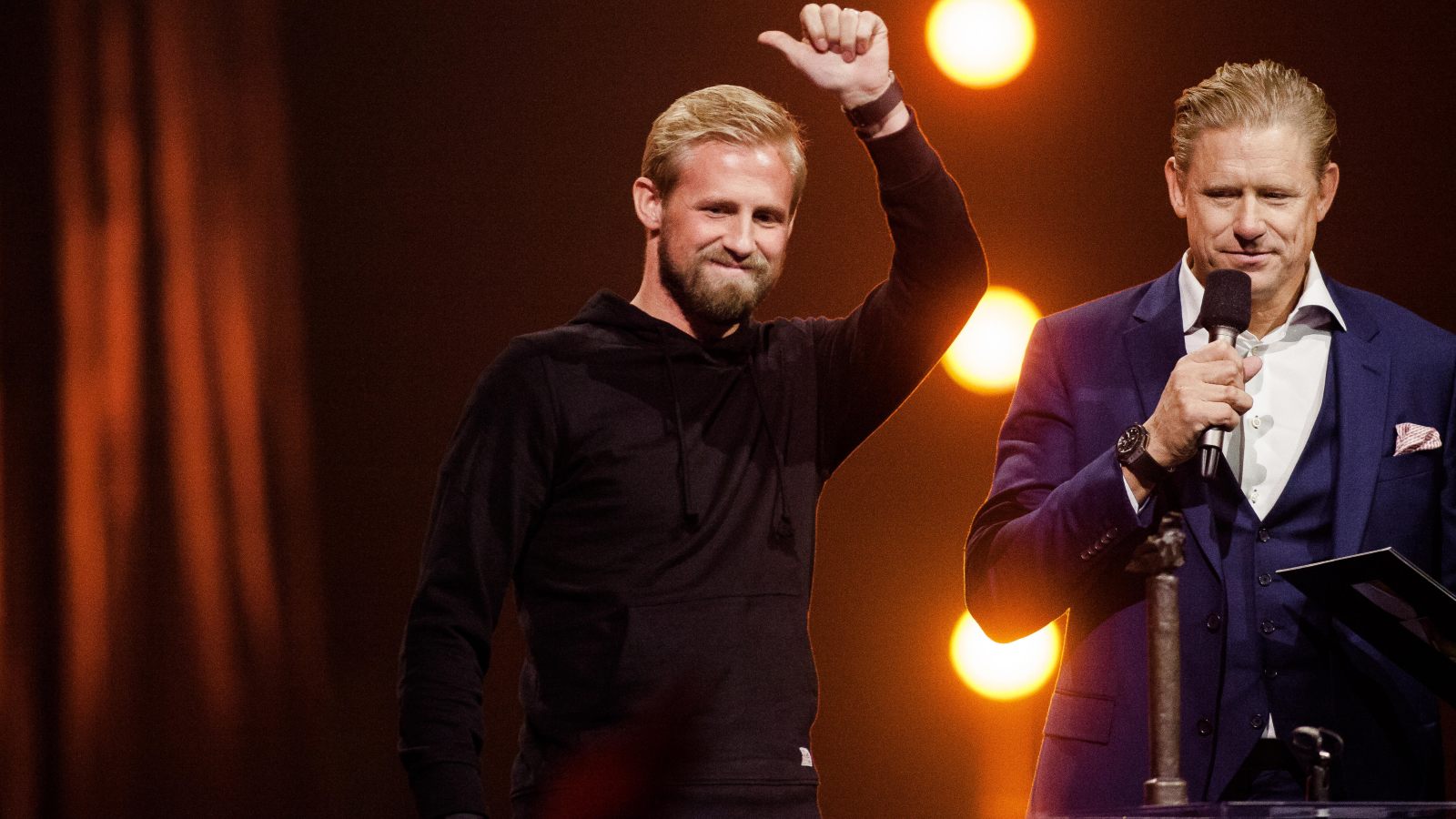 After 11 years at Leicester having paid his dues through the leagues, Kasper Schmeichel has left English football. But Johnny Nic reckons we’ll see him again…

Who’s this then?
Kasper Peter Schmeichel is a 35-year-old 6’2” Danish goalkeeper who has just left Leicester City after 11 years at the club and 16 years in English football, to move to Nice, France.

The son of the famous Manchester United goalkeeper, his career got started at Manchester City as a youth-team player in 2002. In 2006 he was loaned out to Darlington and then to Bury. The next couple of seasons he went to Falkirk, Cardiff and Coventry City, which is certainly paying your dues.

In 2009 Manchester City finally let him go after playing just 10 games for them. His destination was Notts County who were having something of a financial spasm which, of course, attracted Sven Goran Eriksson as manager. Kasper was given a million-pound contract – in League Two! He kept 24 clean sheets in 43 league games and won the league title.

Naturally, the financial splurge couldn’t last and they released him from his contract and rather nobly surrendered any wages owed to him. Leeds United came in and took him to the Championship but it was an unhappy season and he didn’t settle.

Leicester City came in for him in 2011 who were managed by…yes…it was Sven again. Good old Svennis, no gravy boat was too deep for him. In his first season, Kasper was made the club’s Player of the Year and Players’ Player of the Year. Result.

He played three seasons in the Championship before winning promotion to the top flight in 2014. In total he played 479 games for the Foxes and became a club legend for the consistency of his performances.

But this summer, with a year left on his contract, he decided to move on to France for a new challenge, perhaps sensing that change was underway at Leicester, that Brendan will be off soon enough and that the club looks destined to struggle, taking a three-year deal at Nice.

He leaves with everyone’s good wishes and a fantastic reputation.

11 seasons… made so special by the people behind the scenes, those on the pitch alongside me and by the fans.

Your support has been amazing and I’m very grateful to each and everyone of you.

Thank you and I will see you all soon. Kasper

Why the love?
He seems to have been around forever doesn’t he, and for a while it looked like he wouldn’t live up to the reputation of his father, however, slowly but surely he seemed to grow into the gig and became an absolute rock on and off the pitch. A forceful personality, it seemed to come naturally to him to tae charge of situations.

At 6’2” he’s hardly the tallest keeper in an era where 6’5”-ers seem to rule the roost. However, he is that one thing that all fans want keepers to be: brave. To be a goalie is to be exposed all the time in every game. Other players can hide from the ball, other players can make mistakes, other players can have an off day but goalkeepers cannot do any of those things without catastrophic consequences. So it’s no surprise that they tend to be very individualistic and walk their own path.

Kasper evolved into a big presence at Leicester with real authority and gravitas. It was no surprise to see how he reacted to Christian Eriksen’s collapse in that infamous game. It was he who comforted Christian’s wife, he who shepherded his players to give the stricken player some privacy. There are people in all walks of society that you can lean on when the going gets tough. The people you’d want alongside you in the trenches both literally or metaphorically and he seems to be one of those people.

On the pitch he was an excellent penalty stopper – he saved 26 out of 102 across his career, which sounds really bloody good. He could come out and do that star jump thing to make himself as big as possible, was agile, plucked crosses out of the air and that fantastic thing where you leap to the left, but save the ball with your right hand. Always looks good, that.

It is no coincidence that he was in goal for the Foxes most successful period in their history. I can’t find a stat on how many points he effectively won for the club but it must be a substantial number.  His leaving the club looks ominous for their fortunes and is certainly the end of an era. However, something tells me that even when he chooses to retire, we have not heard the last of Kasper in English football.

Not every player would do this for the fans. It speaks very well of him that he did…

Future days?
A three-year contract at Nice will take him up to age 38, which does not have to be an end in itself with some now playing till they’re over 40. Has his form deteriorated? It doesn’t seem to be the case. However, trading Leicester for the south of France sounds like a very cool move to make. And Nice are a good club, finishing fifth last year in Ligue 1, now under Lucien Favre’s management. Last year they only let in 36 goals, as few as PSG and the lowest in the league, so he’s got some high standards to maintain. They’ve qualified for the UEFA Europa Conference League play-off round, so he’s a good chance of playing European football again this season.

It’ll be very interesting to see how he performs in France after 11 years at one club. It may give his mojo a total reboot or it may seem so alien that it is hard to settle. But as a dedicated professional and one with plenty of stones, you wouldn’t back against him doing really well.