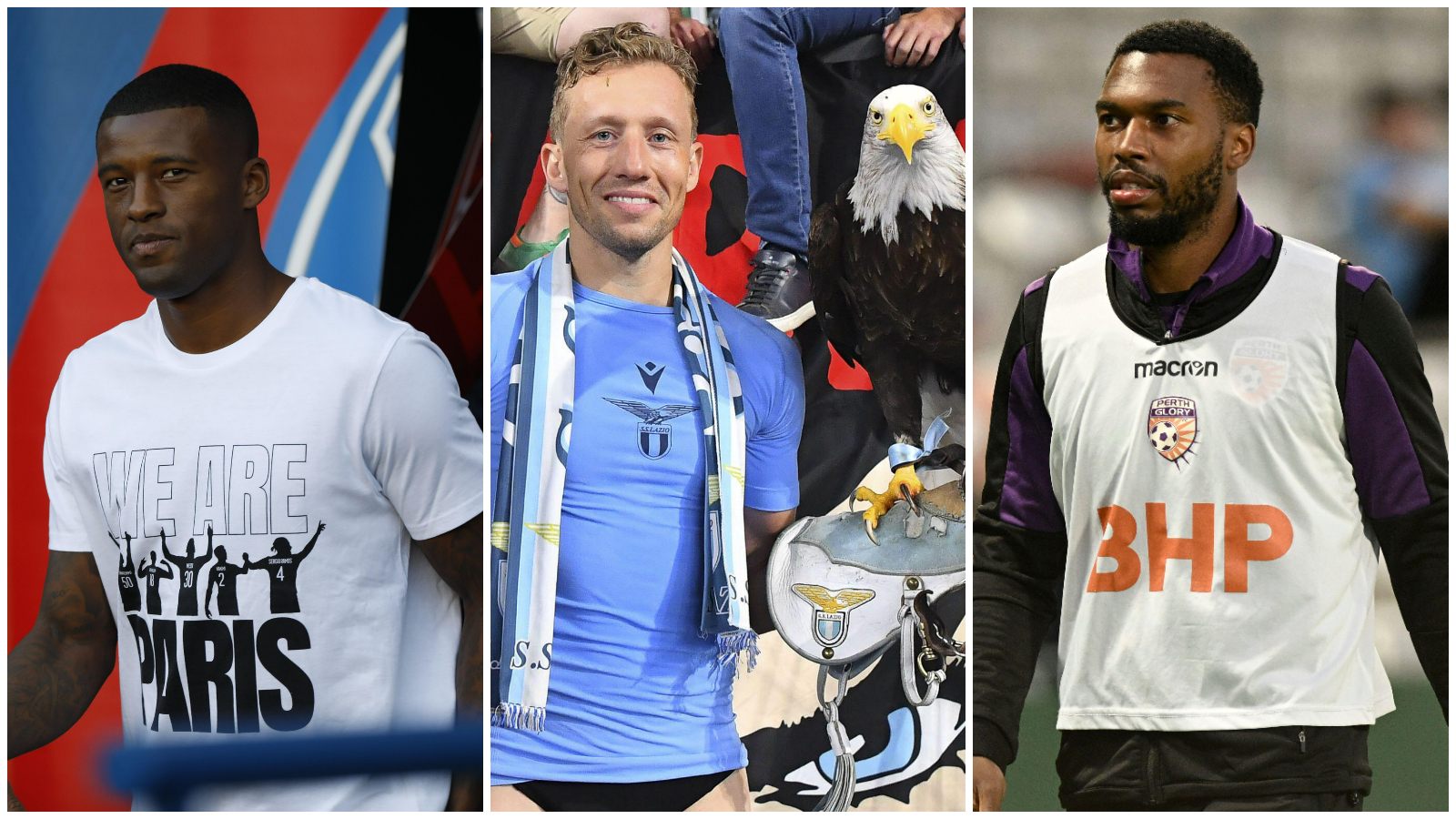 With Sadio Mane on his way, we’ve taken a look at how other players fared after leaving the bosom of Jurgen Klopp’s. For the most part: not well.

Here’s how we’ve ranked the players sold or let go by Liverpool during Klopp’s reign on how they’ve thrived or flopped since. Only players to have played 10 Premier League games are included…

26) Jordon Ibe
Liverpool robbed Bournemouth of a club-record £15million fee for which the Cherries got woefully little in return while he ran down a four-year contract. Played one game for Derby before moving to the Turkish second division.

25) Lazar Markovic
If Liverpool fans were underwhelmed by Markovic, Fulham fans were flabbergasted. He managed a single appearance for the Cottagers as a half-time substitute in a 3-1 defeat. Then the winger, still only 28, returned to Serbia with Partizan Belgrade.

24) Daniel Sturridge
If Sturridge didn’t fulfil his potential at Liverpool, he certainly had no more joy elsewhere. In the three years since leaving Anfield as a free agent, the forward has managed 17 games across spells at Trabzonspor and Perth Glory. He spent some time in Los Angeles, where he was taken to court for failing to pay a reward he’d promised for the return of his dog which was stolen in a break-in.

23) Mario Balotelli
Played for six clubs since leaving Liverpool, making the best fist of it at Nice. Earned an Italy recall earlier this year but remains a wasted talent. Not that he gives a shiny sh*te what we or anyone else thinks, and if he’s happy, fair f***s to him.

22) Kevin Stewart
The midfielder managed 11 Premier League appearances for Liverpool before being sold to Hull. There, he saw out a three-year contract before moving to Blackpool. He’s managed 25 league appearances over a couple of injury-hit seasons.

21) Andre Wisdom
It took four loans until Liverpool finally got shot of Wisdom, who went to Derby for £4.5million. He had four seasons at Pride Park before leaving last summer. Trained with Birmingham and trialled at Sheffield United but hasn’t been seen near a first team.

20) Xherdan Shaqiri
The Swiss star joined Lyon for £9.5million but after only half a season, the French side were looking to move him on again. Chicago Fire gave them just over half their money back to make him their most expensive signing ever.

19) Jose Enrique
The left-back was released by Klopp in the summer of 2016. He joined Real Zaragoza on a two-year contract but had to retire due to a knee injury a year later.

18) Mamadou Sakho
Problems with his timekeeping saw Sakho dropped from Klopp’s first-team squad before Palace plucked him from the stiffs, initially on loan, then the Eagles coughed up £24million. For Sakho and Benteke, the Reds earned £56million from Palace. There, Sakho was a regular before he spent the last year of his contract kicking his heels prior to a free transfer to Montpellier.

17) Philippe Coutinho
Coutinho finally got the big move to Barca that he craved in 2018 – though he would be forgiven for wishing he hadn’t bothered. The Brazilian struggled to fit in at the Nou Camp, with Barca waiting barely a year before hawking him around Europe, looking for another patsy to give them as much of their £142million back as possible. Bayern didn’t fall for it; they had to settle for £17million from Villa.

16) Joe Allen
Went to Stoke in 2013 for £13million and he remains there, six years later and a division lower.

15) Christian Benteke
Liverpool somehow got their money back on Benteke from Crystal Palace, where the Belgium striker remains having scored 37 goals over six seasons.

14) Emre Can
The German was one of a few freebies hoovered by Juventus but the Old Lady will still feel like they didn’t get value for money. He lasted 18 months at Juve before being shipped off to Dortmund.

13) Ragnar Klavan
The seven-time Estonian Player of the Year joined Cagliari for £2million after a couple of seasons as a stand-in at centre-back. He made 50 league starts in three seasons, finishing 14th, 15th and 16th in Serie A.

12) Nathaniel Clyne
After the full-back’s injury problems at Liverpool, Clyne proved his fitness at Palace, subsequently signing three contracts to stay at Selhurst Park at least until the end of next season.

11) Georginio Wijnaldum
One of very few players to make what he might have considered a step up – certainly in terms of salary – but Wijnaldum struggled to establish himself at PSG since joining last year as a free agent. The midfielder won a Ligue 1 title, obviously, but he started fewer than half of PSG’s league games.

10) Dominic Solanke
When Liverpool first took £24million off Bournemouth for the centre-forward, it appeared that the Cherries had been stitched up. Solanke scored three Premier League goals in 42 appearances over two seasons as Bournemouth were relegated. But the former England striker thrived in the Championship, scoring 15 goals in his first season to end the campaign as the club’s top scorer before bagging 29 as they returned to the Premier League.

9) Alberto Moreno
Arguably his best contribution to the Liverpool cause came after he left Anfield, when he stuck it to Man Utd fans after his Villarreal side beat the Red Devils in the Europa League final.

8) Dejan Lovren
Lovren was a Premier League winner in his final season at Anfield before joining Zenit for £10.9million, where he’s picked up another couple of title winner’s medals despite struggling with injuries.

7) Adam Lallana
The former England midfielder has enjoyed better luck with injuries since leaving Liverpool for Brighton in 2020, being unavailable for only four games as the Seagulls earned their best ever Premier League finish.

6) Kolo Toure
Followed Brendan Rodgers to Celtic in 2016 and played 20 games while winning a domestic Treble. Retired a year after leaving Liverpool and became a coach at Parkhead.

5) Martin Skrtel
Went to Fenerbahce in 2016 for £5million and spent three years in Turkey before a three-week spell at Atalanta. Subsequently played for İstanbul Başakşehir where he won the Turkish title.

4) Luis Alberto
Okay, we’re cheating a little here as the Italian made only nine Premier League appearances for Liverpool but he’s one of few players to enjoy relative success after leaving Anfield in 2016. Alberto has played six seasons at Lazio since moving to Rome for £6million, making the Serie A team of the year in 2019-20.

3) Danny Ings
Ings made a decent fist of his first move after Liverpool, scoring 33 goals in 67 Premier League appearances following a £20million switch to Saints while briefly winning back an England place. He hasn’t flourished as much at Villa, bagging seven last season, but Villa have no intention of selling him.

2) Simon Mignolet
Being bombed out for Loris Karius would drive some players into retirement but Mignolet has bounced back, playing Champions League football for Club Brugge. The 34-year-old also remains in the Belgium squad.

1) Lucas Leiva
After 10 years at Anfield, Lucas went to Lazio for £5million, becoming a two-time Player of the Season for the Rome club and winning a Coppa Italia along the way.