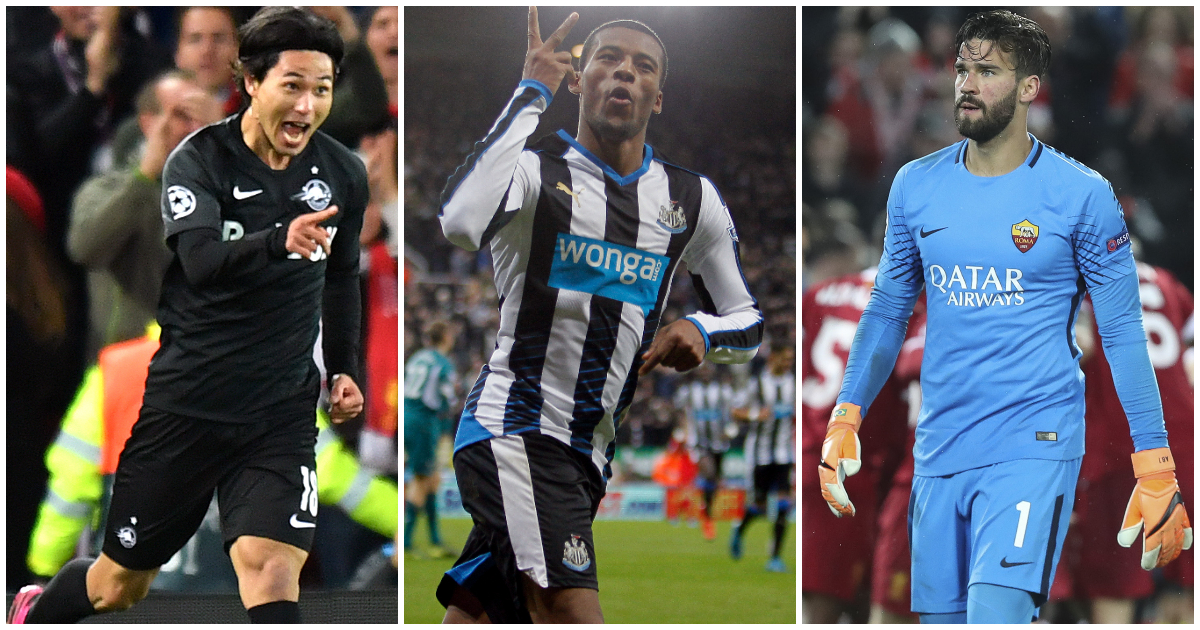 Luiz Diaz certainly isn’t the first player to catch Jurgen Klopp’s eye while playing against Liverpool. Here are five players the Reds boss signed after seeing them face his team, with varying results…

Steven Caulker
Caulker was Klopp’s second signing as Liverpool boss, with the defender arriving in January 2016 on loan from QPR to help ease a centre-back injury crisis.

Caulker had spent the first half of the 2015/16 season being borrowed by Southampton; it was not a productive spell. His final game for Saints, before his loan was curtailed to allow him to join Liverpool, was against the Reds in the League Cup quarter-finals.

Klopp’s side battered Saints 6-1, despite Sadio Mane opening the scoring for the hosts in the first minute. But Daniel Sturridge scored two, Divock Origi netted a hat-trick and Jordon Ibe helped himself to the other.

Despite scoring six against the Saints defence, Klopp obviously saw something in Caulker to bring him to Anfield the following month. Klopp had to wait a little longer to sign Caulker’s centre-back partner that night: Virgil van Dijk.

Steve McClaren’s Newcastle beat Klopp’s Reds 2-0, with Wijnaldum earning man of the match by netting and forcing Martin Skrtel into scoring an own goal.

Wijnaldum had already scored six goals for Newcastle and finished the season on 11 with five assists. One of those came at Anfield later in the season when Wijnaldum came off the bench to set up Jack Colback for an equaliser in a 2-2 draw.

Klopp was so impressed, he made £25million Wijnaldum his seventh signing of the following summer after Newcastle were relegated.

Sadio Mane
The third of those recruits was Mane, who arrived from Southampton for £34million in June 2016. In the season prior to his big move, he certainly made an impression on Klopp.

In three games against Liverpool, Mane scored four goals in a win, draw and a defeat, while missing a penalty at St Mary’s and being sent off at Anfield.

The performance that really left a mark on Klopp came in a 3-2 home win for Saints. Liverpool led 2-0 at the break before Mane came off the bench to score twice, including an 86th-minute winner, as the Reds caved in to Ronald Koeman’s men. It would have been a hat-trick had Simon Mignolet not saved his spot kick.

Mane was only playing after his red card at Stoke the previous week had been overturned. When he moved to Anfield the following summer, he became the fifth Saint in two years to join Liverpool.

Alisson
The concession of seven goals in two games against Liverpool didn’t deter Klopp from paying a world-record fee to bring Alisson to Anfield from Roma in 2018.

The Brazilian keeper was caught in the crossfire when Liverpool blew Roma away with five goals in the opening three-quarters of their Champions League semi-final first leg at Anfield. Loris Karius conceded two late goals before Roma gave the Reds a scare in the return by coming within a goal of a stunning comeback.

Liverpool reached the final where Karius made abundantly clear the need to sign Alisson.

Roma initially quoted £90million, before dropping the price to £75million. Liverpool secured a further discount to land the Brazil No.1 for £65million.

Takumi Minamino
Klopp didn’t hang about over Minamino. Liverpool signed the attacking midfielder from RB Salzburg after coughing up for his £7.25million release clause in December 2019, just short of a fortnight before the January window opened.

Two months prior to landing Minamino, Klopp watched the Japan international play a leading role in Salzburg giving Liverpool a fright at Anfield in the Champions League.

Liverpool led 3-0 in the first half before Wolves’ Hwang Hee-chan and Minamino scored either side of half-time, setting the stage for Erling Haaland to level. Mo Salah spoiled it all by scoring his second of the night to give the hosts a 4-3 win.

Klopp took another look nine days before Minamino was unveiled as a Liverpool player when the Reds went to Austria and won 2-0. In signing for Liverpool, Minamino became the fifth player in Klopp’s squad to have worked under Ralf Rangnick.