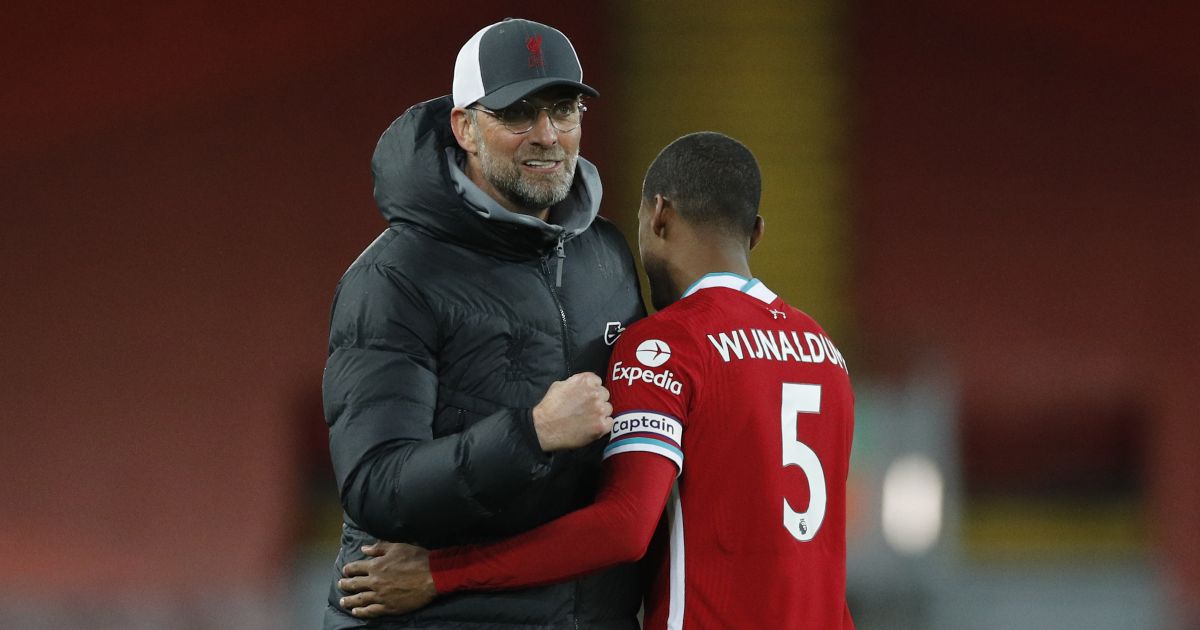 Jurgen Klopp once said “I like (my players) more than they like me! Because I have to make hard decisions, that’s how it is.”

As Liverpool continue to sell, here are 10 that he liked but lost….

1) Simon Mignolet
When Mignolet was vying for the number one spot with Loris Karius in Klopp’s second year, it felt easier for Liverpool fans to hide behind the sofa. Neither keeper distinguished themselves in major finals for the club but it was the Belgian who had earned the right to a dignified exit. “The respect he commands in our dressing room is unrivalled. An outstanding athlete, an outstanding person” said Klopp. The truth was that when Mignolet asked to leave for Bruges in the summer of 2019, the German didn’t want him to go:“He’s a ‘keeper good enough to start for all the teams in the Premier League.” He relented out of sheer respect for the man. Liverpool got Adrian instead…..

2) Philippe Coutinho
Trophies. Phil wanted trophies. You can’t say Jurgen didn’t try everything to keep his midfield pocket genius to realise that dream. The Brazilian’s dream move to Barcelona in January 2018 soon went pear-shaped of course. Coutinho might be musing on those wise words that his ex-manager allegedly said: “Stay here and they will end up building a statue in your honour. Go somewhere else, to Barcelona, to Bayern Munich, to Real Madrid, and you will be just another player. Here you can be something more.” Coutinho is 29 now. It feels like he swapped the Golden Age at Liverpool for fool’s gold in Catalonia.

3) Adam Lallana
When he fell into the arms of his manager after Klopp’s first game against Tottenham in 2015, you knew this relationship would flourish. Lallana was the trendsetter for the professionalism that Jurgen Klopp craved. Just before the move to Brighton on a free last year, the German said of his favourite neighbour: “For now, I miss already everything about him and in this moment he is still here. He is an outstanding player and he is one of the most influential players on the training quality I’ve ever had in my life.” Lallana even gave James Milner a run for his money on the lactate test

4) Joe Allen
Sometimes, it was a love story between Jurgen and Joe. Brendan’s favourite disciple scored the winning penalty to get the German through to his first domestic final with Liverpool. He also pinged the late equaliser which prompted Klopp’s mad rain dash down the touchline against Arsenal in 2016. Generally, Allen couldn’t get a run in the first team. The Welsh Pirlo revealed.“Klopp had said ‘if we can get someone in then you can go’. That was pretty straightforward, but he did say ‘we don’t have anyone lined up, so if we don’t [sign a replacement] you are staying’.” Eventually, Allen went to Stoke and Klopp started missing him more than he thought he would…

5) Lucas Leiva
After a decade of distinction at Anfield, Lucas left for Lazio in July 2017. Tears were shed by player and manager. The diminutive Brazilian midfielder left a huge impression on Klopp, having been the original Mr Flexible, even filling in at centre-half superbly in the Capital One Cup final against Manchester City in 2016. “Things change but Lucas is a special case,” said Klopp. “He asked for [to leave]. I would say he’s a friend. He’s a fantastic person.” Their relationship was so good that JK could even laugh at his futile attempts to score.

6) Christian Benteke
Even the hugs didn’t work. They just made things worse. Benteke famously knocked off the German’s glasses in the melee of the 5-4 win against Norwich.On the pitch, the Belgian’s frame and style were not really in the plan of thrash metal football. The striker mused: “When your coach says he wanted to take you to [Borussia] Dortmund and a little later you sit at the same club and he ignores you it is hard to understand”. Klopp summed it up when Benteke returned to haunt him with a brace at Anfield as a Crystal Palace striker: “When the ball is in the air, he is a big threat.”

7) Georginio Wijnaldum
“What this person – this wonderful, joyful, selfless person – has done for our team and club I cannot sum up in words, in truth, because my English is not good enough. We have built this Liverpool on his legs, lungs, brain and his huge, beautiful heart.” Do you think Jurgen is crying into his German beer? The Dutchman left in June for PSG after five years at Anfield, failing to agree terms for a contract extension. We are yet to see the fallout on the pitch, but this will be a big fuel dump from the engine room.Wijnaldum truly wanted to stay too. Parting in such circumstances was not the ideal ending.

8) Nathanial Clyne
Clyne was a regular in Klopp’s early squads, with the German calling him a machine. “He was always fit, could always play and was a very important part of the squad and the team at the time.”

Alas, he got a back injury and went from having the most minutes on the pitch of any outfield player in Klopp’s first two years to becoming the forgotten man who made a quiet exit this time last year when the Premier League was won. Clyne said: “You can see he’s hungry for the players to play at 100%.” His physicality could no longer fight off knocks nor the claims of Trent-Alexander Arnold.

9) Loris Karius
Klopp tried everything to back his much-maligned keeper. Rehab was on the cards when hospital tests found Karius was still showing signs of Ramos-ramming syndrome after the Champions League final defeat in Kyiv. Concussiongate gave Klopp a way out, a chance to back his player, despite that awful ice cream video.

Unfortunately, the former Mainz stopper was still in trauma mentally. The handing over the baton to Alisson was the end. Klopp heralded Karius’s  ‘ two-year loan move to Besiktas as “good for him,” in August 2018. It wasn’t that good. At least he got to put on the Liverpool kit against Wacker Innsbruck in a 30-minute friendly the other day. Karius hasn’t played a competitive game for the Reds since that fateful night in Ukraine three years ago. His contract runs out next summer. 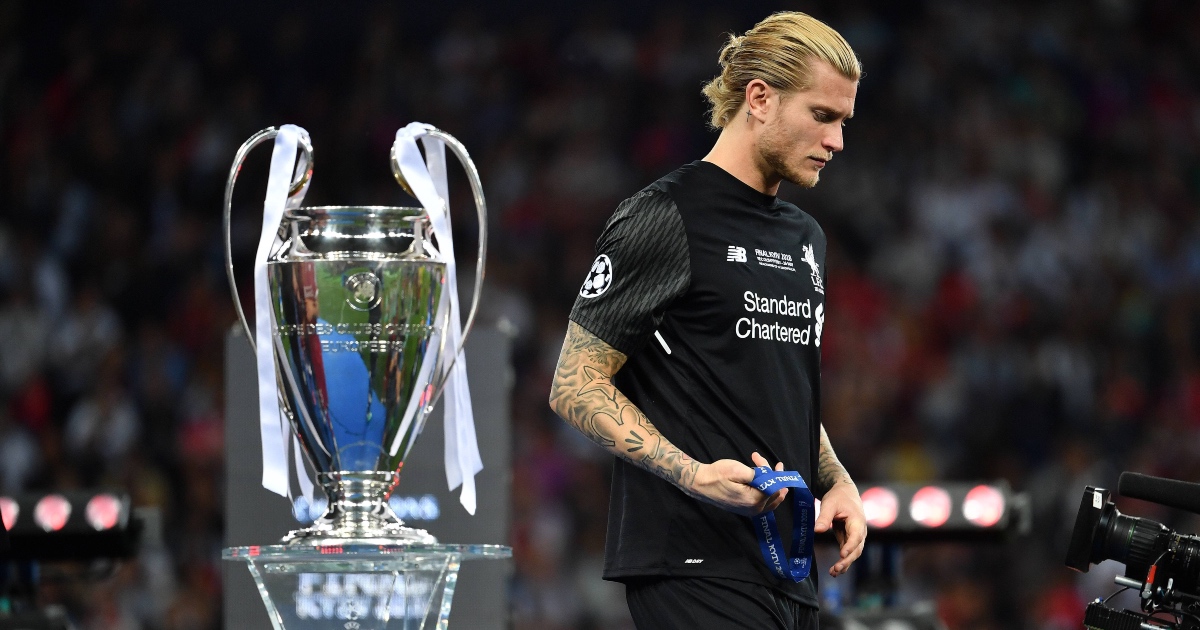 10) Marko Grujic
Remember that 4-0 win over Barcelona? No, not that one, but the friendly game at Wembley in 2016 which gave the Reds a thrilling sneak preview of Sadio Mane. Little mentioned fact: Marko Grujic scored a superb last-minute header.

Grujić was Klopp’s first signing. “He’s a fantastic player, a really skilled boy. Tall, quick, talented footballing wise, all good” drooled the German.The Serbian even boasted that he would choose Liverpool over Madrid and Barca.

Since those words were spoken, Jurgen became a little distant. In January, the Serbian said: “I believe that they believe in me, but I do not enter into their plans, nor can I change that.” He never started a game in the Premier League for the Reds. Porto awaits the “new Matic” or “new Pogba”. Or whatever it was.