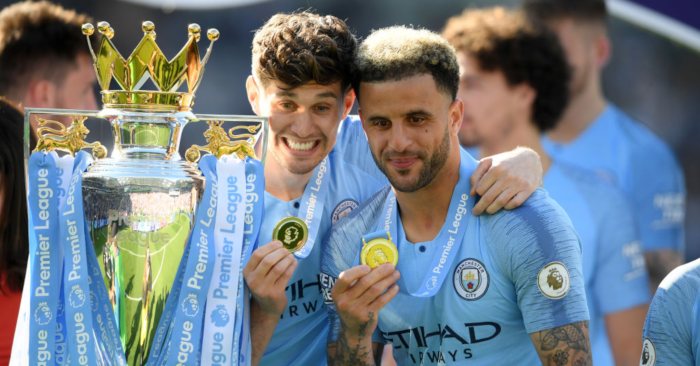 The signing of Ruben Dias takes Pep Guardiola’s spend on defenders since he arrived in 2016 above £400million. How have Manchester City’s Big Six rivals constructed their defences with new signings during the same period…

Zinchenko was bought as a midfielder but Guardiola has used him more at the back when the likes of Mendy and Angelino have been injured or incapable. Guardiola considered doing the opposite with Stones amid an error-strewn few seasons for the England star, who couldn’t get in the matchday squad at times when City last won the title. Mendy, Danilo and Cancelo have been hugely disappointing. Cancelo may yet come good but the fact City were willing to swap him six months after he arrived from Juventus speaks volumes. Porro, Angelino and Couto have been loaned out to Sporting Lisbon, RB Leipzig and Girona respectively. The hope is that Guardiola can find a functioning partnership between Laporte, Ake and Dias, who cost a combined £162.5million, more than half of the Big Six’s entire defensive spend since City appointed Pep.

United have signed a centre-back in all but one of the last four summer windows and anyone with eyes – for example: Gary Neville – can see they need another to go alongside Maguire, the world’s most expensive defender. Bailly has yet to show any consistency in fitness or form while Lindelof just isn’t up to the standard required for any team with ambitions of challenging for major honours. He looks lovely in a dress, mind. Wan-Bissaka is perhaps the best one-on-one defender around but Ole Gunnar Solskjaer needs so much more from him going forward. Dalot has simply disappeared after Mourinho described him as ‘the best right-back in Europe in his age group’ and the Portugal defender is one of many players United are struggling to shift.

It’s too early to judge Chilwell and Thiago Silva – though the early impressions of the veteran Brazilian were not good – and Ampadu is still extremely young, but you could argue that Chelsea have signed a succession of defensive duds since 2016. Frank Lampard certainly isn’t impressed. He got shot of David Luiz; tore into Alonso last weekend amid doubts the Spaniard will play again for Chelsea; Emerson was leaving prior to the Alonso row; and the manager clearly doesn’t fancy Rudiger, even if Tottenham do

Spurs splurged on three defenders in 2017 but none of Foyth, Aurier or Sanchez have been able to prove themselves worthy of a regular place in Jose Mourinho’s defence. Indeed, Mourinho has spent almost £40million on a pair of new full-backs (we love Reguilon already) while the Spurs boss is also intent on upgrading Eric Dier by signing another centre-back in the coming days, with another Sanchez-sized outlay required to land Milan Skriniar from Inter.

I watch Spurs fans falling in love with Reguilon & all I can see is heartbreak in a few years.

Arsenal have tried to be clever by signing young or cheap defenders – sometimes both – but it hasn’t worked. The only definite hit is Tierney, who is arguably Arsenal’s second-most important player. The last year has seen the Gunners loosen the purse strings a little with Mikel Arteta presumably hoping to develop a future partnership between £54million pair Saliba and Gabriel. The Brazilian looks comfortable in the centre of Arsenal’s defence – not easy in such a chaotic environment – while Arteta is planning on taking his sweet time to bed in 19-year-old Saliba.

"I don't think we will see him the Premier League ever again"@Carra23 doesn't expect to see David Luiz play in England again after Wednesday's poor display at Man City pic.twitter.com/dWnk6sG6CB

Almost three-quarters of Klopp’s defensive spend since Guardiola arrived at City went on Van Dijk but the Holland centre-back would have been cheap at twice the price. Robertson was an even bigger bargain having arrived from Hull for an initial £8million but given he’s been the first-choice left-back in Liverpool’s Premier League and  Champions League triumphs, we have to assume most of the £2million add-ons have been paid, unless Michael Edwards got really creative with the terms. Tsimikas arrived this summer to provide cover for Robertson, while Matip has looked extremely assured when he has played – that just hasn’t been often enough.

Liverpool Football Club can confirm they have reached an agreement with Southampton for the transfer of Virgil van Dijk.