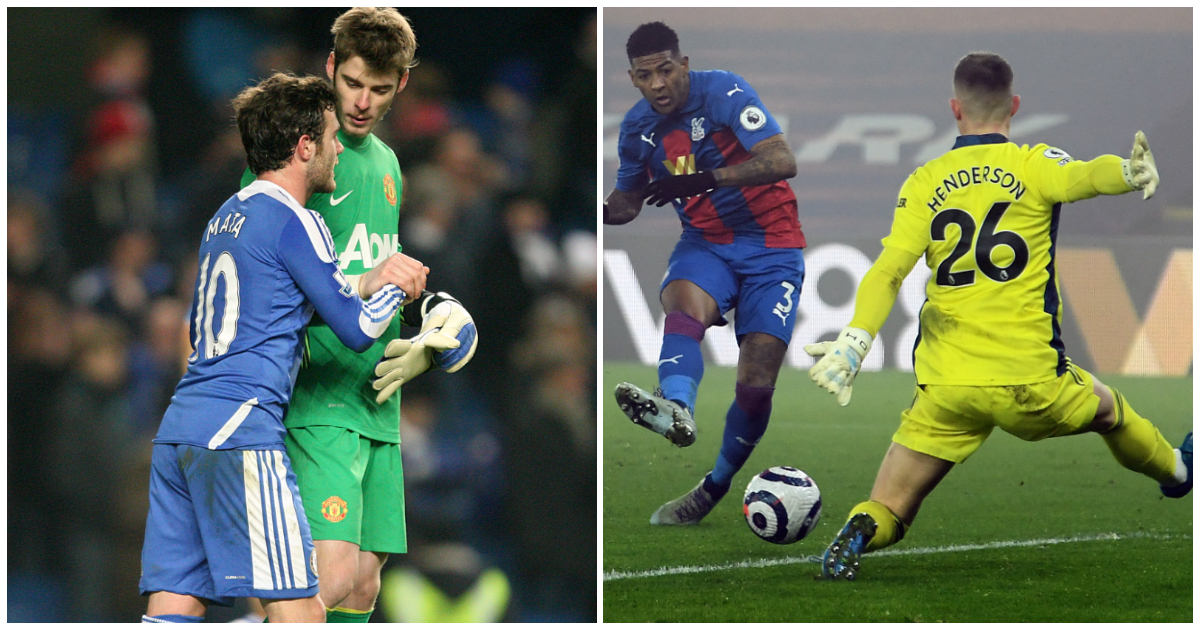 Dean Henderson was the only Manchester United player to do himself any favours on Wednesday night. But even that single positive from a dour draw presents Ole Gunnar Solskjaer with a problem.

Hardly a new one, mind. Solskjaer has done well to avoid addressing his goalkeeping issue before now. But the United boss has a straight choice over who will be his No.1 for the foreseeable. Decision time is looming.

Henderson certainly sees it that way. He returned to United last summer with his ego fluffed by a couple of creditable seasons in Sheffield United’s goal, feeling he was ready for the job at Old Trafford.

Opportunities have been rarer than he might have hoped, with Solskjaer vowing to remain faithful to David De Gea until that loyalty was stretched too far. Occasionally this season, it has been tested.

Never more so than the 3-3 draw against Everton when De Gea was at fault for two goals including an added-time leveller which exposed the Spaniard for a ‘criminal a lack of bravery‘ with the game on the line.

It was one of relatively few dropped b*llocks from De Gea this season, but not even Solskjaer could argue that the 10-year servant remains the same player who signed a new, ludicrously generous contract in 2019.

Such is life in the United goal that any dip or even plateau in form – especially one as sustained as De Gea’s – will lead to calls for change.

Prior to this season, the 30-year-old has always been secure in his place. Sergio Romero was pinned as the game’s best stand-in stopper but never did the former Argentina No.1 make a serious play for the lead role at Old Trafford.

The return to Old Trafford of Henderson, the cocky young upstart, presented De Gea with a challenge he hasn’t faced since his first couple of seasons at United.

De Gea was largely written off and, at times, derided after replacing Edwin van der Sar in 2011. Even his own team-mates thought this waif-like kid had no business taking the gloves off one of the game’s most senior, reliable stoppers.

It was only after a stunning late save to preserve a point in a 3-3 draw at Chelsea two-thirds of the way through his maiden season that De Gea’s sceptics began to change their tune. The then-20-year-old had spent six of the previous seven matches on the bench after errors which cost United qualification from their Champions League group and what would turn out to be precious, precious points against Blackburn on New Year’s Day.

Sir Alex Ferguson’s side recovered parity from 3-0 down at Stamford Bridge, but that fightback appeared destined to go to waste when Juan Mata arced a last-gasp free-kick towards De Gea’s top corner. But the much-maligned keeper flung himself to his left and with his right hand diverted the ball to safety, saving two points and perhaps his United career, as De Gea later acknowledged.

And now you can enjoy it, over and over again! 👐 pic.twitter.com/UZuETQ8V4D

Did Henderson’s Mata moment come in the capital on Wednesday night?

Solskjaer had little choice but to give the 23-year-old his 13th start at Palace with De Gea absent due to a ‘personal matter’ but Henderson won’t care how his opportunities come. His only focus is on seizing them and as the game drew slowly to its seemingly inevitable conclusion, Henderson perhaps began to reflect upon a job well done, even if he will have rued the lack of an opportunity to catch the eye.

But that came dramatically when Patrick van Aanholt escaped behind Aaron Wan-Bissaka in the dying moments. The Palace full-back was through on goal with only Henderson standing between him and another last-gasp winner against United. The keeper, though, steadied himself, rather than hurtle towards the ball, and closed down the space while Van Aanholt assessed his options. By the time he was done, there was little choice other than to go through Henderson, with the routes around and over the keeper closed off by canny movement and positioning.

Henderson managed to shut that path to goal too, forming a perfectly-timed barrier to block the ball, which cannoned back off Van Aanholt and behind for a goal-kick.

The United stopper, as most keepers do, successfully suppressed the urge to celebrate his equivalent of scoring a last-minute winner. But Henderson will doubtless have been euphoric. Another clean sheet with the submission of further evidence that he is indeed cut out for the job.

Solskjaer: Man Utd ‘a little bit off’ against Palace

Playing in Manchester United’s goal is a different gig to Sheffield United’s. Behind the Blades defence, Henderson was regularly tested and always in the game. A United keeper will spend large periods watching, fighting the urge to get involved unnecessarily, readying himself for the chance to shine that often will never come.

Henderson showed on Wednesday night that he can satisfy that job specification. And Solskjaer was grateful: “He’s growing in that position. I thank him for one point and not zero.”

How grateful? We’ll find out on Sunday, when Solskjaer has to decide who will stand as United’s last line of defence in the face of their all-conquering neighbours. We don’t know yet for how long De Gea will be unavailable but a swift return presents Solskjaer with a dilemma he can no longer defer.