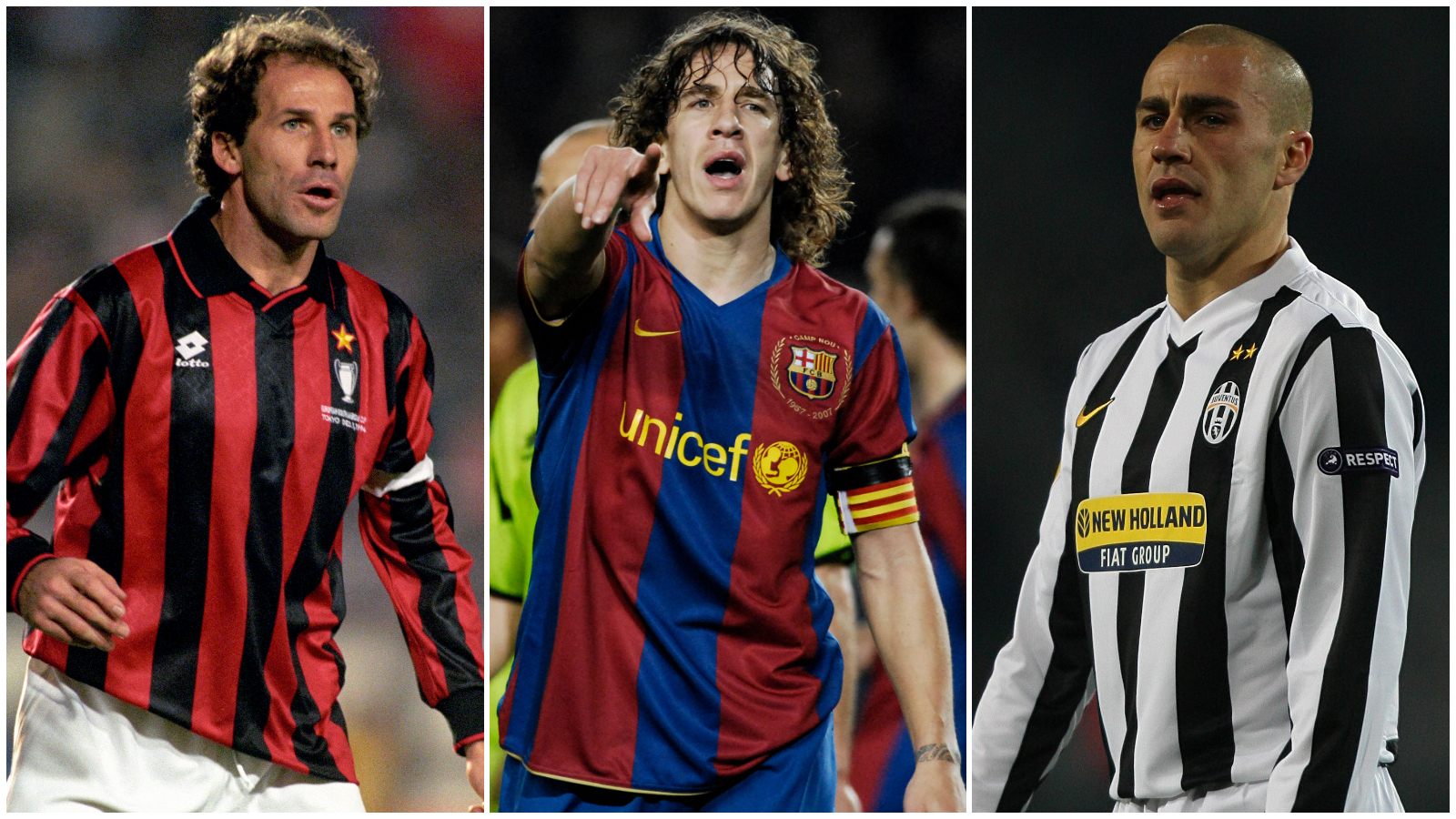 Lisandro Martinez is short for a centre-half but is doing pretty well for Manchester United despite what Graeme Souness thinks.

He thinks Martinez will be ‘found out’ but their lack of height didn’t stop some of these guys being among the best ever.

Franco Baresi
One of the greatest ever to do it at centre-back was a mere 5ft 9in. He wasn’t stout, nor was he particularly rapid. But so rarely was he ever out-jumped, out-muscled or out-paced.

Baresi, the defender the great Paolo Maldini saw as “a role model, a reference”, spent his entire 20-year career at AC Milan at least one step ahead of opponents. The former Milan and Italy cruised through games, as David Platt saw – and smelled – for himself.

“I swapped shirts with an opponent after every match,” said former Bari and Juventus midfielder Platt of his time in Italy. “They all stank of sweat – except Franco Baresi’s. That one smelled of Aramis!”

No-one wears Baresi’s shirt these days. At the end of his career, in which he played 719 games for Milan and 81 for Italy, the Rossoneri retired the No.6.

Carles Puyol
‘With all that hair, he doesn’t look short,’ wrote Martin Keown of 5ft 10in Puyol in 2010. ‘In fact, he may be the perfect height.’

Keown put Puyol’s success against bigger strikers down to his exquisite timing. By getting off the deck first, ‘you’re going to win the ball because the attacker has nowhere to jump except into you’. Getting a jump on forwards also enables defenders to get their arm over their opponent’s shoulder, effectively pinning them down. Puyol was mint at that.

The former Barcelona captain was one of the game’s great leaders. Not only did he have to worry about his own job, he also talked Gerard Pique through most of his. Puyol was never the most sophisticated passer but Frank Rijkaard and Pep Guardiola recognised that even the greatest teams need great defenders.

And he could have been Manchester United’s. Barca were open to selling Puyol in 2003, when the then 25-year-old said: “To play in a league such as the English one and for United must be marvellous and a unique chance for any player. I know some people who would even pay for the opportunity.

“I feel honoured simply to be linked to United. That a coach of the standing of Ferguson praises you is something to be proud of.”

Javier Mascherano
The Argentina star didn’t let a lack of height or being a midfielder hold him back from being a sodding great defender.

Mascherano was only supposed to be temping at centre-back, when Barcelona needed cover for Puyol and Eric Abidal in 2011. Guardiola initially tried Sergio Busquets but it didn’t work. So Mascherano was shifted back – and stayed there for the next six seasons.

The former Liverpool star had played in defence at Anfield but at right-back. And, in any case, being centre-back in the Barca teams Mascherano featured in was, in his words, “not like being a centre-back for any other team”.

He explained to the Guardian: “The areas you inhibit are very similar to those I’d inhibit playing in midfield. Often, in terms of where we press, Busquets and I are practically in the same line. If you make me defend in my area the whole time, then obviously I’m going to suffer because of my physical stature, but we don’t.”

Fabio Cannavaro
Being 5ft 9in didn’t stop Cannavaro winning the Ballon d’Or. In fact, he is one of only three defenders to claim the Ballon d’Or after leading Italy to World Cup glory in 2006. One was Franz Beckenbauer. Who was the other?

Cannavaro didn’t start out as a defender. He was a midfielder when he joined Napoli’s youth ranks until one of his coaches had the foresight to shuffle him into the back line, despite him being shorter than most.

The former Napoli, Parma, Inter Milan and Juventus star put his success and longevity down to one main attribute.

“The one ingredient you need? It’s not height, or speed or even ball skills. You must have confidence,” he wrote in The Players’ Tribune. “As a defender, you can be many shapes and sizes. You can be short and fast. Or you can be tall and jump high. It doesn’t matter. The only necessity is that you are confident when you take the pitch.”

Johnny Nic: All hail Fabio Cannavaro, too short and handsome to be THAT good

Billy Wright
Football has changed since Wright’s days, but even then, the first footballer to win 100 international caps was seen as small for a centre-back.

Patrolling Wolves’ defence for 20 years between 1939 and 1959 – 13 of them spent in England’s back line too – Wright was almost written off as a youngster when he was deemed ‘too small’ by Major Frank Buckley during a trial. Fortunately for Wright and more so for Wolves, the Major changed his mind.

Wright spent his entire career at Molineux, in which time he was never cautioned or sent off. Admittedly in those days, you almost had to pull a pistol on an opponent to be sent for an early bath, but Wright was something of a pioneer as a ball-playing centre-back who could pass as well as he tackled.

The Ironbridge Rocket was also fantastic in the air, dispute his diminutiveness. It was his leap which saw him convert to a centre-back from a winger. After that he won three First Division titles, the FA Cup and captained England 90 times – a record he retains jointly with Bobby Moore.