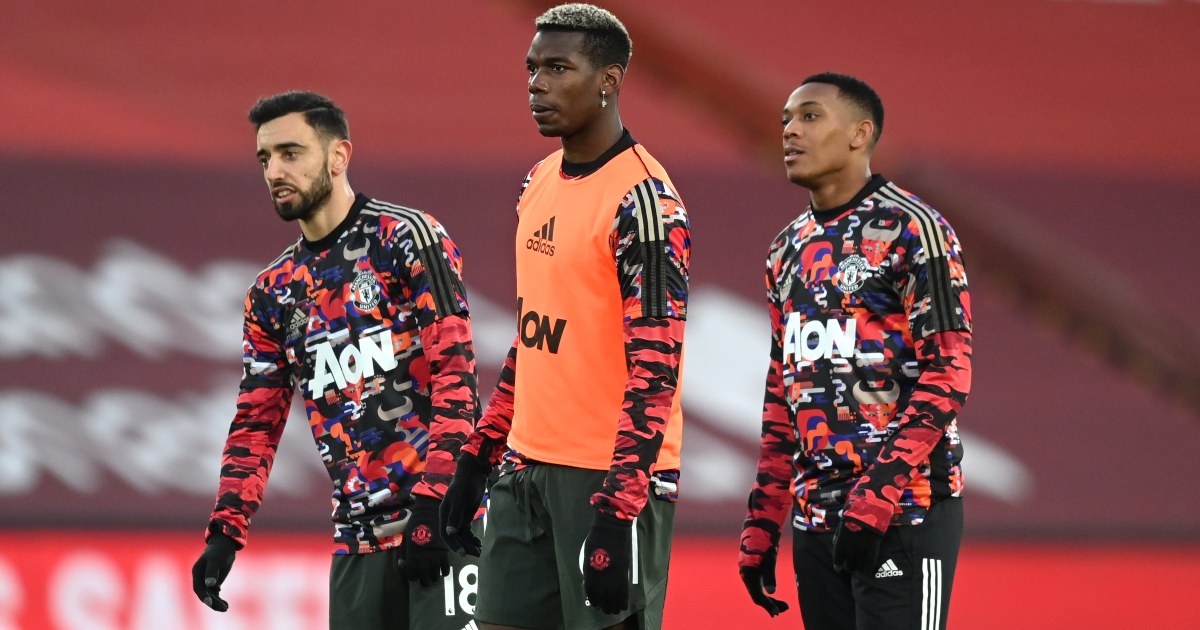 Where will Jadon Sancho rank for impact among Man Utd’s biggest buys? Anything less than top three will be a huge disappointment…

10) Angel Di Maria
Gary Neville said Di Maria ‘played like a drain’ after he joined from Real Madrid, which probably put a more positive spin on the Argentina star’s Old Trafford stint than it deserves.

Di Maria appeared a dead cert success upon signing for £59.7million in 2014. He had just starred for Real in the Champions League final and he made a reasonably positive start.

Under Louis van Gaal, Wayne Rooney revealed that Di Maria was “the only one who is allowed to dribble with the ball” but the then-record signing soon began dribbling up his own backside, especially after a robbery at his Manchester home spooked his family.

But even prior to that ordeal, Di Maria’s heart was never at Old Trafford. Getting most of their money back a year later from PSG remains one of Ed Woodward’s greatest achievements.

9) Fred
There is a certain amount of arse-covering going on when Mourinho made it known that he didn’t want Fred in 2018. But, apparently, the manager was concerned that if he vetoed the deal with Shakhtar Donetsk then United would not sign any midfielder.

There have been times in the last three years when the notion that Fred is more preferable to nobody has been tested. Still, we don’t really know what Fred is good at.

He’s not a screener, nor is he a playmaker. He doesn’t score or create goals, nor does he really stop them. He’s…busy. And United simply must replace him this summer.

8) Romelu Lukaku
Lukaku is a goalscoring machine. Now, at least…

But the £75million signing just didn’t fit at Old Trafford. Mourinho and Solskjaer wanted the Belgium forward to play as a target man, which is hardly an unreasonable expectation, but Lukaku operates better when facing the opposition goal. Unfortunately, so too did Marcus Rashford and Anthony Martial.

Lukaku didn’t help himself by ending his first season at Old Trafford looking more like he would be better suited pulling 747s down a runway with his teeth than dragging United up the table with his goals. His touch was constantly questioned and when Solskjaer opted to pin his faith on other forwards, it was the right move to sell him on, especially when Inter offered United their money back. What he has done since in Italy doesn’t make that the wrong decision.

F365 Says: Never go back? Why Lukaku back to Chelsea is different

7) Anthony Martial
Martial’s United career has been one of fits and starts. He burst on the scene under Van Gaal, faded under Mourinho and hasn’t taken the opportunities afforded to him by Solskjaer.

Like one or two others on this list, we still don’t really know where Martial is best utilised. He’s been at Old Trafford for six years so that is pretty damning.

Martial seems to fancy himself as a centre-forward despite appearing to lack the nous, movement and instinct needed to lead the line. Coming from the left he can be a huge threat, yet just as likely he will be anonymous.

With Sancho’s arrival, Martial will struggle to get in Solskjaer’s front four next term. Which may or may not be a concern – with the Frenchman, it’s still difficult to tell.

6) Nemanja Matic
The Serbian was an astute addition and just the type of midfielder Mourinho needed. He still is. At least, peak-Matic would be.

But the £40million signing’s influence has diminished with each passing season. Matic, 33 next month, is now usually third in the pecking order of the three defensive midfielders Solskjaer can currently ‘boast’ and while he remains a good egg to have around the dressing room, United must address the absence of a top-class screener this summer. Even if Matic still has two years remaining on his terms.

5) Aaron Wan-Bissaka
If it’s a slide tackle you need, Wan-Bissaka is your man. For anything else, perhaps United might have made better use of their £50million by spending it on one or two of the other 803 right-backs that they looked at before moving for the former Crystal Palace right-back.

The fact United are going after Kieran Tripper is acknowledgement of that fact. If United were happy with Wan-Bissaka, they would not be looking for another right-back two years after spending such a huge sum.

That isn’t to say he has been poor – he hasn’t. Wan-Bissaka’s quality in defending one-versus-one is an asset to Solskjaer. But United need a right-back who doesn’t immediately look like a very expensive fish out of water once he crosses the halfway line. Perhaps they ought to have noticed that during their extensive scouting process.

96 – Aaron Wan-Bissaka led all players in the Premier League for tackles made in 2020; indeed, this is the third consecutive year where Wan-Bissaka has made the most tackles of any defender in the competition (99 in 2018 and 133 in 2019). Fearsome. #OptaReview2020 pic.twitter.com/MlmN93dJfN

4) Paul Pogba
Hit or miss? That depends on which extreme you occupy in the great Pogba debate…

Whether you think he’s a misunderstood, wasted genius, or a work-shy mercenary – there’s no middle ground, seemingly – it is hard to argue that his record transfer move from Juventus has been an overwhelming success.

Five years into his career at the club, United have yet to figure out how best to use him. And no one can say they haven’t tried. Mourinho did his best to pacify Pogba until he could no longer hold his tongue, while Solskjaer has bent over backwards, playing him in countless positions yet none seems to work on a consistent basis.

And his France team-mates don’t fancy him much either, despite some moments of genius in their last-16 defeat. Which summed up Pogba’s United career: glimpses of brilliance amid costly lapses in concentration while others are left to do his dirty work.

3) Juan Mata
Lovely, lovely Juan. The Spaniard was literally choppered in by David Moyes to save his United reign but, good though Mata undoubtedly was, no player is that good.

Still, Mata has been extremely useful for all three of Moyes’ successors. In 273 appearances, the 33-year-old has notched 51 goals and offered 47 assists. And even last season, as a bit-part player, only three team-mates offered more assists in all competitions.

Mata is now officially a free agent but United are keen to keep him on a reduced salary, if for nothing else but his loveliness. 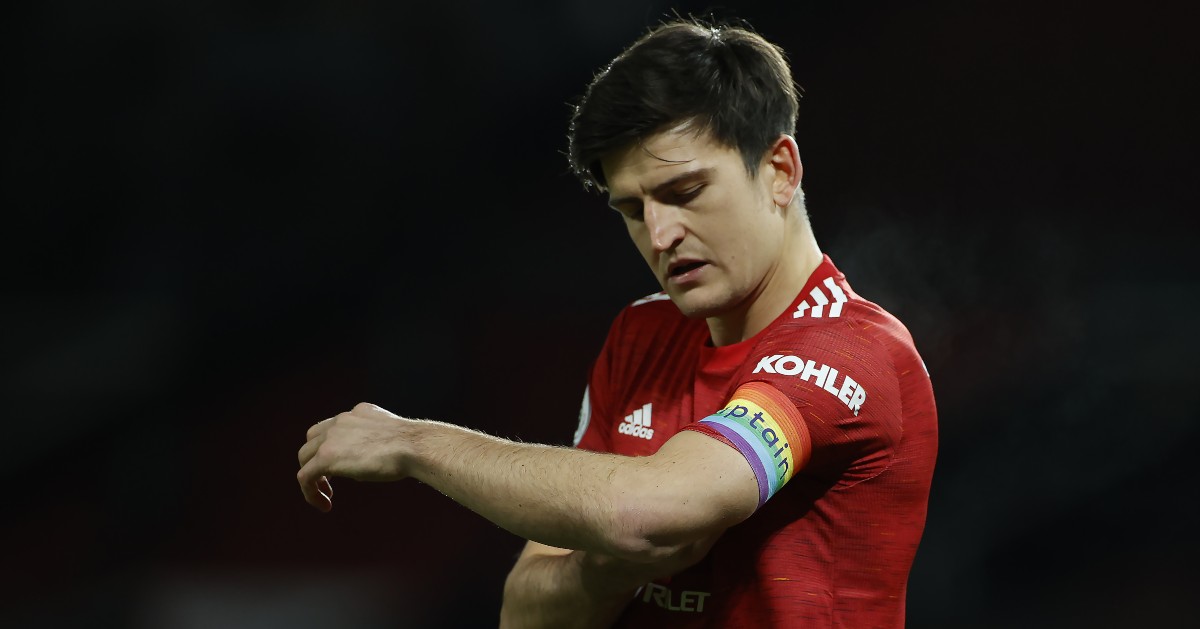 2) Harry Maguire
In comparison to other names on this list, United have had their money’s worth from Maguire. Certainly in terms of miles on the clock…

Prior to his injury at Aston Villa in April, Maguire hadn’t missed a Premier League minute since he was signed from Leicester in 2019. He started and finished 71 league games while breaking Gary Pallister’s record for consecutive minutes played. In 2020, no footballer in the world played more.

Maguire has brought quality and quantity to a defence that badly needed it. Had they signed the England defender when Mourinho wanted him in 2018, perhaps the manager might have lasted longer in the job? But having arrived belatedly a year later when United could mend and make do no longer, Maguire improved a ropey rearguard to make it the third-best in the Premier League and 10th best across Europe’s top five leagues. Across those competitions, only PSG had more clean sheets.

Maguire had a wretched start to last season and his brief spell of poor form highlighted how important he is to Solskjaer, especially when he has an uncertain keeper behind him, a not-fit-for-purpose partner, and no defensive screen to speak of.

1) Bruno Fernandes
If Sancho makes anything like the impact of Fernandes since joining from Sporting Lisbon on January 2020, then he’ll be cheap at twice the price.

Fernandes has been a joy to watch in a red shirt. Not only has he played a direct role in a gazillion goals, he has driven up the standards around him. Especially in United’s dressing room, that takes a special character.

The Portugal star struggled at Euro 2020 and his form towards the end of the season showed signs of fatigue. Which is hardly surprising given only Maguire and Ruben Dias played more minutes in world football through 2020 during which time Fernandes carried United through long spells. He finished as United’s scorer and creator last term, with 28 goals and 17 assists, in addition to playing a role in 20 goals in his first half-season.

Bruno and Sancho together could be f***ing frightening.