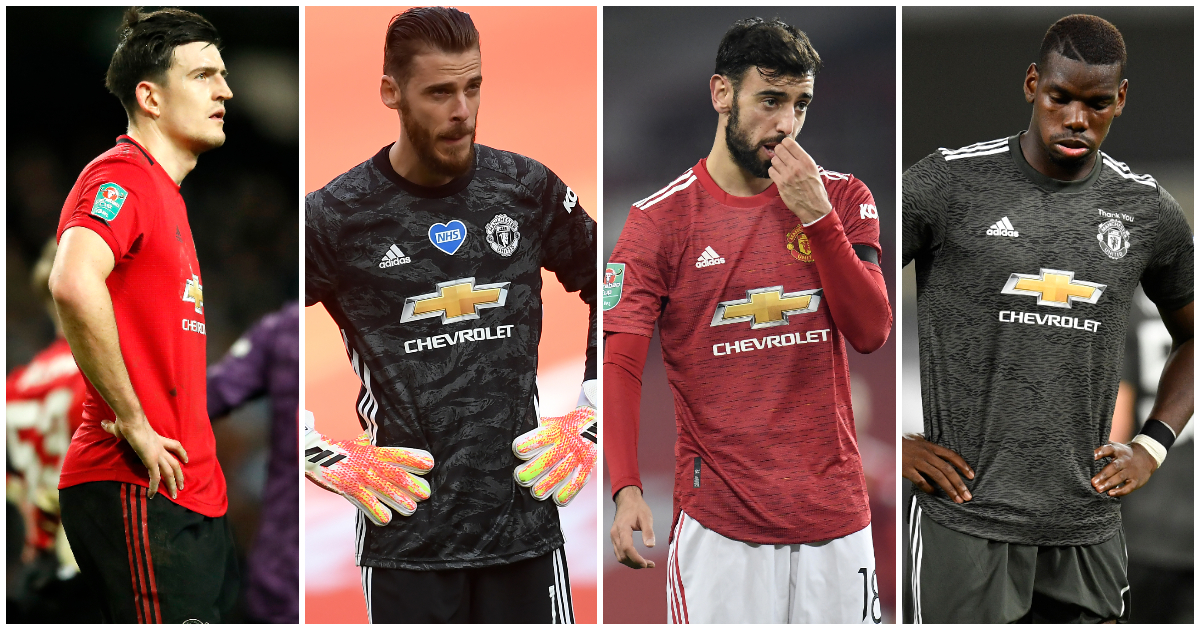 As Manchester United manager, Ole Gunnar Solskjaer’s record in semi-finals reads ‘played four, lost four’. In just over two years in charge, the Norwegian has lost as many domestic semis as Sir Alex Ferguson in 26 years.

What’s the problem? Ahead of his fifth attempt to reach a cup final on Thursday, we’ve taken a look at what Solskjaer could learn from his previous defeats…

1) Carabao Cup, 2019/20: Man Utd 1-3 Man City; Man City 0-1 Man Utd (agg 2-3)
Pep Guardiola’s City blew United away with a stunning first-half performance at Old Trafford which saw them take a 3-0 lead before a quarter of the tie was done. Bernardo Silva, Riyad Mahrez and an own goal from Andreas Pereira helped City put one foot in the final prior to half-time, before Marcus Rashford pulled one back in the second half.

Looking at the XI, you can start to understand how United conceded three in a first half at home for the first time since 1997: De Gea, Wan-Bissaka, Lindelof, Jones, Williams, Pereira, Fred, James, Lingard, Rashford, Greenwood.

“From 15 minutes to half-time was the worst we have played this season,” said Solskjaer after the first leg. “We couldn’t cope with the setback. Now we have a steep mountain to climb.”

They made a decent fist of trying to scale that particular summit. Nemanja Matic scored with United’s first shot on goal in the 35th minute amid a flurry of wasted chances for City. And City’s profligacy continued it the second half, keeping United in the tie to the end when they should long since have been out of sight, especially after Matic was dismissed for two cautions with 15 minutes remaining.

“We have come a long way. Even though we did not create too many clear cut chances, we pressed them back. It pleased me.

“Of course it is hard to come here and score a goal with 11, never mind 10. It was never a sending off. An absolute joke. How many times did they foul us?”

What we wrote: F365 Says: Even lowest bar is way above Man Utd heads

2) FA Cup, 2019/20: Chelsea 3-1 Man Utd
There were far fewer positives to take from this one. United’s 19-match unbeaten run shuddered to a halt as Chelsea dumped the Red Devils out of the FA Cup for the third time in four seasons.

The Guardian‘s MBM coverage called it right: ‘United, Bruno Fernandes aside, were crap.’

David De Gea was the main culprit. The No.1 was selected ahead of usual cup keeper Sergio Romero but he had a nightmare, costing United goals either side of half-time. But this was no smash-and-grab job. Solskjaer reverted to a back three which had beaten Chelsea twice already last season but Frank Lampard’s side were dominant and Fernandes’ late consolation barely even qualified as that as United looked to have one eye on the midweek clash with West Ham while the top-four race was heating up.

“We picked a team today to give us the best possible opportunity to go through in the cup and be ready for Wednesday. It didn’t work today.

“You want to win everything and we’re very disappointed in the dressing room, but we need to be better in these big games when it matters. We know that, we’ll have to take that into account, learn again and get ready for the next big ones. We’ve got two in five days coming up.

What we wrote: FA Cup winners and losers (including De Gea)

Ten toughest ever routes to the Champions League final

3) Europa League 2019/20: Sevilla 2-1 Man Utd
After shambling their way out of the FA Cup, there was some solace to be found in the fact United had a third semi-final yet to play. And another to lose.

United faced Sevilla in Cologne in a one-off Europa League semi but their European hopes went the same way as their pursuit of domestic silverware.

The Red Devils took a first-half lead through a Fernandes penalty but Sevilla reclaimed parity with an equaliser from Suso before the break. United then wasted a host of chances before Luuk De Jong made them pay with a winner 12 minutes from time that saw Fernandes clash with Victor Lindelof.

Had United taken their opportunities, Anthony Martial especially, then it would have been them facing Inter in the final. Between this semi and the quarter-final win over FC Copenhagen, the Red Devils attempted 46 shots, with 21 hitting the target but they scored only two goals – both penalties – with a conversion rate of 4.4%.

“It’s one of them – if you take your chances you’ll win comfortably but that’s not always the case in football. We had moments and spells in both halves where we could have and should have scored quite a few goals. But when you don’t take the chances it’s going to be hard.

“We have a young team – we had three years average less than them and I thought some spells today maybe showed that. This group of players will have to learn and get some consistency in the play. When we got the ball down and pressed and created counterattack chances it was scintillating at times. Their keeper had a fantastic game.

“Since February we’ve been fantastic. Then again it’s disappointing to go out. We’ve come quite a distance from where we were in February. It’s quite exciting to work with these boys but then again you could see how tired they were at the end – tired legs and tired minds.” 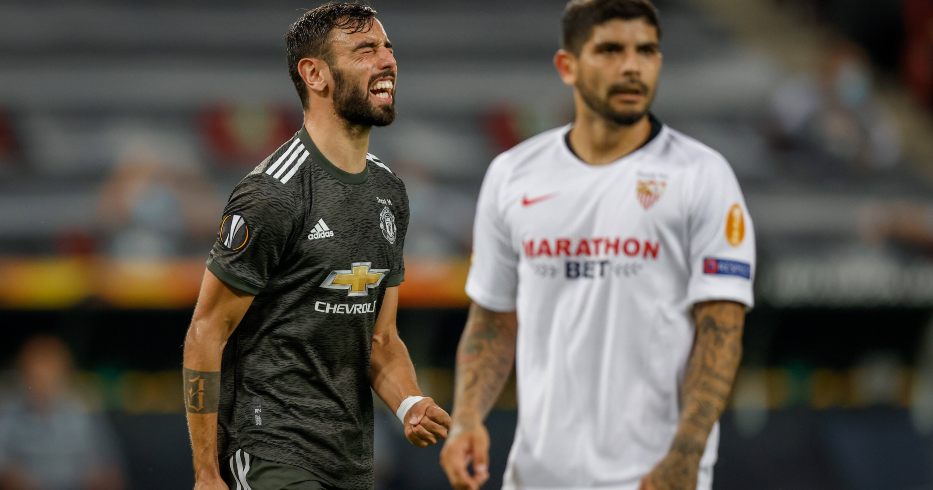 4) Carabao Cup, 2020/21: Man Utd 0-2 Man City
Another deserved home defeat to the neighbours in this single-legged semi, with John Stones capitalising on poor defending from a set-piece early in the second half before Fernandinho wrapped it up with seven minutes remaining.

United perhaps edged the first half, which came less than a month after another Old Trafford derby which ended in a weird stalemate with neither side apparently willing to attack and leave themselves open.

But City turned the screw after half-time and benefited from some shoddy defending. The defeat continued a strange pattern which saw the home team win only three of the last 15 Manchester derbies. That became three in 16 when United won at the Etihad in the Premier League in March. But after this latest semi-final defeat, Solskjaer simply reverted to dismissing trophies as a sign of progress.

“Tonight it was about a lack of quality compared to them. They deserved to win.

“I’m disappointed to concede at two set-plays. We didn’t have the margins with us. After they scored, we had more of the ball but we didn’t create enough.

“Any team would miss Edinson Cavani. He could have caused havoc with his movement in the box. We did start to build momentum but we didn’t have the edge to create a goal. We did put them under pressure.

“It is not just about Bruno Fernandes – the whole team has to create chances. Manchester City played well and we needed to be spot on. We didn’t have the last pass.”