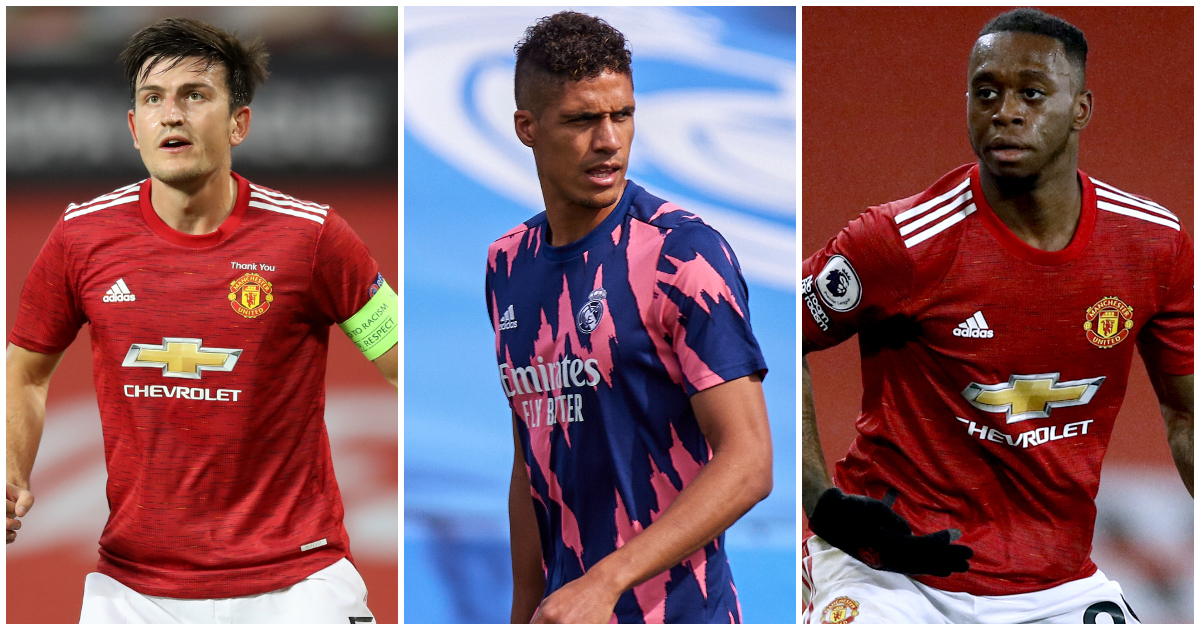 Raphael Varane has apparently been studying Man Utd’s defending last season. Here’s what he might have spotted…

United can’t defend set-pieces
The word is Varane specifically asked for footage of United’s set-piece organisation last season. As the Manchester Evening News put it: ‘He was informed it would be a waste of time as United were so hopeless at defending dead-ball situations.’

Only City conceded fewer from open play than United, which suggests they were doing something right. But the set-piece weakness is such an obvious flaw and one plenty of teams seized upon. One aspect was particularly dire, with Southampton, West Ham, Sheffield United, Newcastle, Leeds, City, Burnley, Leicester, Liverpool, AC Milan and PSG – twice – all scoring against United from corners.

United employed a hybrid set-up, with a line of four guarding space along the six-yard box, and another trio looking to pick up runners as they converged upon the box. Often, though, if Maguire didn’t win the first ball, no one in red did.

United have already taken steps to remedy this huge problem. Eric Ramsey has been hired from Chelsea to become the club’s first set-piece coach, though it hardly needed an expert to tell Victor Lindelof: ‘Stay with your man and don’t let him head the ball, you big fanny.’

Arsenal have made a similar move but to replace one they already had. Following Andreas Georgson’s specialist advice last season, the Gunners conceded fewer set-piece goals than any other Premier League side.

F365 Says: Ignore baseless opinions, Varane could be the signing of the summer

Harry Maguire’s strengths and weaknesses
The partnership between Varane and Maguire has the potential to become one of Europe’s best, despite all the other new prospective defensive pairings across Europe.

PSG, Bayern, Liverpool, Arsenal and Spurs are all set to have new units operating at the heart of their rearguard, but Solskjaer might justifiably feel he has the best of the lot.

Maguire has been hugely influential in the two seasons he has been at Old Trafford, with only one blip – a catastrophic one, admittedly – to blot his copybook since moving from Leicester for £80million. This summer has seen his talent recognised on the international stage, with the England centre-back superb upon his return from injury at the heart of Gareth Southgate’s defence.

Maguire’s progressive passing and comfort in carrying the ball from the back was a huge asset for Southgate and the same applies to Solskjaer. Replacing Lindelof and Eric Bailly’s brand of haphazard distribution with Varane’s will add another dimension to United in possession.

Defensively, Maguire is no slouch but he isn’t rapid, and Lindelof doesn’t have the pace to compensate. Varane does. Despite what Jamie O’Hara might tell you.

With Varane’s athleticism, United could afford to play a higher line next season, rather than sitting deeper to avoid being caught behind. Which in turn will give their midfield less ground to cover and could finally unlock United’s high press. Which is generally half-arsed at best.

Aaron Wan-Bissaka’s susceptibility to far-post crosses
If Varane has been watching United, he couldn’t possibly fail to be impressed by Wan-Bissaka’s one-versus-one defending. If there’s a slide tackle to be made, Varane will already know Wan-Bissaka is the man to call.

Unfortunately for Wan-Bissaka, rarely can you slide-tackle a far-post cross. And that is one of the weaknesses that has prompted Solskjaer to explore the possibility of signing Kieran Trippier.

The pursuit of Trippier may be tailing off but Wan-Bissaka doesn’t appear to have spent much time this summer working on an obvious weakness.

A couple of fortuitous deflections for QPR but Wan-Bissaka's far post defending exposed again for that goal. #mufc

Varane will have his hands full adapting to the Premier League in the early weeks and months of his career at Old Trafford – he doesn’t need to be worried about what’s going on over his shoulder. Perhaps in time, as the right-sided centre-back closest to Wan-Bissaka, he can help the full-back with his positioning and body shape. But Solskjaer would be wiser to raise the funds to get Trippier in before the deadline.

Goalkeeping uncertainty
United’s defensive jitters weren’t soothed by the rotation of their goalkeeper last season, a situation that is unsustainable going into the new campaign.

David De Gea started 36 games for United last season while Dean Henderson was given the gloves for 25 matches as both duelled for the status of being Solskjaer’s No.1. Who won? Nobody.

De Gea started the season well but became shakier as it wore on. He got the nod for the Europa League final, then failed to save any of 11 penalties before meekly missing his own.

Henderson had to wait for his run in the Premier League and for the most part, he performed capably. But his case was undermined by costly mistakes against Liverpool. Ultimately, neither keeper presented a clear and compelling argument why they should be between Solskjaer’s sticks behind Varane.

Solskjaer, though, accepts he cannot keep swapping his stoppers and a decision is looming. “I’ll have to find a solution for next year, definitely,” said the boss after the Europa League final.

The absence of a midfield screener
As good as Varane and Maguire might be together, they still need some protection.

Last season, in the absence of a fit-for-purpose defensive midfielder, Solskjaer played two, with Fred and Scott McTominay the usual double act. Reports suggest he wants to do away with that double pivot in favour of fielding one screener to free up Bruno Fernandes and another midfielder to support his front three.

With Luke Shaw set to bomb on and perhaps Trippier too – as Wan-Bissaka needs a map and compass as soon as he crosses the halfway line – then Varane and Maguire deserve a fit-for-purpose midfielder ahead of them capable of sitting between the pair when everyone else is flying forward.

That must be a priority for Solskajer now if the deal for Varane is done. If buying again means selling, then United have at least 10 players they can take to market. Jadon Sancho and Varane represent a fine summer’s work so far but failing to add a defensive midfielder would leave half the job undone.