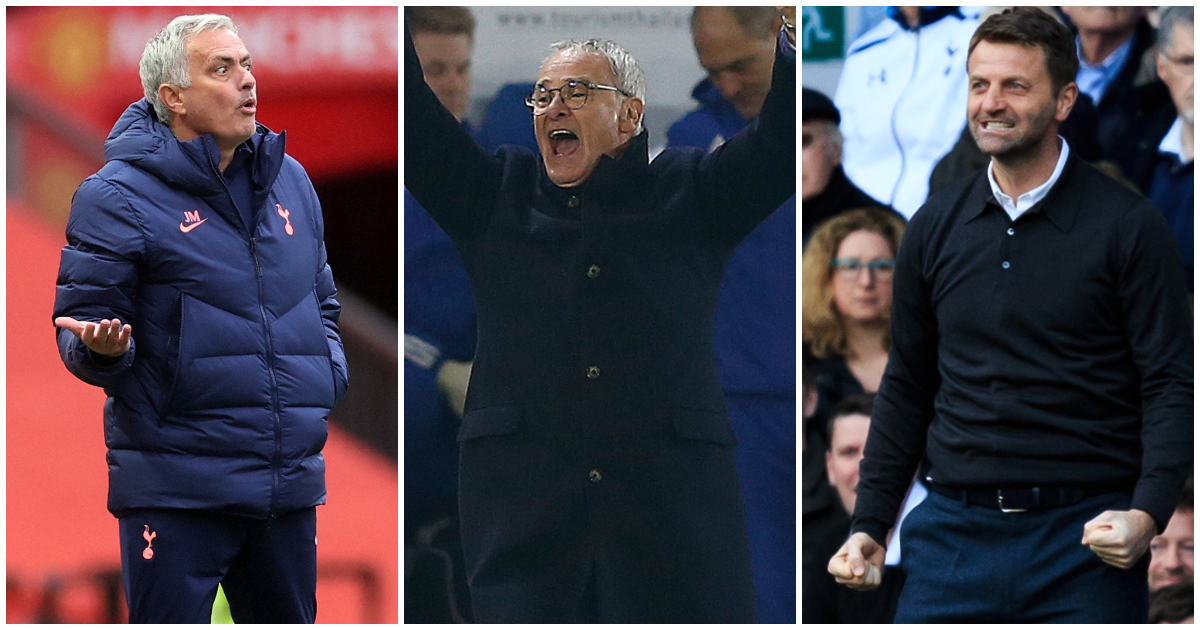 Unai Emery going back to the Emirates to plunge Arsenal further in the sh*t got us thinking about other managerial revenge missions. Like Emery, some of these bosses were far too gracious…

Jose Mourinho
Mourinho was sacked by Manchester United in December 2018 in typical fashion, having alienated everyone by his third year in charge. He returned to Old Trafford with Spurs last October at the start of a strange season, which got a whole lot more weird on a day United and Liverpool conceded 13 goals between them.

Jose’s Spurs were responsible for six of them to inflict upon his replacement his most miserable day as United boss. The visitors responded to going a goal down inside a minute to lead 4-1 at half-time, with Serge Aurier and Harry Kane rubbing salt in Ole Gunnar Solskjaer’s gaping wound as United suffered their joint-worst Premier League defeat.

Mourinho just about kept a lid on his smugness. He shook Solskjaer’s hand at full-time while offering a consoling pat on the head, all the while keeping a straight face. Perhaps he knew what was coming.

“The target, objective is every match we go to win. I told the players in the last couple of days 1000 times a good result at Old Trafford is to win. Of course if you draw it’s not a bad result but that’s the kind of mentality we must get. It was a great performance, a great result. We have seven points, so our position in the table is so-so.”

Roy Hodgson
‘Thanks for the grey hairs, Roy’ read a huge banner unfurled by Liverpool fans on their visit to The Hawthorns in April 2011. The travelling Reds were referencing Hodgson’s disastrous 191-day reign at Anfield which appeared doomed from the start after Kenny Dalglish was overlooked in favour of the former Fulham boss.

Hodgson is too much of a gent to give it the big one, but he must have been tempted when his West Brom side outplayed Kenny’s Reds which featured a £58million front line. Albion actually trailed with half an hour to go but eventually triumphed courtesy of two penalties, both won by Peter Odemwingie and both converted by Chris Brunt.

There’s no question Hodgson and Liverpool were better off without each other. But we’re not having Roy’s claims that there was no added satisfaction in beating the team which made him so unwelcome before sacking him less than four months previously. Hodgson won, too, on his first return to Anfield a year later but Liverpool have triumphed in the six meetings since.

Brendan Rodgers
Likewise, Brendan is too magnanimous and enjoys highlighting that magnanimity far too much to Lord it up over Liverpool. But unlike Hodgson, Rodgers had to wait for his sweet revenge.

Three times Rodgers was schooled by Jurgen Klopp before he finally got one over on his replacement. Before their meeting in February, it was Brendan 1-9 Klopp on aggregate. But it was almost worth the wait as Liverpool capitulated hilariously at the King Power.

Liverpool led once more but three goals in seven minutes saw the Foxes fightback resoundingly. Klopp moaned the first was offside; the second involved a calamity between Alisson and Ozan Kabak; and the third… “The third goal I really don’t like. We are so open. I cannot accept.”

Another Liverpool win would have seen the Reds leapfrog Leicester in the table and arrest a stunning slump. Instead, the Foxes moved to second, six clear of Rodgers’ former employers.

It was a very good win, the players deserved it. We didn’t sink when we went a goal behind, we stayed calm and the players were brilliant in that period, a real collective team performance. You can see the improvement in the team’s mindset. Our reaction was superb.

“I am very proud of the team. A year ago if we’d have gone behind we would have got nothing from it.”

Tim Sherwood
Mercifully, for the sake of this feature, Sherwood is not a man to let it lie. Tottenham sacked him six months into an 18-month contract in 2014 and upon his first trip back to White Hart Lane, as manager of Aston Villa, Sherwood was more than willing to embrace the narrative of the return of the scorned coach.

Especially when his Villa side eased their relegation fears further with a 1-0 win to leave Mauricio Pochettino’s men in seventh place, one below the position in which he left them.

Upon the final whistle, Sherwood turned and gave a wave towards the directors box before going off to receive the acclaim of the Villa fans. Spurs finished the season a month later in sixth, while Sherwood’s Villa stayed up and lost the FA Cup final.

“Tottenham chairman Daniel Levy made the decision based on what he thought was the right thing to do. Mauricio Pochettino is doing a good job. Without Spurs giving me the job last year, I wouldn’t be here today to enjoy this win.

“It’s a fantastic result for me and Aston Villa.” 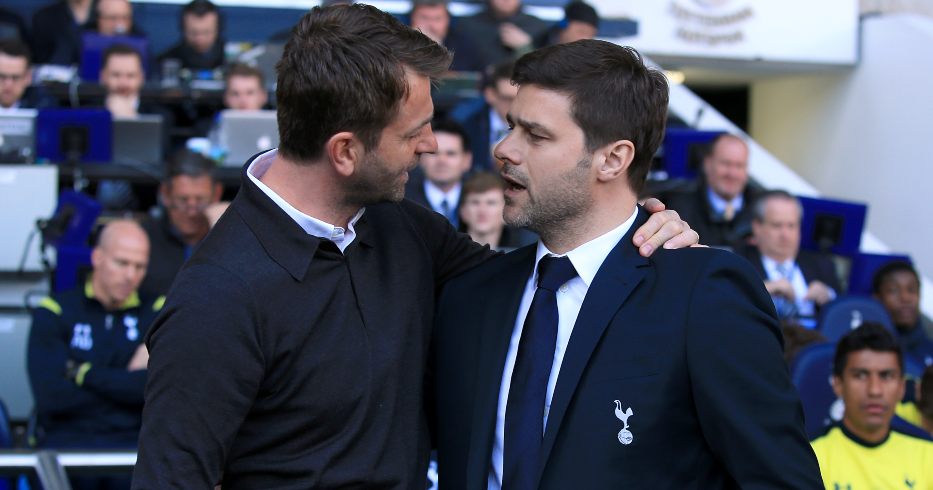 Claudio Ranieri
Ranieri waited over a decade to really have his revenge on Chelsea. Totally worth it…

The Italian was given the bullet by the Blues to make way for ‘a Special One’ in 2004. Ranieri, as you might expect, took it in the dignified manner we have come to expect and a sizeable pay-off doubtless helped to soothe any bitterness that may have lingered.

But revenge was sweet in 2015. On a wet night in December, Mourinho, then in his second stint at Chelsea, brought his bad champions to the King Power. Seven months previously, Chelsea were champions and Leicester survived by the skin of their teeth, but Ranieri had transformed the Foxes.

A 2-1 win took them back to the top of the table while leaving Chelsea languishing in 16th. Seeing Mourinho schooled by the Tinkerman was more than Roman Abramovich could stomach. Three days later, Mourinho was gone. Six months further down the line, Leicester were champions.

“For our fans we are top of the league, for my players we need another five points.

“Don’t laugh. It’s true. I don’t know when we can achieve these five points. Now there is Everton away, Liverpool away, Manchester City at home and Bournemouth, who are a fantastic team, at home – four very tough games. Let me achieve 40 points, then I’ll think about what is the next goal. But until 40 I think only 40 points.”