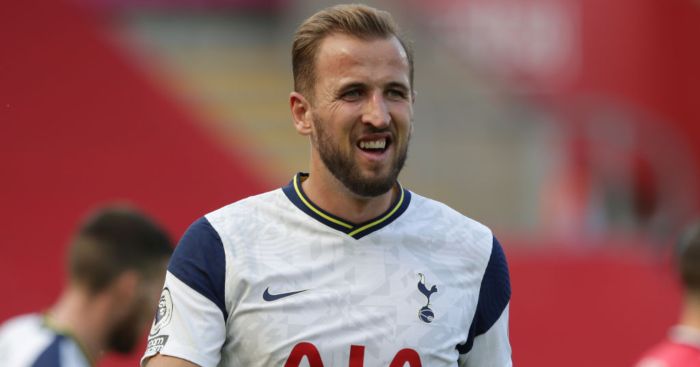 Harry Kane might be third in the early stages of the race for the Premier League Golden Boot, but the Tottenham striker has more assists this season any other player in Europe.

Laborde scored a goal and created another in the same Ligue Un match three times last season – only Kylian Mbappe and Neymar achieved that feat more often, with both PSG stars on four.

“Last season was not good in terms of my expectations,” said Bamba of his own performances last term. The 24-year-old created five goals and scored only one but he has started this season on fire, with three goals in addition to four assists.

In Ligue 1 this season:

One to Watch as Marseille begin their #ChampionsLeague campaign tonight 💫pic.twitter.com/FHX1qv7nCv

Despite Jack Grealish and Ross Barkley hogging the headlines for Villa this term, McGinn has provided the most assists. Only on the opening day did the Scotland midfielder fail to create a goal.

Muller is starting where he left off last term when he set a Bundesliga record for most assists in a single season. The Bayern Munich star created 21 goals to break the previous benchmark set by Kevin De Bruyne in 2014-15.

The France star is doing his best to put himself in the shop window for next season. Axel Tuanzebe and Aaron Wan-Bissaka didn’t help him…

The 17-year-old recorded three of his four assists in the same game when he laid on the opening three goals in Dortmund’s 4-0 win over Freiburg.

A hat-trick of assists for Reyna, a brace for Haaland and one dominating performance from Dortmund 🔥#BVBSCF pic.twitter.com/YjIuWTSnvA

With Timo Werner gone, Leipzig have played the last couple of games without a striker, with Emil Forsberg furthest forward and Olmo in a free role behind him. It seems to work…

Uruguay international winger Nunez has started to repay Benfica’s faith after they smashed the Portuguese transfer record to pay Almeria around £20million this summer.

The Spurs striker recorded a ridiculous four assists in the 5-2 at Southampton (before capping his performance with a goal of his own) and he’s created a goal in each of the three matches since.