Home F365 Features One per club: Players Newcastle could sign in January 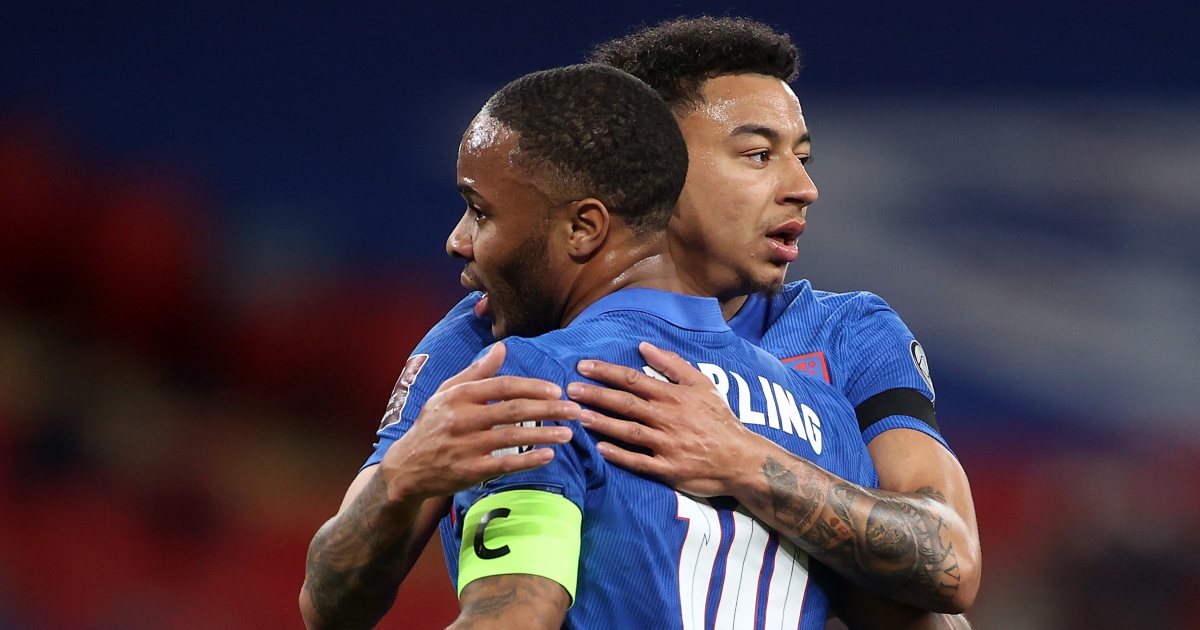 Newcastle have got a lot of money to spend and whether their fellow Premier League clubs like it or not (they don’t), none of them are safe from their grasping monied hands. We’ve picked a player from every top-flight side that could draw the Magpies’ eye in January.

Arsenal: Ainsley Maitland-Niles
“All I wanna do is go where I’m wanted and where I’m gonna play,” Mailtand-Niles wrote on Instagram this summer, reportedly leading to his demotion to the reserves. But lovely clean air resulted from a conversation with Mikel Arteta, before the Arsenal boss gave the 24-year-old the inspiring assurance that “he’s another player in the squad”.

Newcastle were rumoured to be have enquired over the availability of Maitland-Niles when they secured the permanent signing of Joe Willock this summer and Willock’s fellow academy graduate is still reportedly looking towards the Emirates exit. He needs it if he still has England ambitions.

Aston Villa: Bertrand Traore
The signings of Danny Ings and Leon Bailey weren’t good news for Traore, who was starting to establish himself in the Villa side with seven goals and seven assists last season. But he’s yet to get off the mark in the current campaign – reduced to just 53 substitute minutes. He’s an exciting, unpredictable forward and the Toon army love lads like that.

Brentford: Ivan Toney
“He didn’t see me in his plans,” Toney recalls. Rafa Benitez didn’t fancy him, preferring the qualities Salomon Rondon, Yoshinori Muto and Joselu could provide. Three years later and Toney has established himself as a Premier League striker after just seven top-flight games. If Newcastle don’t sign him, another team will.

Brighton: Tariq Lamptey
One of the ‘men of the moment’ The Telegraph claims Newcastle could look to in January – slightly odd phraseology given Lamptey hasn’t had a Premier League ‘moment’ this year due to injury. That said, he sparkled in the 11 league games before his hamstring snapped and was already being linked with a move to bigger and better things despite being signed from Chelsea just weeks before.

Burnley: James Tarkowski
According to The Telegraph, ‘Tarkowski’s name featured heavily in the preliminary discussions among the football advisors at St James’ Park, who are helping the public face of the new board, Amanda Staveley, draw up a plan to present to the club’s Saudi Arabian owners ahead of the January transfer window.’

The report claims the England international is ‘likely to be the first signing of the new Newcastle era’ and that Tarkowski himself is keen on the move. It’s almost tediously sensible. His contract is up at the end of the year so Burnley will likely accept an offer to avoid losing him for free and Newcastle can land a very good defender with plenty of top-flight experience for a relatively small sum, despite the rich club inflation they will now have to accept.

Chelsea: Conor Gallagher
Newcastle need some energy in the middle of the park and Gallagher (one of the signings of the season) is everywhere. Chelsea may end up wanting to keep him, or insert a buy back clause, as is their academy player wont these days.

Crystal Palace: Wilfried Zaha
But of course. Any Premier League club with any significant amount of money to spend will automatically be linked with Zaha. And we would like to apologise to Palace fans, who must be sick of it. But Zaha propagates much of the fuss by handing in transfer requests with the attitude of a toddler throwing toys out of a pram.

Palace’s change of style and forward impetus may cause Zaha to think twice, but in reality, Newcastle now offer a better chance of the European football he so clearly desires and presumably a hell of a lot more money.

Everton: Mason Holgate
Kevin Phillips is right – that’s not a Premier League back four. If there’s one area Newcastle need reinforcements, it’s in defence, and Tarkowski needs a partner. Carlo Ancelotti was a fan of Holgate, but just two Premier League appearances this season suggests Rafa Benitez is not.

Leeds: Raphinha
He got two assists from the bench on debut for Brazil on Friday and has scored half Leeds’ Premier League goals this season. But if the reports are true, Newcastle will have a battle on their hands to land the 24-year-old, as it appears most of Raphinha’s downtime is spent fielding phone calls from Bruno Fernandes.

Leicester: Jamie Vardy
Asked whether he would swap Leicester for one of the “big boys” a couple of months ago, Vardy said he would remain at Leicester “until the end”. Ah, but what about a smaller, richer boy? It would be a surprise perhaps, given his age, but below Jesse Lingard, Tarkowski and Philippe Coutinho at the top of the bookies’ charts for January transfers, comes the 34-year-old at 16/1.

Admit it, Vardy raising his hand in celebration to the Gallowgate would be special.

Liverpool: Alex Oxlade-Chamberlain
Linked with a return to Arsenal, the Ox just needs to be anywhere other than Liverpool. He started just two Premier League games last season despite being fit for two-thirds of the campaign and hopes of more game time following the departure of Georginio Wijnaldum after an opening-day start against Norwich have been dispelled by just eight further league minutes since.

Manchester City: Raheem Sterling
When asked whether Newcastle would be in the market for Kylian Mbappe, director Amanda Staveley said the club “are in the market for world class players” before claiming “we already have world class players”. We have a problem with the plurality of that statement. For some (probably mainly Toon fans), Allan Saint-Maximin could be deemed as such, but no matter your definition, he is the only reasonable holder of the title of ‘world class’.

If ASM is, there is no doubt Sterling belongs in that category. He has a combined total of 108 Premier League goal contributions in his last four seasons for Manchester City but has found himself on the fringes following the arrival of Jack Grealish to the Etihad. If the new owners want a statement signing, Sterling is the one. Rio Ferdinand agrees.

Manchester United: Jesse Lingard
“Obviously, the World Cup is a long way away but… you need regular football.” A 28-year-old of Lingard’s quality not starting Premier League games is a travesty and as he is clearly aware, bad news for him ahead of the World Cup, and for England. As he illustrated for West Ham last season and in the very few opportunities Ole Gunnar Solksjaer has given so far this term, he’s a numbers machine currently in the prime of his career; it would be such a shame to waste his best years.

Norwich: Todd Cantwell
The shining light in Norwich’s last Premier League dalliance, he’s yet to reach those heights this time around, but is clearly a very talented footballer. Linked with the very best, Jurgen Klopp’s rumoured admiration has come to nothing, but he’s a Premier League quality playmaker whose love for his hometown club surely won’t pass the test of another relegation.

Southampton: Moussa Djenepo
He scored a stunning goal for the Saints against Sheffield United just a month after arriving in the Premier League, hinting that he could indeed “be better” than Sadio Mane one day, but just one goal since suggests he probably won’t. In truth, there weren’t many options to choose from in the Southampton squad.

Tottenham: Harry Winks
Two years ago, Winks started three World Cup qualifiers on the trot for England, scoring his first goal for his country against Kosovo. He hasn’t got a hope in hell of getting back into Gareth Southgate’s plans if he remains with Spurs, where Nuno Espirito Santo appears to covet his abilities even less than Jose Mourinho. If nothing else, he’s a calming influence on a midfield and Newcastle certainly need a bit of that.

Watford: Ismaila Sarr
Only Zaha has been fouled more than Sarr in the Premier League this season – a sure sign he’s doing something right. And if that’s not evidence enough, he’s also scored four goals. A club better than Watford will move for Sarr in the summer if Newcastle don’t beat them to it.

West Ham: Issa Diop
Kurt Zouma’s arrival at West Ham means Diop is now at best fourth choice under David Moyes, who preferred Craig Dawson and Angelo Ogbonna as his centre-back pairing last season. The Geordies may be hoping for more exciting signings but we’re giddy at the thought of their lilting voices of bemusement when repeating his name.

Wolves: Adama Traore
Saint-Maximin one side and Traore the other? Yes. F***ing. Please.