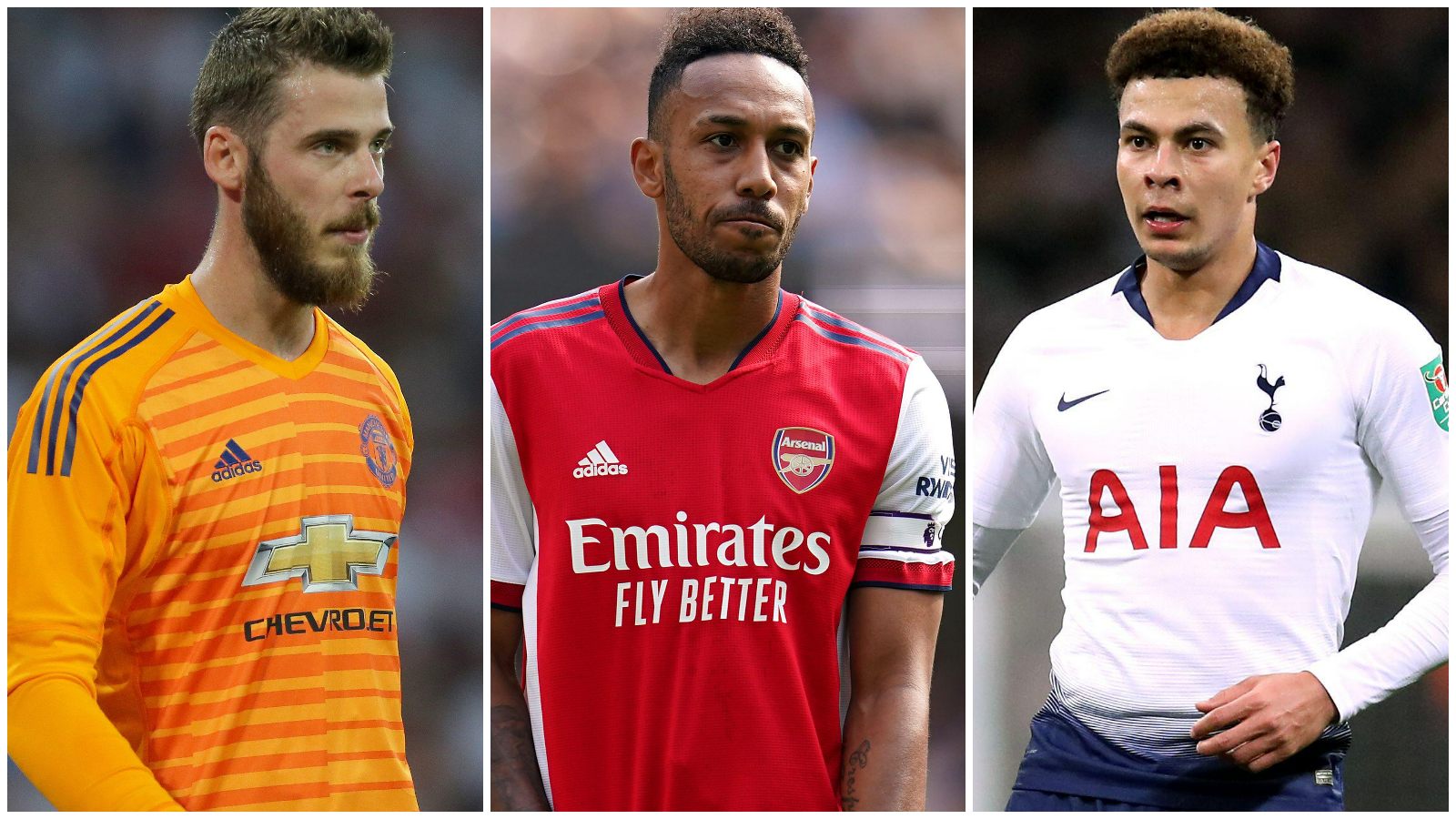 After signing a new deal, might Mo Salah be the next Pierre-Emerick Aubameyang, David De Gea or… Jon Flanagan?

Liverpool have relented, making Salah their highest-paid player ever. It wasn’t a tactic that worked for Arsenal or West Ham…

Pierre-Emerick Aubameyang
The Arsenal captain entered the final year of his contract at the Emirates in 2020, sparking speculation he would be on his way before the Gunners lost another key player for nothing. To avoid that prospect, Arsenal made Aubameyang their highest-paid player ever by putting in front of him a three-year contract worth around £350,000.

“Signing for this special club was never in doubt,” said the then-31-year-old. Like f*** it was.

What made Arsenal feel obliged to break the bank for the veteran? In his first full season he shared the Golden Boot after bagging 22 Premier League goals. The following campaign, he netted 29 in 44 games across all competitions, including a match-winning brace in the FA Cup final.

That gave Aubameyang a very strong negotiating position, but once the ink was dry on his new contract, the goals dried up too. He scored only 14 in 2020-21 and the first half of last season, a period more notable for disciplinary concerns that led to him being stripped of the captaincy and then left out altogether.

Halfway through his contract, Arsenal and Auba agreed to tear it up, at some considerable expense to the Gunners, but not as much as it would have cost them to see out the ex-skipper’s deal. As a free-agent, he hopped on a flight and Barcelona picked him up.

David De Gea
The Manchester United goalkeeper signed a similar-sized deal to Aubameyang’s but the Red Devils committed to at least four years, with the option of a fifth, when they made the Spaniard their second-highest-paid star in September 2019.

United, who blew their bargaining position by dropping to their knees for Alexis Sanchez 18 months prior, coughed up to avoid the prospect of De Gea being gobbled up as a free-agent by PSG or Real Madrid.

De Gea wasn’t in vintage form immediately before putting his scribble on his new deal but he had plenty of credit in the bank after six stellar years prior to that wobble. It was hoped the stability of his contract would allow him to flourish once more.

That proved not to be the case. De Gea’s wobbles continued through the 2019/20 season, which was arguably his poorest in the United’s sticks since his torrid maiden season in 2012/13. It left the best-paid goalkeeper in the world having to re-audition for his role the following campaign when Dean Henderson laid claim to the gloves. It was a battle neither keeper initially won, until De Gea took advantage of Henderson’s misfortune with illness and injury last season to rediscover some of his very best form to once more be named United’s Player of the Season.

Dele Alli
Under Mauricio Pochettino, Tottenham didn’t sign many players but rarely did it seem a week went by without the manager having his arm around a current Spurs star as they inked new terms.

It was Dele Alli’s turn in October 2018. There wasn’t a huge rush since the England international still had three and a half years left to run, but Spurs were willing to bump up his salary in line with his growing status while tying him down for six years. Only Harry Kane was paid more.

At that time, Alli was an England regular and it was expected that he would go on to have a long international career. With Spurs, he had just helped them to their best Premier League start, but the remainder of the 2018/19 season was blighted by injuries.

He lost his England place in 2019, and though he had a brief resurgence when Jose Mourinho replaced Pochettino and was played in a more attacking role, he soon fell out of favour with the new boss amid more injuries and off-field controversies.

Under Mourinho, Ryan Mason and Nuno, Alli started only 15 Premier League games in 2020-21 and 2021-22. Antonio Conte didn’t fancy him much either and shipped him off to Everton. Under Frank Lampard at Goodison, Alli started only once in that Toffees side.

Dimitri Payet
West Ham have had their fingers burned a few times. Marko Arnautovic signed lucrative new terms in 2019 only to sod off to China the next chance he got, scoring only three goals in the intervening six months.

It was Payet, though, who first stiffed the Hammers. The France star was brilliant in his first season with the Irons after joining from Marseille in 2015 for £10.7million. He scored a dozen goals and created 15 more to be named Hammer of the Year while being shortlisted for the PFA award.

That was shortly after Payet signed a new contract in February 2016 that would see him earn £125,000 a week until 2021. “I hope – and I really think – that he will play with us for a long, long time,” said manager Slaven Bilic. But by the halfway point of his second season, Payet’s mood had changed. He scored two Premier League goals and though he laid on seven more, four of those assists came in two games against Watford and West Brom, both of which ended in 4-2 defeats.

In the January window, Payet approached West Ham and told them he wanted to go back to Marseille and that he wouldn’t train until they bowed to his demands. The Hammers initially dug in but it became clear after a fortnight that there was no way back. They took £25million off Marseille and sent Payet off with a flea in his ear.

Jon Flanagan
The local lad was one of the stars of Liverpool’s surprise title challenge in 2013/14 and though he subsequently struggled with injuries, as his contract was ticking down to its expiry in 2016, Jordan Henderson urged the club to get a deal done.

“It’s huge that it gets sorted out,” said Henderson. “I don’t think players like him grow on trees. You have people like him, Steven Gerrard and Jamie Carragher who have come through the academy. The fans feel like they are one of them, which really they are. He’s a huge player for the club and the fans. It’s in everyone’s interests for it to be sorted out soon.”

Liverpool listened and Flanagan signed new terms in March 2016. He celebrated by captaining the club in their next outing against Southampton.

But Gerrard and Carragher he most certainly was not. Flanagan made just two further appearances for the Reds, going on loan to Burnley – he played six Premier League games for the Clarets – and then Bolton before leaving when those new terms expired in 2018.