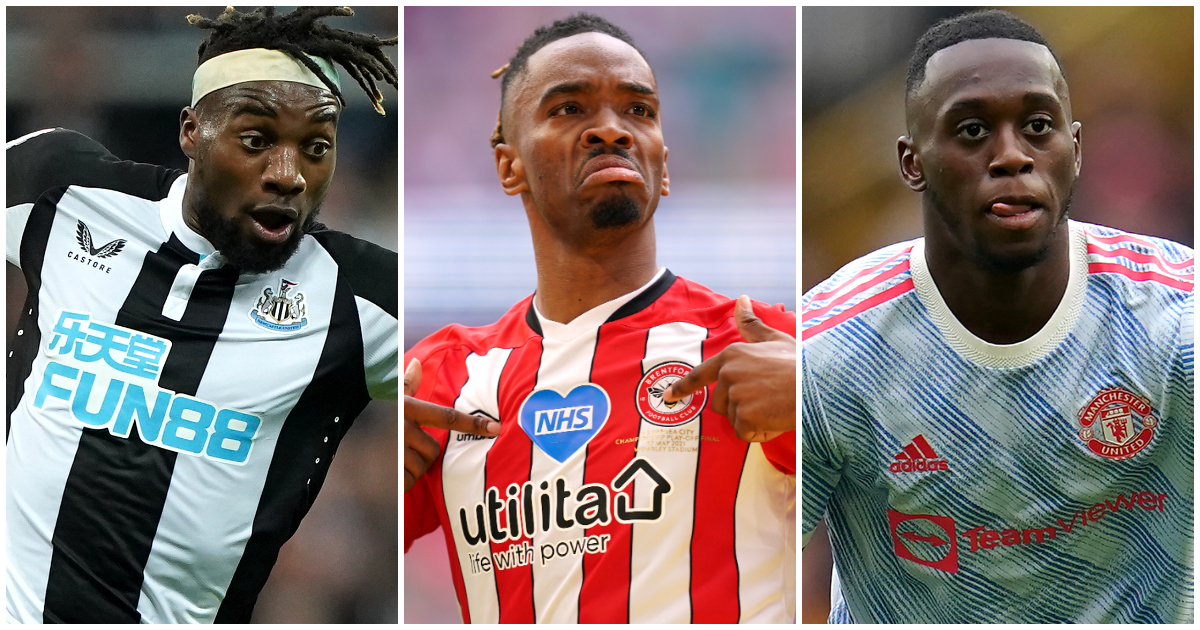 Some, like Aaron Ramsdale and Eberechi Eze, are on the verge of being capped. Others, like Aaron Wan-Bissaka like Abdoulaye Doucoure, may have to switch allegiance…

Goalkeeper: Aaron Ramsdale (Arsenal, not England)
The Arsenal keeper joined up with the England squad for the European Championships as fifth choice, with Nick Pope and Dean Henderson crocked. But that was before he became one of the signings of the season so far and the pecking order under Jordan Pickford suddenly looks less clear. A continuation of his early form for the Gunners will surely see him capped sooner rather than later and Ramsdale reckons he can take the gloves off Pickford on a permanent basis. “I have the self-belief that, yes, I could hold down the position,” he said last week.

Right-back: Aaron Wan-Bissaka (Manchester United, not England)
“Aaron is a very good defender, one against one he’s probably as good as I have seen, but I have to look at the balance of the team and currently there are players ahead of him,” said Gareth Southgate last November. Bizarrely, the United man is, at best, the fifth-choice English right-back as we are blessed with more options there than trustworthy MPs in 2021. An excellent one-on-one defender he may be, but he needs a map and compass every time he crosses the halfway line.

Top ten signings of the season so far

Centre-back: Ezri Konsa (Aston Villa, not England)
The Villa defender was part of the England Under-20 squad that won the World Cup in 2017 and has been capped seven times at Under-21 level. But a first senior call-up still eludes Konsa, who was excellent for Villa last season and has started the new campaign in a similar vein. The 23-year-old can play in a back three or four, which hasn’t gone unnoticed beyond these shores. “Ezri is desperate to play international football and I believe he’s got Portugal pushing for him as well,” said Dean Smith recently.

Centre-back: Wesley Fofana (Leicester City, not France)
France have got so many centre-backs that Aymeric Laporte got bored of waiting and instead walked straight into the Spain team. So Fofana has many ahead of him in the queue and he will likely slip even further down the pecking order while he recovers from the injury that will keep him sidelined until next year. But he was excellent for Leicester last season even if it wasn’t good enough for France. And newly minted Newcastle are said to be interested.

Left-back: Matt Targett (Aston Villa, not England)
Despite Jack Grealish’s performances last season, it was Targett who was voted Aston Villa Players’ Player of the Year, even if his early form this term has been somewhat less stellar. An England Under-21 regular under Southgate, there were hefty rumours that he was due a call-up back in March but Luke Shaw and Ben Chilwell seem to have the left-back spots nailed down, with Kieran Trippier able to shuffle across too.

Central midfield: Abdoulaye Doucoure (Everton, not France)
Mali have courted him time and time again but, even at 28, Doucoure believes that France could yet come calling. It’s admirable, really. His first season at Everton will have done little to sway Didier Deschamps but his form through the early part of the current campaign under Rafa Benitez won’t harm his prospects. And Moussa Sissoko can’t go on forever. Can he?

Central midfield: Pascal Gross (Brighton, not Germany)
It’s over ten years since Gross last pulled on a Germany shirt, when he represented the Under-20s along with Norwich midfielder Lukas Rupp. In truth, he never came close again – he was a jobbing Bundesliga midfielder before he came to Brighton in 2017 and somehow found his niche as a creator of great, oft-untaken chances. Only six Premier League players created more chances per 90 minutes last season and only eight players have been credited with more than his eight assists. Oh and he takes a lovely penalty.

Attacking midfield: Emi Buendia (Aston Villa, not Argentina)
Buendia was called up for the first time earlier this year before he moved to Villa and was last month caught up in the faff around Argentina players failing to observe Covid rules in Brazil. But the Villa playmaker was omitted from the squad for the current international break. He might want to address his club form first before worrying over when the next international call might come.

Right forward: Allan Saint-Maximin (Newcastle United, not France)
Prior to last week, Saint-Maximin was the only pleasure Newcastle fans could take from following their team. But the winger’s thrilling runs are yet to catch Didier Deschamps’ eye, despite France’s struggle for fluency in attack over the last year. Saint-Maximin has represented his country through the youth levels, including seven times at Under-21 level. A big move might put him on Deschamps’ radar but the chances of that happening have probably dwindled since the Saudis rode into Toon.

Left forward: Eberechi Eze (Crystal Palace, not England)
The Palace star finds himself in this team this week rather than the England squad because of the injury that cruelly robbed him of his first call-up back in May. Eze returned to the dressing room at Palace’s training ground immediately after damaging his Achilles only to find notice of his place in England’s provisional 26-man squad for the European Championships. He might not have made the final cut for the summer, but a continuation of his form from last season would surely have earned the 22-year-old his first cap before now.

Centre-forward: Ivan Toney (Brentford, not England)
Thomas Frank is convinced Toney will follow former Brentford striker Ollie Watkins into the England squad. “I think Gareth is already looking at him, and I would expect that,” he said a fortnight ago before the latest squad announcement. “I am convinced that he’s looking at Ivan and then it’s that balance between who you’ve already got in the squad, different types and all that.” If there is no place in the England squad then, like Michail Antonio, there is an invitation from Jamaica, who tried to call Toney up earlier this year only to be custard pied. For now.