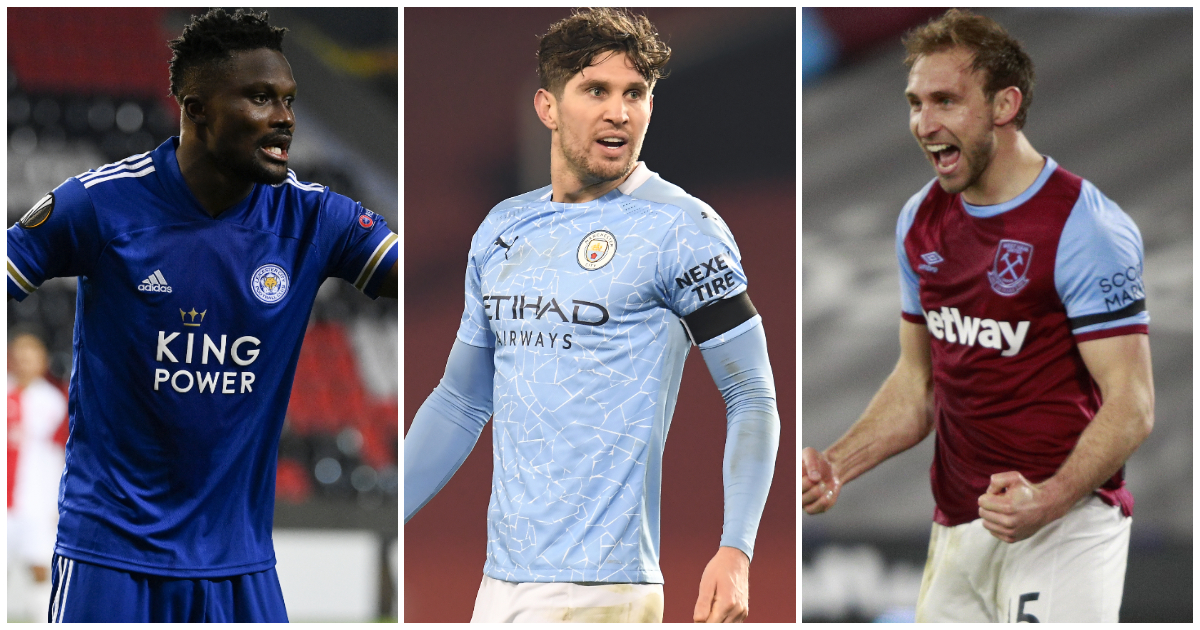 They thought it was all over but…

Craig Dawson
‘Underwhelmed’ is probably the nicest way of describing West Ham fans’ reaction to the loan signing of Dawson back in October. The 30-year-old couldn’t get in Watford’s team through the first month of the Championship season, but Dawson has established himself as one of the most astute signings of 2020.

West Ham have made a few of those in the last year or so. Tomas Soucek and Vladimir Coufal were discovered in Prague, while Jesse Lingard was plucked from Man Utd’s scrapheap.

Taking United’s cast-offs is one thing; rehoming Watford’s strays is quite another. But once Dawson worked his way into David Moyes’ XI – he sat out the first 11 games – the Hammers went three games without conceding in a sequence of four wins in five games.

With Dawson playing every minute of the last 12 matches, West Ham have lost only twice – to Liverpool and Manchester City – while keeping six clean sheets. Dawson has also weighed in with three goals while Moyes and his Hammers make us question everything we ever knew about anything…

Antonio Rudiger
Frank Lampard didn’t much fancy the Germany defender. The ex-Chelsea boss exiled Rudiger from his match-day squad for a month prior to the transfer window closing, refusing even to take him to Barnsley for a Carabao Cup tie.

The £30million signing from Roma was relegated to fifth choice, with Thiago Silva, Kurt Zouma, Andreas Christensen and Fikayo Tomori all ahead of him in the pecking order. Lampard’s issue with Rudiger was never clear, and it certainly did not affect his standing with the Germany national team; he started all five of their matches in October and November.

When Chelsea failed to shift Rudiger before the deadline in October, Lampard at least offered the 30-year-old a place on his bench. Against Newcastle towards the end of November, he even let Rudiger play.

It was another six games before he was seen again in the Premier League, by which time Lampard was probably willing to try anything. Rudiger featured in three of Lampard’s last four matches, and when the axe fell on the Chelsea boss, the defender sprang to his defence.

But that doesn’t mean Rudiger wasn’t bloody delighted to see compatriot Thomas Tuchel take over. Since Tuchel’s arrival, prior to being granted ‘a little break’ against Everton on Monday, Rudiger hadn’t missed a Premier League minute during Chelsea’s fine start under their new boss.

The talk now is not of finding a move away from Chelsea but extending the contract which expires next year.

Ten PL things that wouldn’t have happened with crowds

Joao Cancelo
The Portugal full-back had a tricky first year at Manchester City. So much so that reports suggested City tried in both windows since signing Cancelo to get rid of him once more.

Numerous stories claimed both the player and his manager were ready to try something new after Cancelo was given only 13 starts during a season he spent most of his time watching from the bench. The line most pedalled involved a three-way deal which would have seen City replace Cancelo with Barcelona full-back Nelson Semedo.

But the deal never transpired. So rather than re-sell Cancelo, Pep Guardiola reinvented him.

Cancelo remains a full-back but no longer is defending his primary role – if it ever is for a Guardiola defender. Cancelo is now a playmaker, a false 2.

The 26-year-old can defend – there were doubts about that last season – but when City are in possession, as they have been for 65% of their season, Cancelo moves inside and forward to pull the strings. His presence in midfield also allows Ilkay Gundogan to get forward, which has resulted in the German scoring 11 goals in his last 16 Premier League matches.

Cancelo’s rebirth has been one of the stories of City’s season, especially since his career at the Etihad appeared dead and buried.

Get yourself a defender who can do both 🙌 pic.twitter.com/uJ9vbqetPO

Guardiola stopped trusting Stones towards the end of the 2018/19 season just when the title race was getting interesting. Even when he lost Vincent Kompany without replacing the veteran, Stones wasn’t in the picture. He was given just a dozen Premier League starts last term, then City belatedly signed a couple of centre-backs.

The assumption was that Stones would be moved on, especially while the clock ticked down on his contract. Perhaps had there been interest last summer, he would have been.

Instead, Stones has stuck around and struck up a partnership with Ruben Dias which has become the foundation for City’s procession towards the title. Now it seems Aymeric Laporte, once considered a fixture in Pep’s XI, could be the one cut adrift.

Daniel Amartey
The Leicester utility man hadn’t played a Premier League game in almost two years when he was chucked in to a reshaped side when the Foxes went to Manchester City at the start of the season. It went as well as Brendan Rodgers could possibly have dreamed…

Since then, Amartey has established himself as a key member of Rodgers’ squad, which is quite the turnaround for the 26-year-old, who had become the forgotten man at the King Power. Prior to slotting into a back three at the Etihad, Amartey last played a league game on October 27, 2018 – the fateful night when Leicester owner Vichai Srivaddhanaprabha was among five killed when his helicopter came down just after taking off from the King Power centre-circle.

Amartey had been carried from the pitch in added time with an ankle injury which threatened his career. He missed the remainder of the 2018/19 campaign and the entirety of last season. Leicester stood by the Ghanaian by giving him a new deal within eight weeks of his injury, perhaps not expected him to remain sidelined for 21 more months.

When he returned, Amartey had further hamstring problems to overcome but since Christmas, the former FC Copenhagen star has remained consistently available to Rodgers, who has grown to appreciate his versatility.

“He’s such a great guy, very honest to the game, been out for a long, long time and had a couple of setbacks along the way,” said Rodgers after Amartey scored his first goal since 2016 at Brighton on Saturday. “But he gives you everything, wherever you play him, he’s played in some big performances for us this year.”