Home F365 Features Is Sancho the only hope for pre-Rangnick Man Utd at Chelsea? 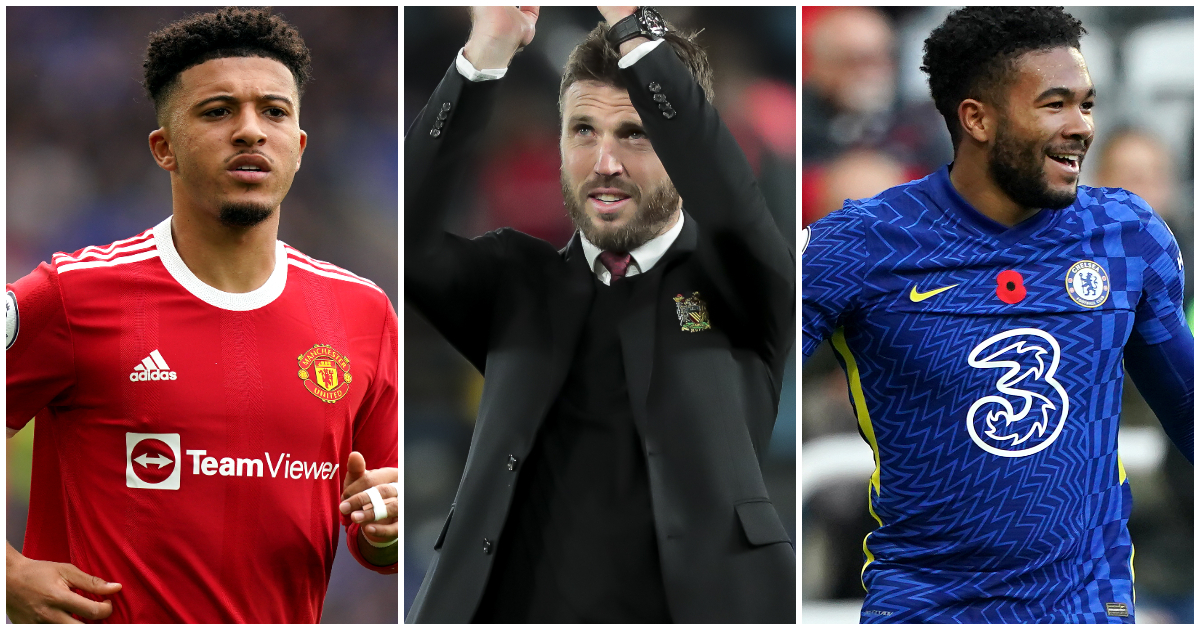 Don’t expect Man Utd to change just because Ralf is watching. Jadon Sancho could be their best hope of pulling off a shock result at Chelsea.

Manchester United Football Club has made a sensible decision. That is the shocking headline news this week as Ralf Rangnick, a groundbreaking coach and sporting director, is set to be announced as the interim manager until the end of the season, at which point he will take up a consultancy role.

Rangnick has not managed a club of United’s size before or even taken to the dugout outside of Germany, but there is universal approval of this appointment, largely because of Rangnick’s record at organising clubs, from scouting departments to tactical identity to his broader remit of almost single-handedly building the Red Bull empire.

As long as he doesn’t clash heads too many times with the United board (which is not a comment on his mischaracterisation of being a control freak, but rather the bullish incompetence of those in charge at Old Trafford), Rangnick can help modernise the club in many ways. The main one, for now, will be laying the foundations for a style of hard-pressing, vertical-line football he helped innovate in Germany.

But the Rangnick project must wait another few days. First United need to find a way to stop the best team in Europe right now…

Carrick likely to sit deep despite Rangnick appointment
Michael Carrick will only get one Premier League game in charge of Man Utd. There is no audition here, which means no pressure to play exciting football or get the fans on side at Chelsea. It is purely a results game for Carrick – so the Rangnick era is irrelevant. The caretaker manager will instead take a defensive approach in this game, channeling some Ole Gunnar Solskjaer energy by sitting deep and looking to play on the counter-attack.

That would make the most sense, if nothing else because United remain at a low ebb and seem highly unlikely to be able to compete in any meaningful way with Chelsea. Villarreal were worryingly dominant in United’s 2-0 win on Tuesday, Unai Emery’s sharp counter-attacks easily cutting through the visitors despite the final scoreline.

Carrick, then, will double down on a conservative system designed to block Chelsea. The hope will be to create a dull and low scoring game, taking advantage of Romelu Lukaku’s absence and nicking something late on through Cristiano Ronaldo looking to break beyond Chelsea’s high line.

McFred should be overwhelmed by Chelsea midfield
It’s pretty unlikely to work. Scott McTominay and Fred were unable to defend the wide-open spaces at Villarreal, continuing the Solskjaer era, and with Bruno Fernandes or Donny van de Beek sat in front of them on Sunday United’s two-man wall probably won’t cope with the bodies Chelsea pack through the middle.

Kai Havertz dropping off as the false nine will cause problem enough, as will the square-shaped configuration of the central midfielders and forwards. Leicester City were blown away last weekend because Wilfried Ndidi and Boubakary Soumare had too much to do; they couldn’t press onto N’Golo Kante and Jorginho, who ran the game, and couldn’t afford to drop deep enough to shut down the passing lanes into Mason Mount and Callum Hundson-Odoi, either.

Considering Ronaldo will be in the starting line-up, Man Utd will clearly have a similar issue. Chelsea’s dominance in midfield should create plenty of chances.

Reece James to hurt United on Ronaldo’s side
Referring again to the Leicester game, Chelsea kept finding space centrally because Soumare and Ndidi were dragged wide in the hope of chasing Reece James – in incredible form lately as an all-action wing-back. Fred and McTominay will be panicking about the prospect of his intelligent under-lapping runs, and even as a traditional wing-back James is likely to lure the central midfielders away from an already-crowded zone.

Carrick started Ronaldo on the left wing against Villarreal, and assuming he will do that again James might just be given even more room down that flank. It is hard to see who in the United team can stop James from dominating the game, what with Luke Shaw being out of form and the squad generally looking flat and timid.

James can hurt United by crossing from deep, by playmaking in the right half-space, or scoring himself inside the area. His variety is a worry, and symbolic of the wider issue for Carrick’s team: Chelsea can hurt you in so many different ways, showing astonishing flexibility and organisation in the width and depth, that Man Utd surely won’t have had the time (or the coaching) to prepare for it.

Sancho versus Alonso the most interesting battle
If Man Utd have any hope, beyond David De Gea heroics at one end and Ronaldo heroics at the other, then it’s Jadon Sancho coming up against Marcus Alonso. Ben Chilwell’s suspected ACL injury is a huge blow for Chelsea, and Alonso, who has only started two games for the club in the last two months, might be a little bit rusty. He is certainly a step down in quality.

Sancho’s goal in Spain will give him a huge confidence boost. The England international was never suited to Solskjaer’s football and, with all that Borussia Dortmund coaching, should excel under Rangnick, but in the mean time can pick up where he left off by running directly at Alonso. The left wing-back is often guilty of being caught too far ahead of the ball; any small positional error at Stamford Bridge could be punished by Sancho.