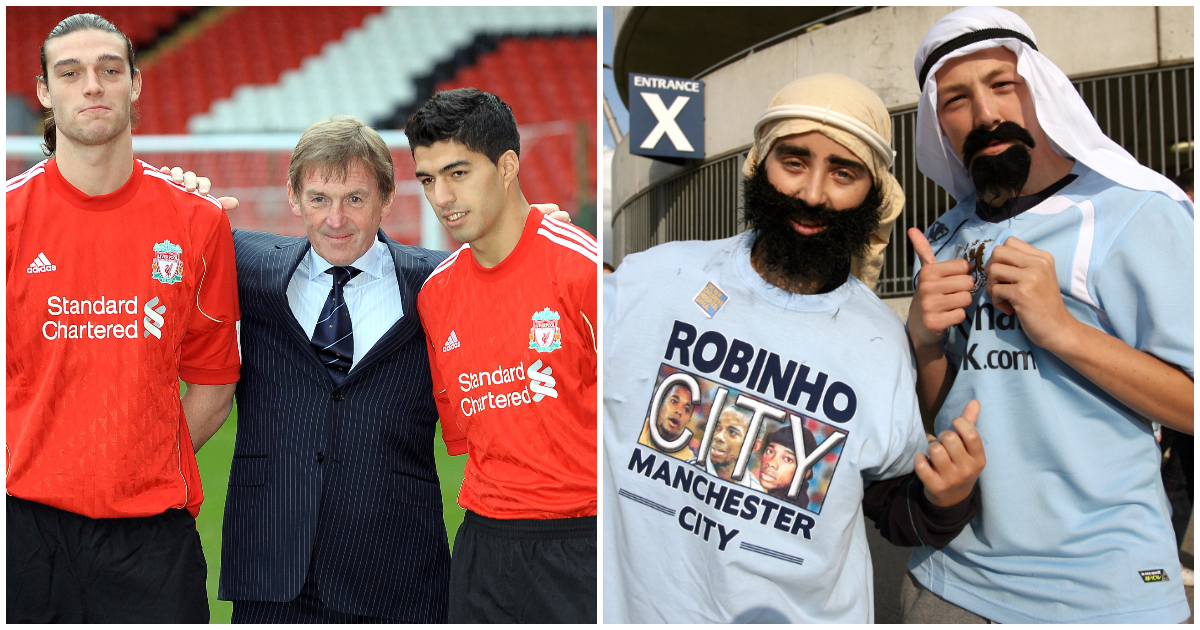 Arsenal – Denis Suarez
Stan Kroenke bought Alisher Usmanov’s 30 per cent stake in August 2018 to take full control of the Gunners and force the remaining shareholders to sell him their shares, too. The first signing after that was Suarez on loan from Barcelona in January 2019. He played a grand total of four completely forgettable Premier League matches.

Brighton – Andrew Crofts
Tony Bloom took over as chairman of Brighton, then in League One, in 2009 but his cash injection went on funding the Seagulls’ shiny new stadium. One of the first arrivals of his regime was Crofts on a free from Gillingham. After a successful season with Albion, the midfielder moved to Norwich before returning to Brighton in 2012. He later returned again for another spell as a player-coach within the academy where he is currently head coach.

Burnley – Nathan Collins
ALK Capital completed its takeover of the Clarets on the final day of last year. They chose to make no signings in their first month as owners before splashing out in June £12million on Stoke centre-back Collins.

Chelsea – Glen Johnson
The West Ham full-back became the first signing of the Roman Abramovich era when Chelsea paid £6million for the teenager.

Crystal Palace – Randell Williams
Josh Harris and David Blitzer joined Steve Parish in control of the Eagles in December 2015. The first player to put pen to paper was 19-year-old Williams, a wide player from Tower Hamlets who had spent time at Tottenham’s academy but never featured in the first team and now plies his trade at Hull.

Everton – Maarten Stekelenburg
For around £850,000 from Fulham, the Netherlands stopper was the first signing of Farhad Moshiri’s stewardship and Ronald Koeman’s first recruit in July 2016.

Leeds United – Hadi Sacko
Andrea Radrizzani completed his buyout in May 2017 before recruiting 20 players in his first summer. His first signing was Mali winger Sacko, who had spent the previous season on loan at Elland Road. Sacko is currently on the books at CFR Cluj.

Leicester City – Frank Moussa
The Srivaddhanaprabha family took over the Championship club in August 2010 and in the following days they signed Belgian midfielder Moussa on a free from Southend. He made only eight league appearances in two seasons before his contract was terminated by mutual consent.

Liverpool – Luis Suarez
FSG took over at Liverpool in October 2010 before a frantic finale to the January 2011 window saw them sign a Uruguayan from Ajax, which worked out pretty well, and a pony-tailed Geordie, which did not.

Manchester City – Robinho
Sheikh Mansour came from nowhere to buy City in the final hours of the summer 2008 window. He had just enough time to show the world he meant business by splurging on a befuddled Brazil star from Real Madrid.

Manchester United – Edwin van der Sar
The Glazer family took over at United in May 2005 before making the Holland goalkeeper their first signing, with Park Ji-sung following a few days later.

A takeover signing XI that should excite Newcastle supporters

Newcastle – Mark Viduka
Mike Ashley’s first signing was a free transfer, you’ll be stunned to learn. Viduka moved to St James’ Park in June 2007 after his contract at Middlesbrough had expired. We await the first new signing of the Saudi era in Toon. Probably Philippe Coutinho for half a billion…

Norwich – Matt Jackson
Joint-majority shareholders Delia Smith and Michael Wynn-Jones joined the board in 1996, stumping up almost £500,000 of their own money to buy Jackson from Everton. The defender went on to become Norwich captain and player of the season in 1998.

Southampton – Wesley Hoedt
Gao Jisheng bought an 80 per cent stake in Saints in August 2017 a week before Dutch centre-back Hoedt was signed from Lazio for around £15million.

Tottenham – Teddy Sheringham
ENIC international, established by Joe Lewis and Daniel Levy, bought a controlling stake in Spurs from Alan Sugar in February 2001. At the end of the 2000/01 season, Levy played a major role in convincing Sheringham to leave Manchester United and return to Spurs on a free transfer, despite Sir Alex Ferguson wanting the striker to stay at Old Trafford.

Watford – Manuel Almunia and Fitz Hall
The Pozzo family took over in June 2012 and the Hornets confirmed seven signings at the end of July, with five being loanees from other clubs in the Pozzo portfolio. Almunia arrived on a free from Arsenal, while Hall made the move from QPR.

West Ham United – Benni McCarthy, Mido, Ilan
After taking control of the Hammers in January 2010, David’s Gold and Sullivan began a stream of sh*te striker signings, with only Ilan actually scoring any goals.

Wolves – Helder Costa
The Portuguese winger was the first signing of the Fosun era in June 2016, initially on loan, before Wolves paid Benfica a club-record fee of £13million to make it a permanent arrangement.