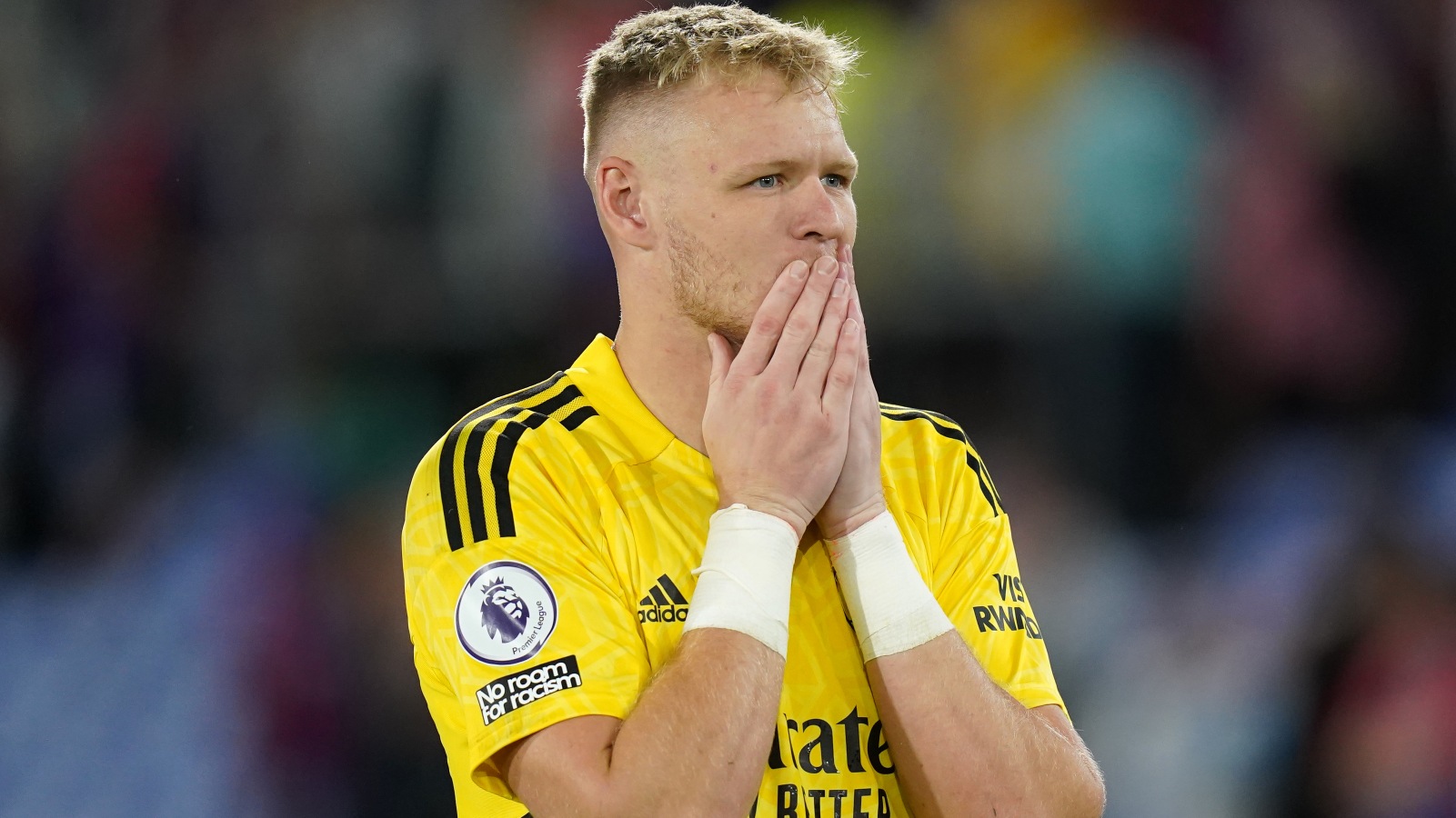 We’ve used stats to rank the Premier League keepers and the numbers highlight how important Alisson has been for Liverpool. It’s a bad time for David De Gea’s standards to slip.

Courtesy of the wonderful FBREF we’ve used the PSxG minus goals allowed metric to rank the top-flight stoppers. ‘What the f*** is that?’ you might reasonably ask…

Post-shot expected goals is expected goals based on how likely the goalkeeper is to save the shot. When the number of goals they have conceded is subtracted, we are left with the figures below. FBREF explains that positive numbers suggest better luck or an above-average ability to stop shots…

1) Alisson (Liverpool): +8.1
Christ, how bad would it have been for Liverpool if Alisson wasn’t in this kind of form? Jurgen Klopp needs to hope his cup nightmare against Wolves was a one-off or the Reds’ slide will only accelerate if their keeper suddenly stops getting them out of the mire.

2) Kepa Arrizabalaga (Chelsea): +6.8
He might have ushered in Manchester City’s winner at Stamford Bridge but Kepa is showing the kind of form that prompted Chelsea to make him the world’s most expensive keeper. Back-to-back clean sheets are very handy indeed for Chelsea.

3) Bernd Leno (Fulham): +3.3
Leno was always too good to sit on Arsenal’s bench and the German has been a very astute purchase for Fulham as they embark on a European push that absolutely no one saw coming. And he’s a busy boy in that Fulham goal.

4) Nick Pope (Newcastle): +3.3
Pope was one of the signings of the summer for only £10million from Burnley. The England stand-in has the most clean sheets in the league and the highest saves percentage.

5) Neto (Bournemouth): +2.9
Since signing for Bournemouth from Barcelona in August, Neto has brought some reliability to a goal where previously there was little. The contrast there between him and Mark Travers is stark.

6) Aaron Ramsdale (Arsenal): +2.2
The Arsenal keeper is doing his bit to enhance the Gunners’ title push; he was brilliant against Tottenham and got a smack in the back for his troubles. But then he was pretty terrible v Manchester United.

8) David Raya (Brentford): +1.3
The Bees keeper is one of the busiest in the league and is clearly an asset.

9) Łukasz Fabianski (West Ham): +1.2
The Hammers keeper remains as reliable as ever, despite his 38th birthday approaching before the end of the season. The expectation was that Fabianski might be phased out for Alphonse Areola but the France international remains firmly second choice.

10) Jordan Pickford (Everton): +0.5
The England keeper is exempt from much of the flak flying around Goodison Park, with last term’s player of the season largely maintaining his standards.

11) Edouard Mendy (Chelsea): -0.3
One of Thomas Tuchel’s last acts was to drop Mendy and Graham Potter has seen no reason to bring back the Senegal stopper. He looked great when he first signed – perhaps because he was a relatively safe pair of hands compared to when Kepa was chucking them in – but Potter seems to prefer the Spaniard’s all-round game, which means an extended stay on the sidelines for Mendy.

12) Robert Sanchez (Brighton): -1.2
Spanish Bob forced his way into the national team reckoning with his form after becoming the Brighton No.1, but has he really maintained those levels? Last season, he finished with a PSxG of -1.1. Even if his form has waned, it doesn’t seem to have put off the likes of Spurs and Chelsea.

13) Vicente Guaita (Crystal Palace): -2.2
The fear around Palace is they might be sleepwalking towards a relegation scrap and their keeper isn’t helping right now. He’s had a torrid festive campaign, including consecutive appearances in our Worst XI. In the FA Cup, he was at fault for both Southampton goals. But Palace still felt content to lend out Jack Butland to Manchester United.

14) David de Gea (Manchester United): -2.4
Only Nick Pope and Aaron Ramsdale have more clean sheets than De Gea, but that calamity against Everton reminds us that the ex-Spain international is not the presence he once was. A slip in his performance levels from last season comes at a bad time while United ponder what to do about his massive contract.

15) Hugo Lloris (Tottenham): -3.1
After 145 caps, for the first time in almost 15 years, France have to think about a future without their No.1. That day is surely coming for Spurs too, even if the 36-year-old has a couple of years remaining on his deal, with no-one making more errors that have led to goals this season.

16) Jose Sa (Wolves): -3.1
It has been a tough time to play behind that Wolves defence but at least Julen Lopetegui seems to have firmed them up a bit. Sa has played some of the season with a broken bone in his wrist and he has saved both penalties he has faced. But the Portugal keeper will be looking to improve his own standards through the second half of the season to something closer to those that made him the Premier League’s best performer in this metric last season.

17) Ederson (Manchester City): -3.7
Ederson remains the ideal goalkeeper for Manchester City but still some way from being the perfect goalkeeper. City play a high line, like Liverpool, but Ederson is rather more rash than his compatriot Alisson when it comes to dealing with one-versus-ones. Still, if that’s the price to pay for Ederson’s passing and composure in possession – absent though it was against Spurs – Pep Guardiola is willing to pay.

18) Dean Henderson (Nottingham Forest): -4.1
“I didn’t really want the manager to see me in training because I knew he’d probably want to keep me,” said Henderson about United boss Erik ten Hag. The Forest loanee presumably hopes he doesn’t see his stats too.

19) Danny Ward (Leicester): -4.7
Ward’s fortunes have mirrored Leicester’s. He had a wretched start to the season but he was largely unprotected, especially at set-pieces. Since the Foxes got their act together, Ward has looked more assured, though he still needs to convince many that he should be No.1 long-term.

20) Illan Meslier (Leeds): -4.8
Leeds fans love Meslier, and plenty of other clubs are apparently watching the young Frenchman, but his numbers aren’t great. Last season, he finished with a PSxG of -16.2, so you could argue that this term has brought about an improvement, with Leeds’ defence protecting him marginally better.

21) Mark Travers (Bournemouth): -6.9
The numbers look even worse for Travers. He has the lowest saves percentage in the Premier League at 51.7%, compared to his rival for Bournemouth’s gloves, Neto, who is second behind only Nick Pope.

22) Gavin Bazunu (Southampton): -9.5
Maybe the Southampton goal is no place for a youngster this season. Bazunu was superb for Portsmouth in League One last year but the step up to the Premier League has been a big one for the Republic of Ireland stopper. Only Travers has a worse saves percentage – Bazunu’s is 56.3% – with a big jump up to the next lowest, with Ward on 63.3%.