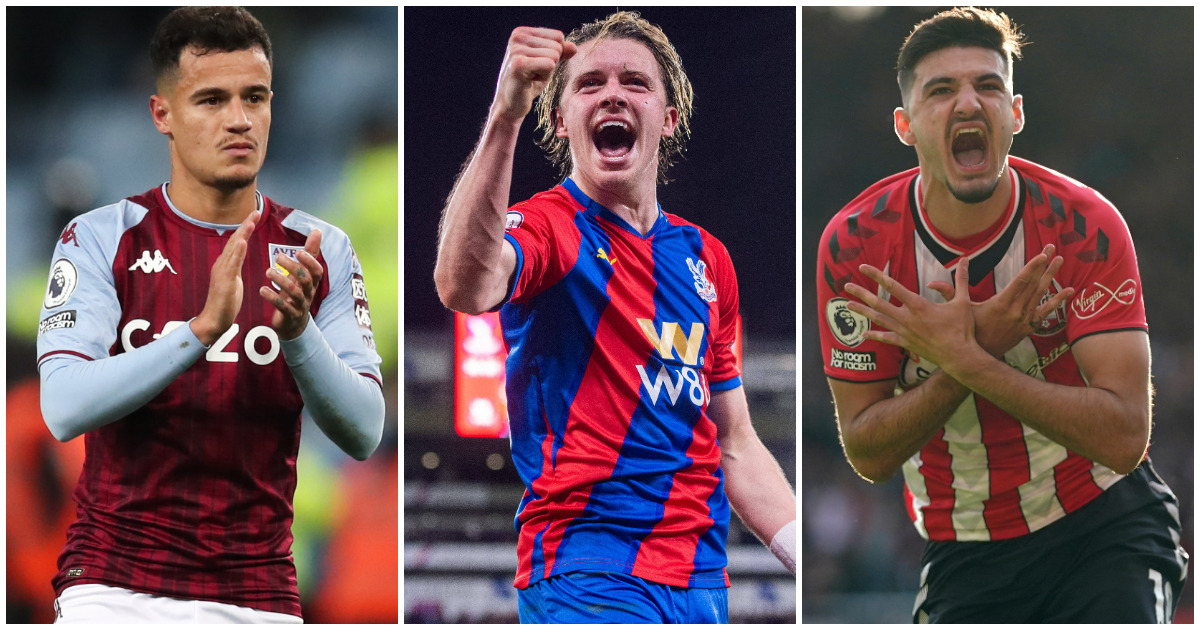 Two Chelsea starlets have enhanced their reputation away from Stamford Bridge while another has struggled. He still makes this XI, though…

Alphonse Areola (West Ham)
Slim pickings in the battle for the temporary gloves, with only two borrowed goalies in the Premier League. One is Pierluigi Gollini, who has conceded 11 goals in 10 appearances in all competitions while Spurs ponder whether to buy him permanently for £12million from Atlanta. They probably don’t need to now. So Areola takes the No.1 spot despite having only played one Premier League game for the Hammers. But six clean sheets in nine other matches, and his form for Fulham last year, make the PSG loanee the safer pair of hands.

Anwar El Ghazi (Everton)
The twice-capped Holland international fills a hole at right-back in what is a pretty shonky defence. We’ve no idea if El Ghazi will be any good for Everton since he is yet to play for the Toffees. He spent his first game at Norwich sat next to Rafa Benitez on the bench and the opponents for his second match were his parent club Aston Villa. When Duncan Ferguson does give El Ghazi his chance, the 26-year-old will compete with Andros Townsend, Demarai Gray and Anthony Gordon for one of the wing positions. Not right-back.

Cristian Romero (Tottenham)
Last season’s Serie A defender of the year was Spurs’ marquee signing, initially on loan with the option of a £42million permanent deal next summer. We know Antonio Conte likes Romero since the Argentina international was the manager’s first choice for the right-sided centre-back position before his hamstring twanged in November. Romero is due back soon, when we need to see more evidence that he’s worth the £42million outlay.

Ozan Kabak (Norwich)
The Turkey defender’s pit-stop tour of the Premier League took him to Norwich in the summer after a loan spell at Liverpool last season. Dean Smith seems to have reached a similar verdict to Jurgen Klopp since Kabak has sat inactive on the bench for the last four matches. The three in which he featured saw Norwich ship eight goals.

Brandon Williams (Norwich)
Right-footed Williams seems more comfortable on the left, where he gave Luke Shaw a run for his money at Manchester United two years ago before the England defender pulled his finger out. Once Alex Telles arrived, Williams’ opportunities were limited, sending him to Norwich, who have borrowed more players than any other Premier club.

Conor Gallagher (Crystal Palace)
One of the few undoubted successes in this XI, Gallagher has seized his opportunity to get away from Chelsea and make a name for himself at Palace. A blip in the Liverpool game aside, the midfielder has earned himself his first England cap while being borrowed by the Eagles as well as a hefty price tag should Chelsea opt to cash in on another academy graduate.

Billy Gilmour (Norwich)
Things haven’t gone quite as well for Gilmour, who went to Carrow Road as a full international already with a big reputation but was serenaded with a chant of ‘f*** off back to Chelsea’ by unimpressed Norwich fans in his most recent appearance. Daniel Farke wasn’t all that taken with the 20-year-old given he benched the midfielder for his last six games in charge, but Smith apparently sees something since he started Gilmour in all his games since taking charge before an ankle injury a month ago.

Philippe Coutinho (Aston Villa)
Easily the Premier League’s biggest borrowed name with Villa trying Coutinho before they potentially buy the Brazilian in the summer for £33million – less than a quarter the amount Barcelona paid Liverpool in 2018. It’s been an encouraging start for the playmaker, scoring on his debut to rein in Man Utd before returning to Merseyside and playing a role in beating Everton.

Trincao (Wolves)
The Portugal winger is another being loaned out by Barcelona but Trincao has blown hot and cold for much of the season after an encouraging start. His only goal has come in the Carabao Cup while he is yet to offer even an assist in 17 Premier League appearances. A sharp upturn in output is necessary to tempt Wolves into taking up the £25million option they have on the 22-year-old.

Ademola Lookman (Leicester)
Lookman has been about a bit for a 24-year-old. He joined Leicester on loan from RB Leipzig in the summer having spent a year at Fulham last season. Prior to moving to Germany, he had gone from Charlton to Everton. Inconsistency has been the overriding theme throughout Lookman’s career so far but Brendan Rodgers will hope he can maintain his recent form of three goals in six games.

Armando Broja (Southampton)
Like Gallagher, Broja has flourished away from Chelsea, scoring five goals and creating another to establish himself as Southampton’s leading No.9. Saints only problem is that Broja’s form has been so impressive that West Ham and Arsenal are also reported to be keen, in addition to Hasenhuttl’s obvious desire to keep the Albania international on a more permanent basis.