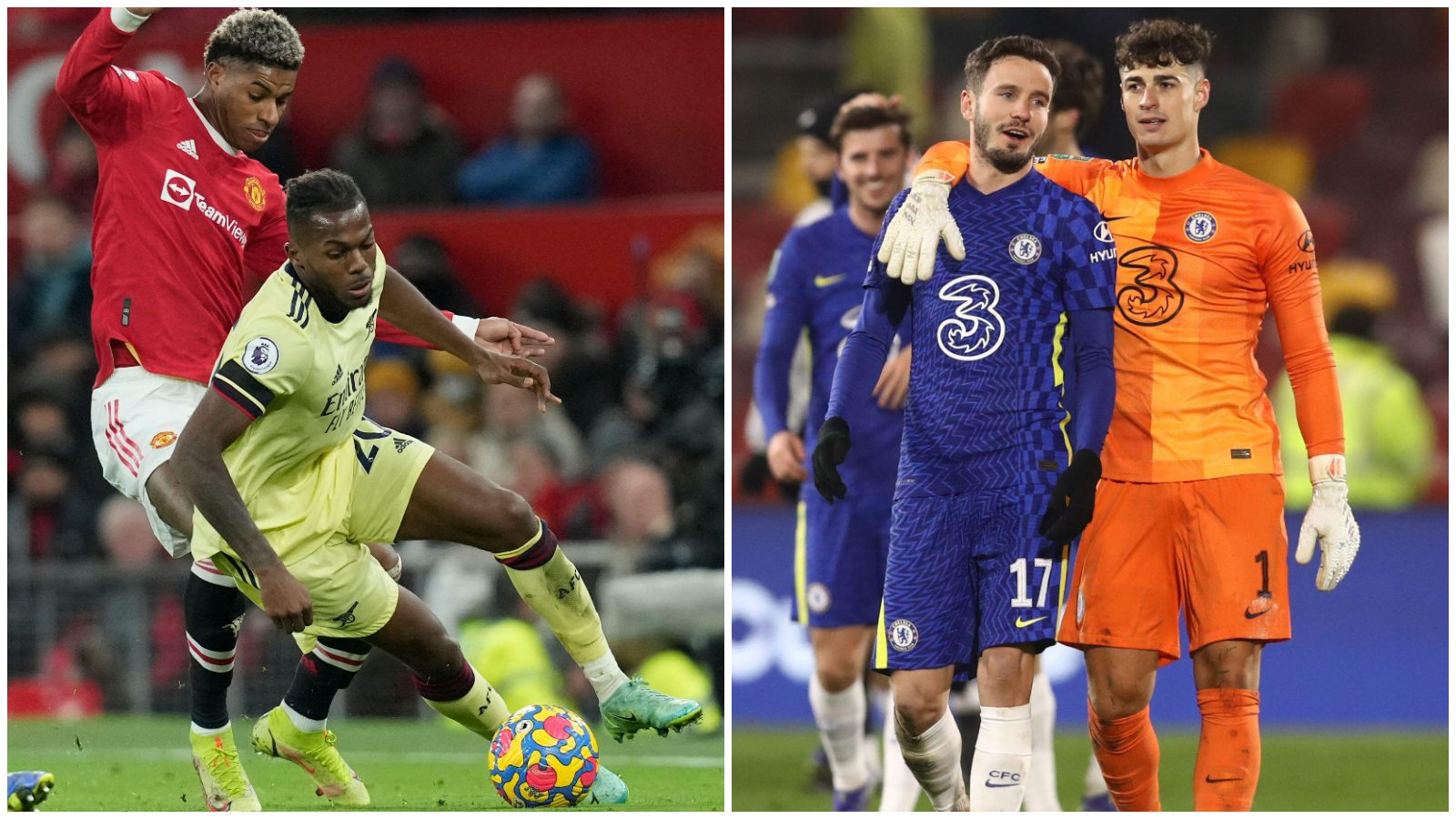 To stop this turning into a Manchester United team-sheet, only one player from each club is allowed.

GK: Illan Meslier
To select a No.1, we’ve gone down the statistical route. Behind Leeds’ shonky defence, Meslier has been the Premier League’s busiest keeper, making 130 saves from 204 shots on target faced. His save percentage is the second-worst in the division, but more crucially, the stats suggest he has conceded 8.2 goals more than he might reasonably have been expected to. Meslier may well have been spooked playing behind a defence not fit for purpose, but he has made some big mistakes this season, most recently at Arsenal last weekend.

CB: Ciaran Clark
The Newcastle centre-back was a regular under Steve Bruce despite he and Jamaal Lascelles shipping goals at a relegation rate. Eddie Howe watched Clark for 90 minutes in his first game and promptly dropped him to the bench. He returned, was sent off against Burnley and then conceded four against Manchester City. The Republic of Ireland defender played 21 more minutes for Newcastle before being bombed from the Premier League squad altogether, with Dan Burn and Fabian Schar looking like Chiellini and Bonucci compared to Clark and Lascelles.

CB: Ben Gibson
The Premier League’s worst defence demands a representative in this XI, so Gibson steps forward since he’s no longer getting a game for the Canaries. He was eventually dropped by Dean Smith following a defeat at Manchester United in which he was robbed in his own box to give the Red Devils their opener. After 27 appearances, Gibson has been benched with Sam Byram moving inside to replace him. It hasn’t done Norwich much good – they have lost the subsequent four games by an aggregate score of 12-0 – but Byram has impressed Smith, leaving Gibson out in the cold. It’s a feeling he’s familiar with after Burnley binned him.

CB: Jan Bednarek
Amid the many, many reshuffles while compiling this XI, we pondered the inclusion of a third centre-back, which immediately prompted Matt Stead to pipe up with Bednarek’s name. ‘Atrocious every time I’ve seen him,’ was the verdict. So, after a woefully inconsistent 31 appearances at the heart of Southampton’s defence, the Poland international is in.

RWB: Aaron Wan-Bissaka
The biggest debate, however, even if it took place in my own head, centred on which Manchester United player should feature. Harry Maguire and Marcus Rashford were both very strong contenders but as wretched as they have been, both still have the chance to rescue their Old Trafford careers under Erik ten Hag. With his performances through the first half of the season, Wan-Bissaka has written off his own prospects, with neither Ralf Rangnick nor Ten Hag rating the £50million defender. For a winger-turned-defender, it is scary just how bad Wan-Bissaka is going forward. This season, even his defensive frailties have been badly exposed. If there’s a slide tackle to be made, Wan-Bissaka’s your man. For anything else, forget it.

LWB: Nuno Tavares
There’s never a dull moment around Tavares, which isn’t a compliment for a defender. The left-back was bought to provide cover for Kieran Tierney but the contrast between the two is too big for Arsenal to bear. Even peak Adams and Bould would look shaky with Tavares to their left and Cedric on the right.

MF: Saul Niguez
When Chelsea signed Saul last summer on loan in a try-before-you-buy deal, it was widely seen as a huge coup; the Blues beat Manchester United to the midfielder. Almost a season later, Chelsea can hardly wait to pack Saul off back to Atletico Madrid. Thomas Tuchel says he is “very grateful” to the 27-year-old, presumably for picking up the bibs and cones after training, There was a spell around the turn of the year when it seemed Saul might be finding his feet, but he’s played only 45 minutes in the Premier League since March 10 – the second half against Wolves when Chelsea surrendered a two-goal lead.

MF: Andre Gomes
Several Everton players’ names were scribbled down and crossed out during the selection process. But we’ve settled on Gomes since he’s offered… nothing. The Portuguese midfielder is one of the higher earners at Goodison but it’s been money down the drain this season. Gomes has made 12 appearances but has played only 107 minutes for Frank Lampard, who seems reluctant even to name the 29-year-old on the bench. Widely expected to be part of an Everton exodus but the Toffees might struggle to find a buyer.

AMF: Tom Cleverley
The Watford midfielder might feel hard done by with his selection here as the Hornets’ representative since any of their centre-backs or midfielders might have got the nod. But Cleverley has been a regular presence in a sh*t-show of a season. Only four players have made more appearances, yet the former Manchester United man has been utterly anonymous. Of the Watford players to have made more than 10 starts, only William Troost-Ekong has a lower average Whoscored rating – he’s been awful, too.

FWD: Fabio Silva
The teenager deserved patience when he moved to the Premier League in 2020 but for £35million, Wolves would reasonably have expected to Silva to make an impact by now. “It’s obvious that you care about goals as a striker, but there’s more than that,” said the teenager last month. Indeed there is, but the odd one or two might be nice? So far, he’s yet to hit the target in the Premier League this season. Or, indeed, in any competition.

FWD: Ashley Barnes
Like Silva, Barnes is yet to score this campaign, which Sean Dyche recognised as a problem when he signed Wout Weghorst in January. For six months, because of injury and Weghorst’s arrival, Barnes didn’t play more than 15 minutes but Mike Jackson has offered the forward more game time in the last three games. Still, though, no goals or assists.