Home F365 Features Return to sender? One player per club struggling on loan 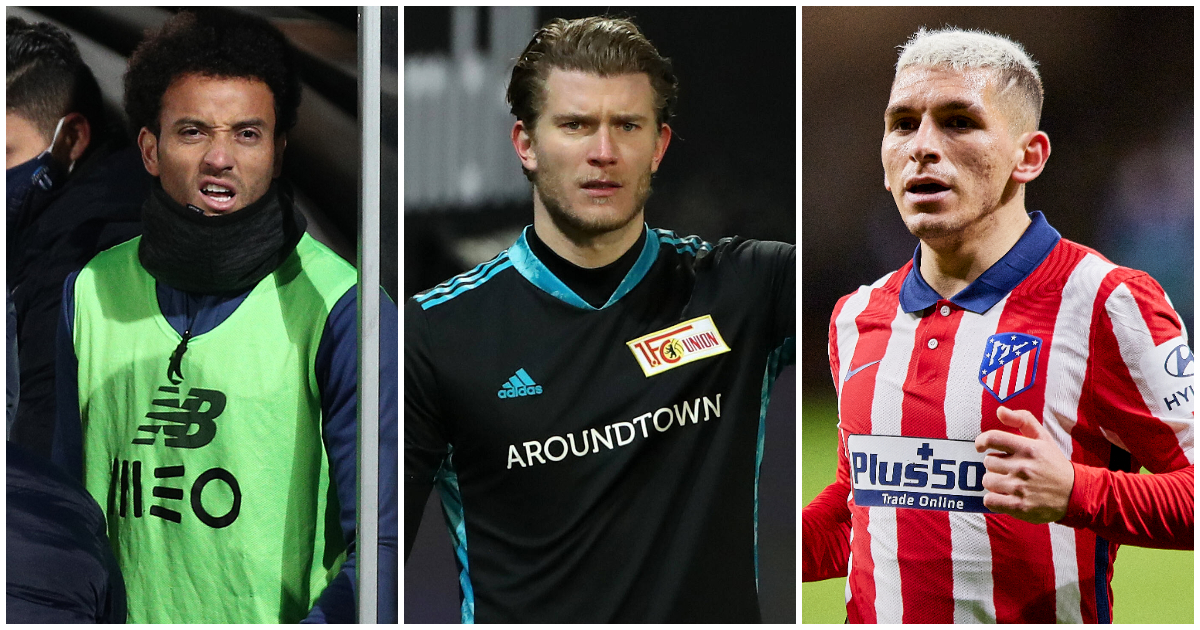 Arsenal – Lucas Torreira
The Uruguay midfielder was expected to play a major role for Atletico this season; that was certainly Arsenal’s hope as they placed Torreira in the Madrid shop window. But the 25-year-old has made all but three of his La Liga appearances this term off the bench, which reportedly led Arsenal to suspect that Atletico were purposefully trying to drive down his value. Which could be good news for Fiorentina if their interest is genuine.

Aston Villa – Mbwana Samatta
Villa lost over 30,ooo Tanzanian likes on Instagram when Samatta was shunted to Fenerbahce on loan but the centre-forward has only scored four goals in 18 games in Turkey. Which is still double his haul for Villa.

Brighton –  Shane Duffy
The Seagulls have kept loans manager David Weir busy, dispatching a dozen players away from the AmEx. The biggest name is Duffy who, in his own words, has had “a bit of a sticky patch” since moving to Celtic. The centre-back, who cost the Hoops £2million just to borrow, has made a series of mistakes while Celtic choke on Rangers’ dust.

Burnley – N/A
The Clarets have a thin squad, and only a couple of players out on loan. But no matter how short Sean Dyche gets, he’d probably rather pick himself than bring Ben Gibson back.

Chelsea – Ruben Loftus-Cheek
The former England midfielder, with 10 senior caps, has started to show glimpses of form in the Fulham midfield, but Loftus-Cheek has looked for the most part low on confidence. Which perhaps isn’t surprising given his injury misfortune. He has managed only one goal so far this term and while Scott Parker hailed his performance against Sheffield United as “exceptional”, Loftus-Cheek really must strive for consistency if he is to catch Thomas Tuchel’s eye.

Crystal Palace – Sam Woods
As one of only two Palace players on loan, the defender has managed only six minutes in Plymouth’s first team, watching the last three games from the bench.

Everton – Nathan Markelo
The 21-year-old left Goodison for a season on loan at FC Twente after first signing a new two-year contract but his spell in Holland has been a huge disappointment. Injury hasn’t helped the Dutch right-back’s cause but when he has been available, Markelo has not managed an Eredivisie start.

Fulham – Steven Sessegnon
Fulham have 10 players out on loan and most seem to be getting the action they anticipated. Antony Knockaert is impressing at Nottingham Forest; Marcus Bettinelli has played every game in Boro’s goal; and Jean Michael Seri is getting minutes at Bordeaux, even if he is yet to taste victory. But it has been a different story for Sessegnon, who was missing between October and last weekend because of a hamstring injury.

Leeds – Eunan O’Kane
Leeds just wanted O’Kane out of their sight when they sent him to Luton on an 18-month loan last January, which takes him to the end of his contract at Elland Road. The Hatters had higher hopes, with Nathan Jones describing O’Kane in pre-season as “a wonderful, wonderful footballer… we have massive, massive hopes for him”. Since then, the midfielder hasn’t managed a minute of competitive action.

Leicester – Filip Benkovic
After being recalled from Cardiff halfway through a season-long arrangement, the centre-back was sent to Leicester’s sister club OH Leuven. Six weeks later, Benkovic is yet to see any game-time.

Liverpool – Loris Karius
The Liverpool keeper has at least seen some action in recent weeks. He made his Bundesliga bow for Union when he came off the bench to replace Andreas Luthe last month, and though he was immediately sat back on the bench for the following game, Karius has played in the last two, keeping clean sheets in both, after Luthe missed out due to a ‘personal matter’.

Manchester City – Aro Muric
The Kosovo keeper hasn’t enjoyed any of the loan spells City have shipped him off for. He lasted four games as Nottingham Forest’s no.1, two at Girona in the first half of this season, and only a couple at Willem II, where he conceded 11 goals in 5-0 and 6-0 defeats.

Manchester United – Joel Pereira
“We have a third goalkeeper that I think will be the best Portuguese goalkeeper of the next generation,” said Jose Mourinho of Pereira in 2017. The 24-year-old has managed only one appearance at Huddersfield this season, in which he conceded four goals against Stoke. He has since struggled to nail down even a place on the Terriers’ bench.

Newcastle – Mo Sangare
Newcastle sent Sangare and Tom Allan to Accrington Stanley for the season. Allan is already back at St James’ Park, while winger 22-year-old midfielder Sangare hasn’t been seen since November due to a hamstring problem.

Sheffield United – Luke Freeman
The 28-year-old’s struggles at Forest are not necessarily his fault. “I had surgery before I joined the club, but it turned out to be the wrong surgery,” Freeman said after he failed to impress in his early appearances, when he was “playing in a lot of pain”. But the one-time Blades’ record signing is working his way back to fitness having played in four of Forest’s last five matches.

Southampton – Jake Hesketh
“Now I need to get more senior appearances under my belt and make a name for myself,” said the 24-year-old after completing a deadline-day loan move to Crawley in October. Hesketh made a solid start before disappearing from view, going 12 matches between starts in November and last weekend.

Tottenham – Troy Parrott
Parrott was recalled from Millwall after an injury-hit half-season at The Den during which he spent half of what playing time he managed on the left wing. He failed to find the net at Millwall and his struggles in front of goal have continued at Ipswich, where he has started four consecutive games. His first senior strike still eludes him.

West Brom – Cedric Kipre
Most of the Baggies loanees are doing well away from The Hawthorns. Charlie Austin and Sam Field have made encouraging starts at QPR; the same goes for midfielder Rekeem Harper at Birmingham. But Cipre is yet to see any action at Charleroi in Belgium.” I believe we’ve signed someone in Cedric who has got the potential to really establish himself as a Premier League defender,” said Luke Dowling when they signed Kipre from Wigan last summer. Not likely unless he starts pulling up trees in Belgium.

West Ham – Felipe Anderson
It was reported last week that the Hammers would be willing to sell Anderson for half the £34million they paid for the Brazilian in 2018, but they will struggle to find any takers if he doesn’t pull his finger out at Porto. The 27-year-old has managed only one start all season and has yet to play any role in a Porto goal.

Wolves – Leonardo Campana
Wolves have dispatched four players to Grasshoppers Zurich and three to Familicao. One of those is Ecuador striker Campana, who has struggled for fitness in Portugal, making only two starts since moving in September.