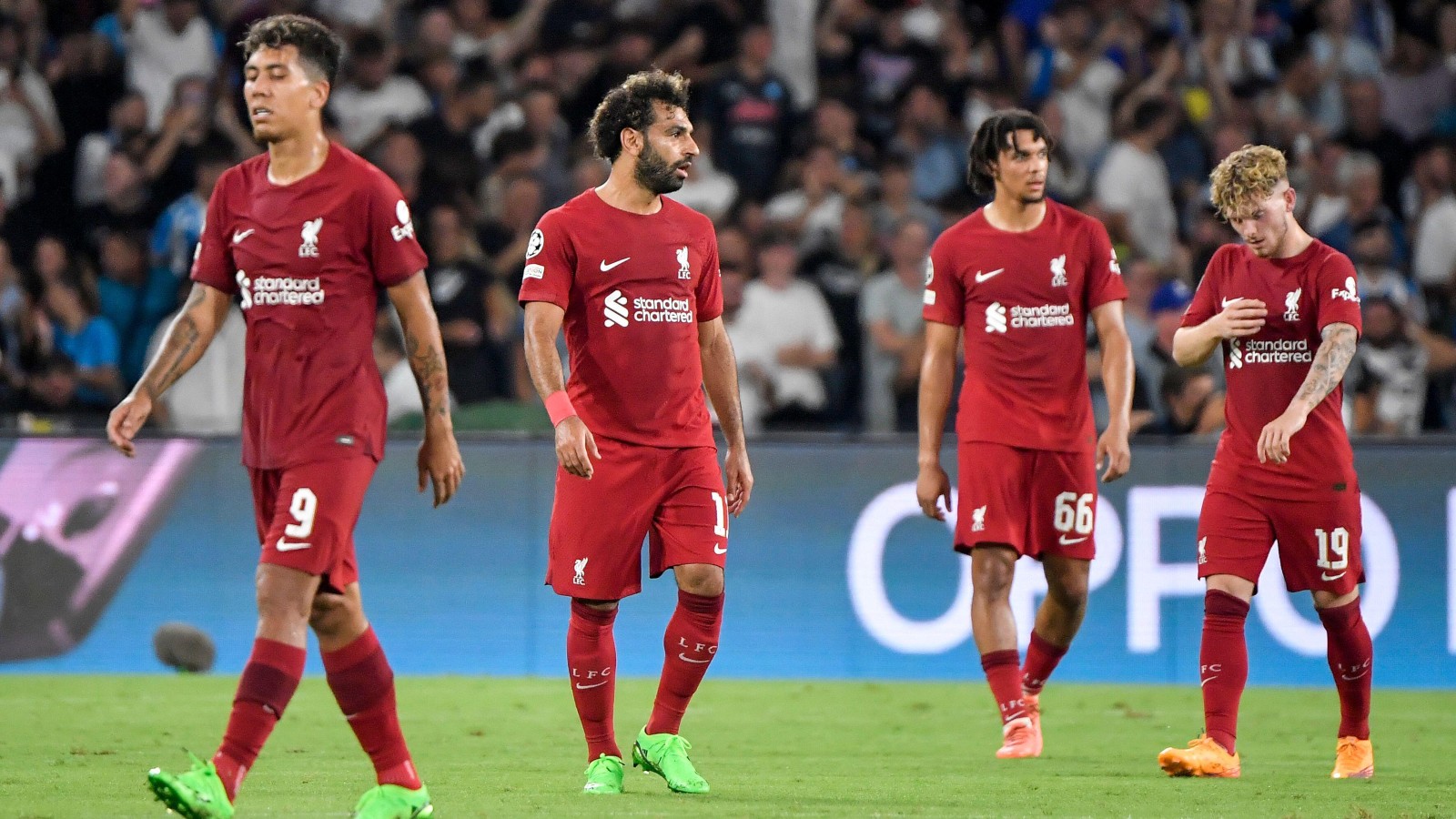 We’re eight (or seven) games in and it’s time for a deep dive into some Premier League stats. These are SHOCKING, or at least hopefully slightly interesting.

We’ve found one per club, except for Aston Villa, our nemesis on this occasion…

Arsenal – greatest average length of goal-kicks (60.6 yards)
It appears part of the Mikel Arteta process is hoofing the ball from goal-kicks. Aaron Ramsdale ‘launches’ 71.4% of them, which is the fourth most in the division, but his average length of 60.6 yards tops the charts.

Bournemouth – unbeaten under Gary O’Neil
Arguably the most SHOCKING of all. Bournemouth spent just £24m in the summer and their squad value is the lowest by quite some distance. The four-game unbeaten run hasn’t featured the toughest of opposition in Brentford, Newcastle, Nottingham Forest and Wolves, but still, it’s Bournemouth.

Brentford – top of last 15 mins table
Five goals scored and three conceded in the last 15 minutes of games for Thomas Frank’s side, who would be a point clear of Liverpool at the Premier League summit after four wins and three draws.

Chelsea – 17th in foreigners’ goals only table
Six of Chelsea’s ten goals have been scored by Englishmen this season and they would have won just once without them.

Crystal Palace – highest shots on target percentage (41.9%)
Their strikers have been so-so for a while now but Odsonne Edouard, for example, has got five of his eight shots on target this season. He’s only got one goal so probably shouldn’t be aiming at the goalkeeper.

Everton – fewest goals conceded (7)
Turns out Frank Lampard can put the entire blame for Chelsea’s appalling defence in his time at Stamford Bridge on the slight shoulders of Kepa Arrizabalaga. An expected goals against score of 13.8 suggests Lamps has a good goalkeeper to thank for Everton’s defensive record, and Jordan Pickford has indeed made more saves per 90 than any goalkeeper this season (4.29).

Fulham – ten of 13 goals scored in second half
Marco Silva’s side wake up after half-time.

Leeds – most pressures and pressure successes per 90 (149.0; 49.7)
Not really a surprise given they have topped these two metrics in each of the previous two seasons, but then some were concerned Jesse Marsch would not be able to match the intensity under Marcelo Bielsa. But then they hired him because they thought he could.

Leicester – highest opposition goals minus expected goals (9)
This essentially means Leicester should have conceded 12 goals not 21, suggesting strikers strap their shooting boots on against the Foxes. And that Danny Ward is not a Premier League goalkeeper.

Liverpool – bottom of first-half Premier League table
Jurgen Klopp’s side would have just four points if the referees’ whistle for half-time in fact signalled the end of the game. Nottingham Forest would be sixth.

Manchester City – most pressures per 90 attacking third (38.5)
Given opposition teams have the ball for just 31.3% of the game it’s surprising there are enough opportunities to press so frequently. They also have comfortably the lowest number of pressures in total per 90 (97.0).

Manchester United – fewest crosses per 90 (7.71)
Perhaps due to not playing with a proper No.9, their stunted full-backs, or both, but it’s clear Erik ten Hag doesn’t value getting the ball in the mixer. Last season they made 11.2 crosses per 90.

Newcastle – more completed passes per 90 into box than Manchester City (13.5)
Liverpool lead the way on 16.6 per 90, Man City are third on 13.4, and there in between them are Newacastle.

Nottingham Forest – more international players than Liverpool (17)
Liverpool have 16 internationals to Forest’s 17. Perhaps we shouldn’t be counting Jesse Lingard among them as he probably has little chance of another cap. But then maybe we should also discount Trent Alexander-Arnold?

Southampton – fewest times caught offside (3)
Newcastle lead the way with 23 and the Premier League average is just under 13.

Tottenham – lowest pressure success percentage (25.2%)
Sure, we know Antonio Conte’s teams don’t do a whole lot of pressing, which is perhaps fortunate for the Spurs players, who are sh*t at it anyway.

West Ham – highest opposition short pass completion percentage (91.7%)
A ‘short pass’ is one between five and 15 yards and the big lads at the London Stadium can’t deal with them apparently.

Wolves – most completed passes under pressure per 90 (71.8%)
Wolves score highly in a lot of the pretty stuff as they’ve got lots of pretty players, none of whom can shoot, obviously.