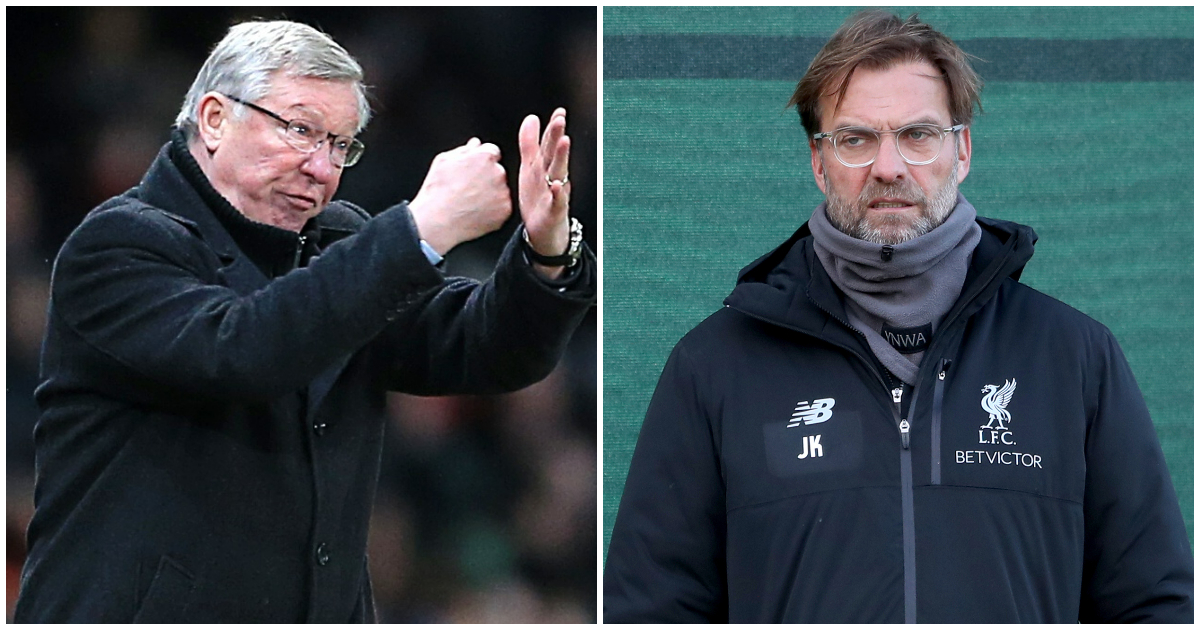 Manchester City might be eight points clear but such gaps have been overcome before. Manchester United once gave up a dozen points to Arsenal.

With Manchester City currently eight points clear at the top of the Premier League table, many have declared the title race to be run already. Thomas Tuchel certainly wants you to think so.

But an eight-point lead hasn’t always been unassailable. Liverpool are nine points back but that would be cut to six if they beat Leeds in their game in hand. And Liverpool know from painful experience that a six-point gap can be closed.

2018-19 – Liverpool edged out from seven points clear
Liverpool have experience of being in this kind of race before. The wrong, harrowing kind of experience…

Three years ago, the Reds sat at the summit with 20 games played at the turn of the year. Jurgen Klopp’s men were seven points clear and had the opportunity to extend that lead to 10 points if they could beat Manchester City on January 3.

Unfortunately for Liverpool, it was at the Etihad they suffered their first and only defeat of the season. Leroy Sane’s winner cut the gap to four points, which Manchester City ate into by winning 16 of their remaining 17 matches. Klopp’s side drew with Leicester, West Ham, Manchester United and Everton.

Liverpool missed out on their first league title in almost 30 years by a single point.

2020-21 – Liverpool implode from being seven points ahead of the winners
Liverpool, this time as champions, f**ked it again last year, though their lead in January 2021 stood at three points. And that was only because they had played a game more than second-placed Manchester United.

But it was Manchester City, and their own capacity for catastrophe, that they should have been wary of. Pep Guardiola’s side were sat back in eighth place. They had two games in hand, but having failed to win seven of their 13 matches up to the middle of December, few were banking on City exploding out of the pack.

They did that with 15 consecutive wins, all while Liverpool imploded. The Reds dropped 12 points from 15 immediately after Christmas before crumbling to six Premier League defeats in February and March.

Liverpool at least got some of their sh*t together to retain a place in the top four, but they finished 17 points off City, who secured a third title in four years by a dozen points from United.

2002-03 – Arsenal let slip five-point lead
Champions Arsenal looked good to retain their title while they held a five-point lead over both Chelsea and Manchester United going into 2003. That was despite losing four and drawing four of their 21 games before the New Year.

Their form hardly plummeted. Arsenal lost only twice in their remaining 17 matches, but five draws – three in four matches in April – allowed Manchester United to surge for the line after Sir Alex Ferguson’s men got their acts together, as they tended to do after Christmas.

Indeed, Manchester United didn’t lose again after a defeat at Middlesbrough on Boxing Day. From that point, the Red Devils took 45 points from 54 available before regaining the title with a game to spare, five points clear of the Gunners.

1997-98 – Manchester United five clear but 12 ahead of Arsenal
Manchester United really f**ked it during Arsene Wenger’s first full season in charge of Arsenal. The Red Devils were five points clear going into January, but Blackburn were their closest challengers. Indeed, Chelsea, Liverpool and Leeds also sat in the 12-point void between Manchester United and the Gunners, who had won only nine of their first 20 matches.

Manchester United still held a dozen-point advantage by February but Arsenal had begun to motor. They didn’t lose between December 13 and May 6, by which time they had overhauled United to secure the title with a couple of games to spare.

1996-97 – Liverpool give up a five-point lead
A year earlier, it was Manchester United who overturned a five-point deficit, with Liverpool unseated as leaders come the turn of the year.

It was the first time Liverpool had topped the Premier League table at Christmas – not that their form was all that special. Roy Evans’ Spice Boys lost three and drew six of their 21 games before January, then lost again to Chelsea on New Year’s Day.

Four further defeats and five draws in the remaining 19 games allowed Manchester United to ease to another title triumph despite amassing only 75 points, which remains the lowest title-winning tally in Premier League history.

For Liverpool’s part, they were one of three teams to finish on 68 points but Newcastle and Arsenal both had superior goal difference, leaving the Reds in fourth place and the UEFA Cup.