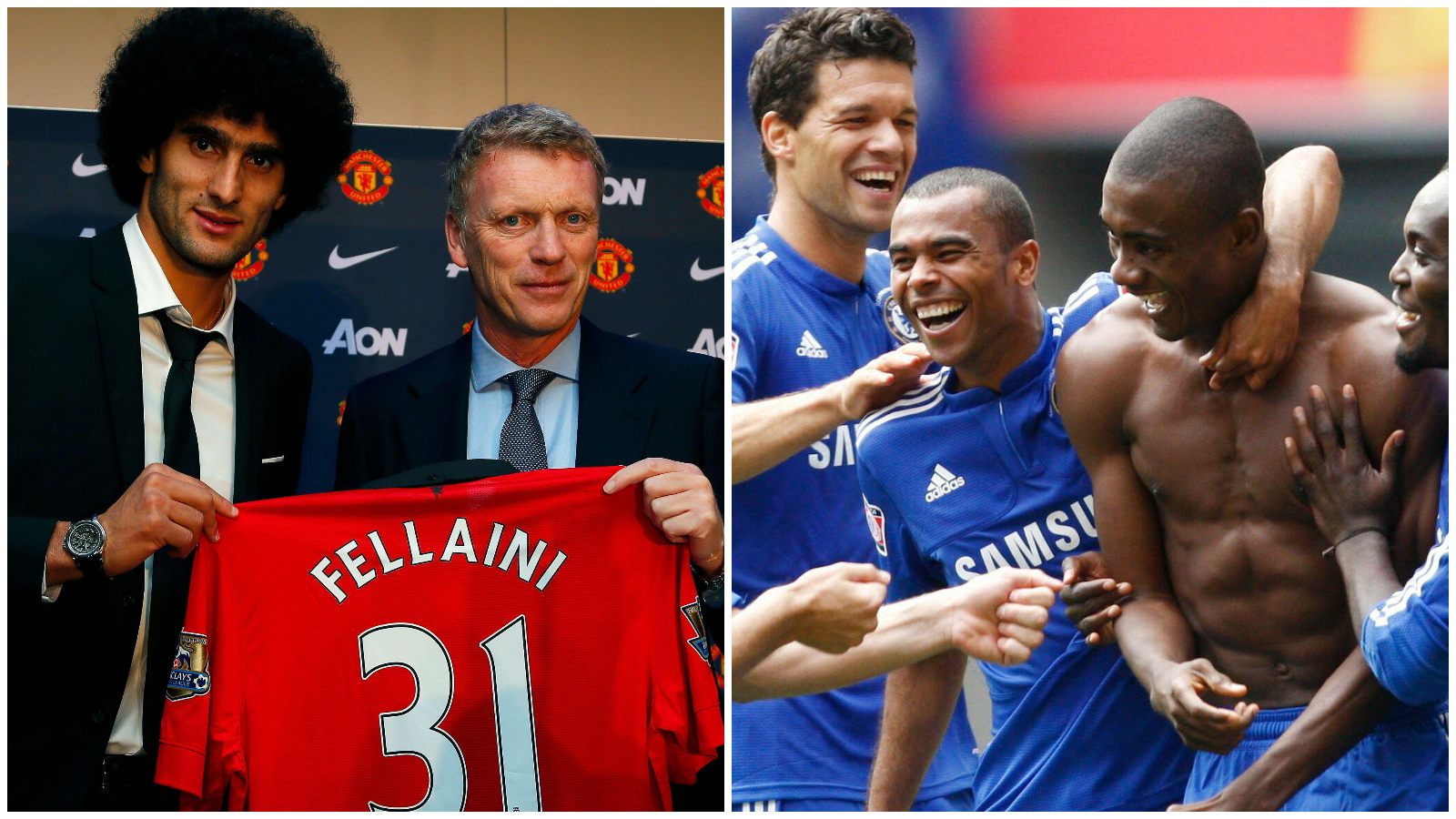 Manchester City could surge to the top of this list at the rate they’re going this summer. Not many title winners have got it right in the following window.

Here are all the Premier League champions since 2000, ranked on how successful their transfer business the following summer turned out…

The summer Fergie and David Gill left, to be replaced by David Moyes and Ed Woodward, who told everyone he was jet-setting on ‘urgent transfer business’ before overpaying on deadline day for Fellaini. A shambles all round.

No wonder Jose began to unravel. Fourteen million quid for Baba Rahman. So much mediocrity.

This was the summer Fergie sold Cristiano Ronaldo and signed Owen from a brochure. Good times.

You can’t blame Leicester for spending the summer of 2016 off their t*ts, which is certainly apparent in their recruitment.

Antonio Conte spent £185million, wasting all of it aside from the Rudiger fee. They still can’t get shot of Bakayoko, but at least they finally stop paying Danny Drinkwater’s salary next week.

Tells you everything when, arguably, the most useful signing was a third-choice keeper.

Cygan was signed to replace the retiring Tony Adams. A tough gig, and it showed. Gilberto was an inspired signing. Shaaban was not.

The France keeper was great for United – until he wasn’t. Then he was very bad. But his first season went swimmingly and it appeared United had found their replacement for Peter Schmeichel at the second attempt.

The signing of Essien ahead of Man Utd rescues an otherwise pretty shonky summer. Still, they won the title again.

Four out of five were never good enough to play for United. Fortunately, the fifth turned out to be one of the greatest of all time.

Rafael should have been United’s right-back for years but Louis van Gaal didn’t fancy him. Berbatov was a majestic player at times, United playing with him, Ronaldo, Carlos Tevez and Wayne Rooney in the front four. F*** me.

City also signed a lot of talent for their academy this summer, who’ll never get near the first team but they’ll still be sold on for a profit.

Jones started well and progressively got worse. Young and De Gea had torrid starts before both established themselves as key players.

Van Nistelrooy was absolutely brilliant, Veron should have been brilliant too. Alas, he was not.

Hargreaves might have replaced Roy Keane were he not made of balsawood. Nani was a good buy. Anderson was, well, Anderson.

Their recruitment certainly wasn’t the reason for a pretty woeful title defence.

Like many of Pep’s recruits, Rodri and Cancelo didn’t shine immediately but then became indispensable.

Two brilliant signings, one useful one and another who told the queen he wanted to quit football and look after her corgis.

The biggest signing was the biggest flop, but Ballack, Cole, Mikel and Kalou were inspired pieces of business. Boulahrouz, anyone?