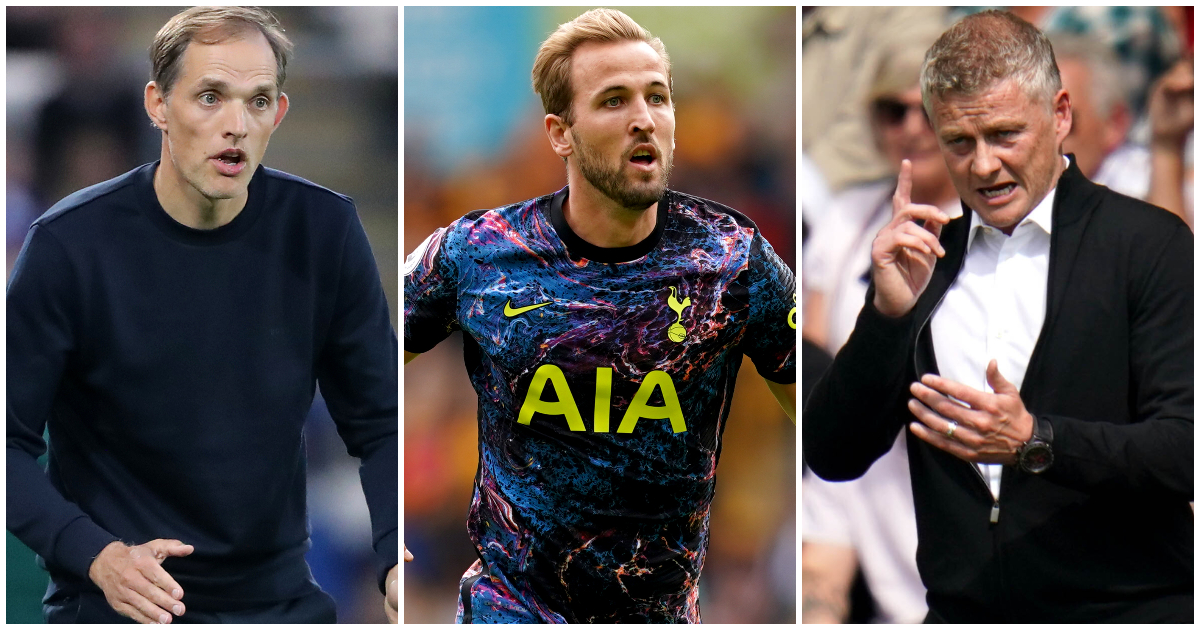 We have entered the final week of the transfer window, with the deadline striking at 11pm next Tuesday. Some clubs already appear well set for the season ahead, while others have obvious flaws that require urgent attention. Tick tock…

Arsenal
Mikel Arteta has addressed some of Arsenal’s many weaknesses, with a new goalkeeper, a centre-back and a creative midfielder already recruited. Much will now depend on who the Gunners can shift out of the door. With Hector Bellerin keen to leave, a right-back could be essential before next Tuesday, while a centre-forward would become a priority if Arsenal can find a patsy to take Pierre-Emerick Aubameyang’s salary off their books.

Aston Villa
Dean Smith has already strengthened his attack and defence, but there remains room for improvement in Villa’s engine room. The pursuit of James Ward-Prowse highlights that Smith recognises that weakness and a lynchpin midfielder would go a long way to improving Villa’s European prospects.

Brighton
The Seagulls couldn’t finish their dinner last season and still they haven’t signed a striker to add some firepower. They remain interested in Darwin Nunez and more clarity over the Benfica’s star’s future will come after their Champions League play-off against PSV. Brighton have, though, retained their top players aside from Ben White, having got top dollar from Arsenal for the centre-back. They may have to fend off late interest in Yves Bissouma, but they appear well placed to sell if any offer tickles their fancy, with a replacement already on the books in Moises Caicedo.

Brentford
It is difficult to pick too many holes in Thomas Frank’s side given their start to Premier League life but there certainly appears to be one on their right flank. Sergi Canos has started the season in a wing-back role but despite having kept two clean sheets, it has been obvious that the Spaniard is not suited to the position. The recruitment of a specialist right wing-back would secure their flank and allow Canos to focus on going forward.

Burnley
Wingers. Sean Dyche is desperately short on the flanks, with a huge portion of the creative burden being carried by Dwight McNeil. Burnley are said to be keen on Lyon left-sider Maxwel Cornet, with a joint-record bid having been submitted. The Ligue Un side’s recruitment of Xherdan Shaqiri could help grease the wheels of that particular deal.

Chelsea
Like many of the big clubs, it seems Chelsea are dependent on exits to free space for any potential new arrivals. Thomas Tuchel’s wish would be for a centre-back, probably Sevilla’s Jules Kounde, and another first XI quality midfielder to create competition for places in his engine room and strength in depth should it transpire that N’Golo Kante is human after all. But the Blues need to sell first; Kurt Zouma is being lined up for a move to West Ham and offers are invited for their midfield drifters.

Crystal Palace
Patrick Vieira has dragged down the average age of his squad but still he is lacking firepower and players to provide the bullets. Palace look especially short on the right flank, a void Vieira could fill by making a move for Manchester United winger Amad Diallo. A goalscorer would be nice, too. A compromise with Arsenal over Eddie Nketiah should not be hard to reach.

Everton
Rafa Benitez is short on cover, especially at right-back and in attack. Seamus Coleman can’t go on forever and the Toffees’ failed pursuit of Denzel Dumfries suggests they acknowledge another full-back is required. One who can deliver crosses for Dominic Calvert-Lewin or the England striker’s stand-in: Salomon Rondon?

Leeds
Marcelo Bielsa likes a small squad – but not this small. The obvious area for improvement is in midfield, which Manchester United ruthlessly highlighted in the absence of Kalvin Phillips. After Conor Gallagher custard-pied Leeds, the Whites appear to be zeroing in on Lewis O’Brien, but an agreement with Huddersfield remains elusive.

Leicester
Brendan Rodgers has filled most of the holes in his squad, with a centre-back, midfielder and striker among his recruits so far. But a winger to play off the right flank remains a priority before the deadline. Rodgers’ preference for a left-footer appears to rule out Jesse Lingard and you wouldn’t bet against the Foxes unearthing a gem somewhere in Europe before next Tuesday night.

Liverpool
Despite all the talk of replacing Gini Wijnaldum, Jurgen Klopp appears well set in midfield with the integration of Harvey Elliott into the first-team squad. So Klopp may focus on his forward line in the final week, with Shaqiri gone and Divock Origi set to follow, which would leave Diogo Jota as the only top-class alternative for Liverpool’s established front three, a couple of whom will disappear on ANC duty early in the new year.

Manchester City
Harry Kane. They may well win the title without signing a new centre-forward, and not paying £160million is arguably the right call, but having spent most of the summer salivating at the prospect of Kane getting on the end of the service provided by Jack Grealish, Kevin De Bruyne and co, the reality would be a cheat code in the title race.

Manchester United
A midfielder. It’s so glaringly obvious, surely Ole Gunnar Solskjaer and the brains trust at Old Trafford can see it. Anyone with eyes could see it at Southampton, when United played exactly the type of game they’ve played dozens of times in recent seasons. Raphael Varane and Jadon Sancho will be very good signings but if United fail to strengthen their midfield, it will still go down as a job-half-done window.

Newcastle United
Steve Bruce was given Joe Willock, so the expectation presumably now is that he muddles on through with what he has got. But the beleaguered manager could certainly use another quality centre-back, as evidenced by the fact Newcastle have conceded six goals in their opening two matches. This sounds like a job for Philip Anthony Jones.

Norwich City
Daniel Farke addressed a major weakness at full-back with the signing of Brandon Williams from Manchester United. Another centre-back would be ideal but a midfielder is an absolute priority. Norwich’s defence has already taken plenty of stick – most of it deserved – but they would certainly benefit from the recruitment of a fit-for-purpose screener.

Southampton
Jannik Vestergaard’s departure to Leicester has left a hole at centre-back that Ralph Hasenhuttl wants to fill before the deadline. But finding one to fit the profile Saints search for – young, hungry, with potential to develop and sell on – could be tough with a week to go. Liverpool’s Nat Phillips has been linked.

Tottenham
For Manchester City not to cave in to Daniel Levy over Harry Kane. Even if the striker stays beyond next Tuesday, Nuno also needs another forward to serve as a back-up. Or at least a winger to add creativity. But selling Kane at this point and replacing him before the deadline would be far more awkward for Spurs than keeping the centre-forward against his wishes.

Watford
The Hornets’ midfield looked extremely lightweight at Brighton on Saturday and with Will Hughes potentially heading for the exit, quality reinforcements are required in the middle for Xisco Munoz. Some creativity from wide, too, with Ismaila Sarr carrying that burden alone.

West Ham
The Hammers are top of the league, what more could David Moyes possibly wish for? OK, Lingard would be the icing on the claret and blue cake but a central defender is arguably more of a priority, with a deal for Zouma seemingly creeping towards the finish line. West Ham have never not needed a centre-forward but Michail Antonio’s form is currently covering for that lack of depth.

Wolves
Wolves are a worry. They have needed a centre-back all summer. So far, nothing, with little indication that the club view it as the priority they should. They also need a midfielder but they may have a job on to keep one of the best they currently have, with a number of the big boys looking in Ruben Neves’ direction.