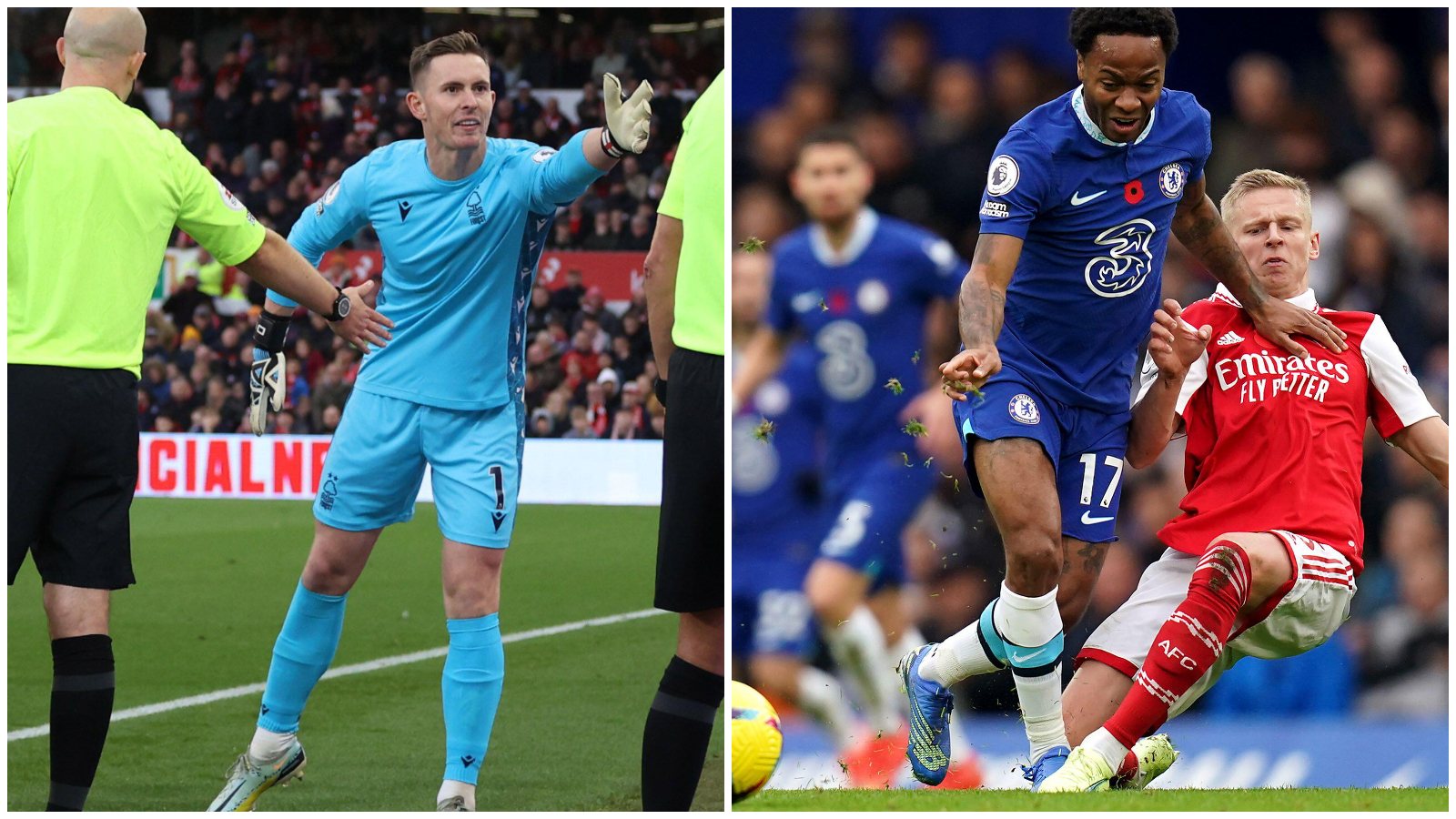 Dean Henderson and Jarrod Bowen needed to impress this weekend – they did not. Raheem Sterling’s England place is probably secure, which is fortunate…

Here’s the worst XI from the weekend’s Premier League action, according to WhoScored ratings…

GK: Dean Henderson: 4.82
Not a great weekend for Prem keepers, with David De Gea, Mark Travers and Gavin Bazunu all receiving sub-six scores while conceding 11 goals between them. Henderson, though, couldn’t manage even a five out of 10 in Forest’s draw with Brentford. The on-loan Man Utd keeper felt aggrieved – seemingly his permanent state of being – by the award of a penalty against him though he was lucky that his protests didn’t prompt a second yellow card. Sent the wrong way from the spot by Bryan Mbeumo before being lobbed in the second half by Yoane Wissa.

LB: Joao Cancelo: 5.01
It was a poor weekend for full-backs too, with three on each flank failing to hit six. Cancelo was the worst of the left-backs after he was sent off in the first half against Fulham, for whom Antonee Robinson (5.40) also struggled. On Sunday, Luke Shaw rated 5.89 despite his half-volley that deflected off Jacob Ramsey that gave United some all-too-brief hope at Villa.

RB: Nelson Semedo: 5.01
It was a similar story for Semedo, who was dismissed for DOGSO in first-half added time with Wolves level at 2-2 with Brighton. Just prior to that, he was beaten at the far post by Kaoru Mitoma for the Seagulls’ leveller. Elsewhere, Thilo Kehrer (5.50) struggled against Palace, while Ryan Fredericks scored 5.87 for Bournemouth at Leeds.

CB: Chris Mepham: 5.84
Mepham rated slightly lower than Fredericks in Bournemouth’s latest collapse, but the Wales defender also picked up a booking that rules him out of the last weekend of Premier League action before the World Cup, so it wasn’t all bad.

CB: Victor Lindelof: 5.80
The Swede was selected ahead of Harry Maguire to cover for Raphael Varane but Lindelof was bullied by Ollie Watkins all afternoon at Villa Park. Watkins took him for a walk to open the gap for Leon Bailey to score the opener, while Lindelof backed off the Villa striker all the way into his own box for the third.

CM: Marc Roca: 5.86
Leeds were 3-1 down when Roca was hooked on 53 minutes. The Whites looked a different side in his absence with his replacement, Sam Greenwood, scoring a fine goal to get them back into the game against Bournemouth. Roca has shown glimpses of quality but his inconsistency leaves him in danger of being benched at Spurs next week.

CM: Josh Dasilva: 6.00
In the absence of any other sub-six midfielders, Da Silva gets the nod after losing five of his six duels in the Brentford engine room at Forest. Christian Eriksen was close with a 6.05 for Manchester United at Villa.

LW: Raheem Sterling: 5.95
There’s shoe-horning aplenty in attack just so we can squeeze in three underperforming right-wingers this weekend. Sterling was one of them after another anonymous performance for Chelsea against Arsenal in which he won only three of 13 duels and succeeded with just one of six attempted dribbles. Sterling is fortunate there isn’t more scrutiny over his England place.

RW: Jarrod Bowen: 5.91
Bowen would love the security Sterling enjoys over his spot in the Three Lions squad. The West Ham winger has struggled all season to match the levels last term that saw him achieve his call-ups but, ahead of Gareth Southgate naming his party for the World Cup, Bowen was poor again against Palace, succeeding with none of his three dribbles, winning only one of his seven duels and finding a team-mate with just one of six attempted crosses.

CF: Pierre-Emerick Aubameyang: 5.90
All eyes were on Aubameyang against his former club, but Arsenal pocketed the Chelsea striker with ease. In 64 minutes, Auba managed just eight touches, of which two were clearances and twice he lost possession. Booked in the first half before being hooked after Arsenal scored their winner.

CF: Theo Walcott: 5.67
Walcott played through the middle with Che Adams for just over an hour of Southampton’s defeat to Newcastle which proved to be the end for Ralph Hasenhuttl at St Mary’s. In that time he managed just 14 touches with which he gave Newcastle ball seven times. No shots, crosses, key passes or duels won.