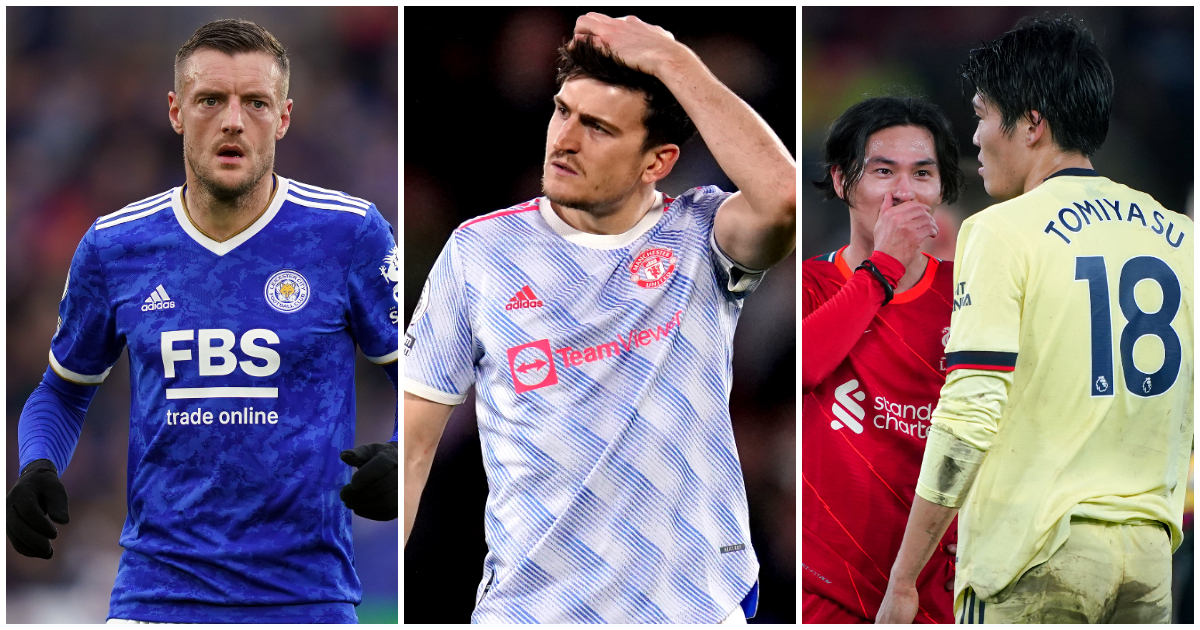 If you came expecting to see Man Utd from one to 11, you’re in for a shock. Of course Harry Maguire is in, but so are four Gunners…

GK: Karl Darlow – 4.93
The Newcastle keeper chose a really bad time, with a new manager watching and Martin Dubravka waiting in the wings, to have a stinker against Brentford. Darlow was culpable for Ivan Toney’s leveller, failing to get fully into line with a low drive that rasped through his fingers. “He had a really poor game,” said Alan Shearer, which will surely cost the 31-year-old his place.

RB: Takehiro Tomiyasu – 5.47
The Arsenal right-back was the only member of Mikel Arteta’s back four not to make a single tackle at Anfield and, let’s face it, it’s not like he won’t have had the opportunity with Liverpool’s forwards flying at the Gunners’ rearguard. Tomiyasu also lost possession 16 times in his toughest game yet for Arsenal.

LB: Nuno Tavares – 5.65
Unlike Tomiyasu, Tavares at least made a few tackles – four in total – but in possession he was even less comfortable, giving it away 18 times, one of which was a costly error which led to Liverpool’s crucial second goal after half-time.

CB: Harry Maguire – 5.25
Captain Marvel was sent off for two bookings, the second of which has to be seen to be believed. Gary Neville reckons Maguire is ‘f***ed’, which is putting it mildly on this evidence.

CB: Jonny Evans – 5.62
The former Man Utd centre-back joins a current one in the heart of defence, edging out Harry Chuckle’s partner Victor Lindelof (5.95) and his Foxes’ team-mate Daniel Amartey (5.84) with a woeful showing against Chelsea. Evans backed off N’Golo Kante to allow the Chelsea midfielder to score their second while he switched off completely when Christian Pulisic strolled into the box to net the Blues’ third.

CM: Nemanja Matic – 5.80
Man Utd supporters hoped to see Donny van de Beek next to Scott McTominay but Ole Gunnar Solskjaer instead opted for Matic as a starter before steadfastly refusing to sub the Serbian despite watching him lose possession 19 times to Watford. Watford, FFS.

CM: Allan – 5.04
The midfielder was hardly the only Everton player to be given a chasing by Manchester City, but he compounded a poor display by giving the ball straight to Rodri, who tw*tted it straight back past Jordan Pickford. Allan also lost a tackle which led to Raheem Sterling’s overturned penalty award. A bad day at the office, but he was in good company.

RM: Bukayo Saka – 5.79
Despite the absence of Liverpool’s first-choice left-back Andy Robertson, Saka was anonymous at Anfield. Managed two shots, both-off target, and that was basically it. A lack of decent service hardly helped, mind.

LM: Emile Smith Rowe – 5.75
The Arsenal attacker was presumably full of confidence after an international break that saw him earn his first call-up, his first cap and score his first England goal. But it turns out Liverpool’s defence is a bit better than San Marino’s. Despite Trent Alexander-Arnold flying forward at will, Smith Rowe rarely had the opportunity to capitalise on the space he left behind, with Arsenal struggling to find their No.10.

FWD: Richarlison – 5.66
No shots, no dribbles, no key passes, but nothing that might pass for service either for the Everton forward. Richarlison was allowed only 25 touches by John Stones and Aymeric Laporte but he still managed to give it away nine times. And that is still double the number of touches of his strike partner.

FWD: Jamie Vardy – 5.58
We know Vardy doesn’t get involved in Leicester’s build-up much these days but 12 touches in 90 minutes is still worryingly poor from Brendan Rodgers’ perspective. The assumption was that Vardy’s pace would trouble Thiago Silva, what with the centre-back being 68 years old. But the Brazilian popped Vardy into the back pocket of his pyjamas and strolled around the King Power with pipe, in slippers.