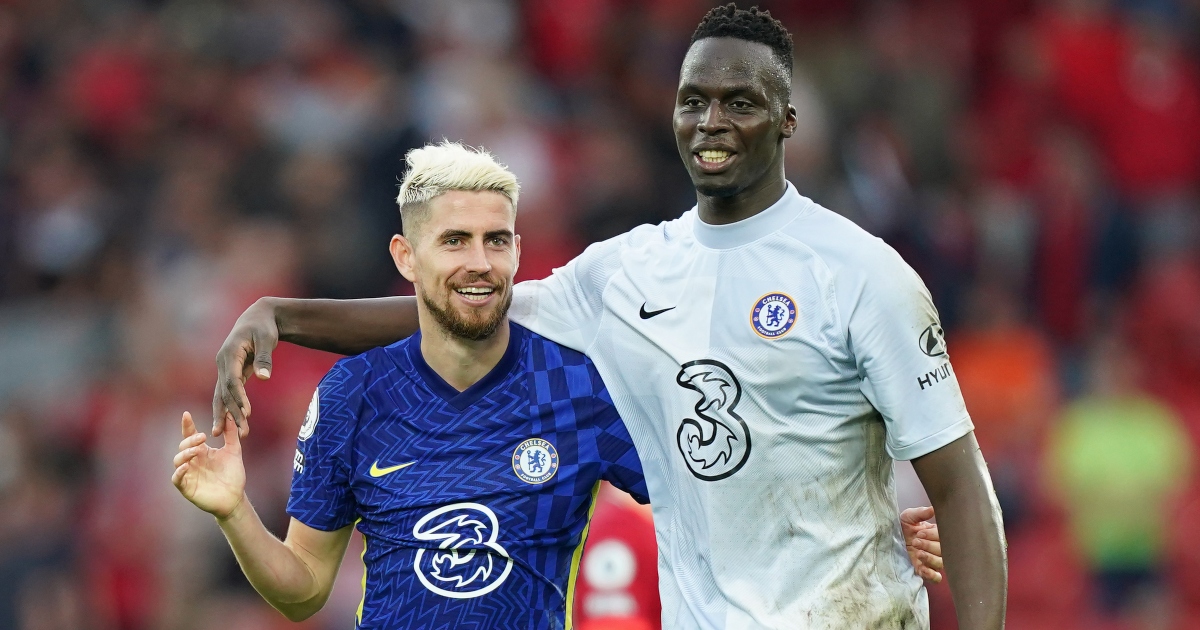 Chelsea pair Eduoard Mendy and Jorginho started the week in the Ballon d’Or reckoning. They ended it by having shockers at West Ham…

GK: Edouard Mendy (Chelsea) – 4.74
It was a bad weekend for some of the Premier League’s most trusted keepers. Illan Meslier and Nick Pope both rated under 6 but Mendy couldn’t manage even a 5. The Chelsea keeper conceded a penalty and allowed Arthur Masuaku’s cross to drift inside his near post. “Edou is dealing with a rough period,” admitted Thomas Tuchel. “I don’t know why exactly but he seems to have lost a bit of confidence.”

LB: Danny Rose (Watford) – 5.47
Rose once said he ‘cannot wait to retire’ and the Watford left-back looked like he had given up when Bernardo Silva and Raheem Sterling teamed up to bully him down Man City’s right at Vicarage Road. In possession, Rose managed 17 touches in 71 minutes, with five of his 12 passes finding a City shirt.

CB: William Troost-Ekong (Watford) – 5.99
Consecutive appearances in the worst XI for the Watford centre-back, who didn’t drop a b*llock like he did at Leicester but still spent the evening being given the run-around by City. Troost-Ekong won none of his three aerial duels and only a third of his nine duels overall.

CB: Andrew Omabamidele (Norwich) – 5.79
The Republic of Ireland defender was given his first taste of action under Dean Smith as the Canaries switched to three at the back but it didn’t work as Norwich slipped back to the foot of the table. Smith has spoken previously about his preference for the experience of Grant Hanley and Ben Gibson, so 19-year-old Omabamidele could find himself back on the bench for the visit of Manchester United next week.

Premier League winners and losers is led by… Fred!

RB: Timothy Castagne (Leicester) – 6.27
Normally, scoring a six should be enough to make anyone immune from selection for the worst XI. But standards must have been high this weekend, since Castagne’s performance for Leicester at Villa was rated as the worst of the Premier League’s right-backs. Most of the Foxes’ attacking joy was found down their left, with Castagne and Ademola Lookman apparently unfamiliar with one another. Speaking of whom…

RM: Ademola Lookman (Leicester) – 6.00
Again, Lookman is a victim of some of the higher scores around this weekend. But the right winger was largely a passenger before being hooked by Brendan Rodgers to get Jamie Vardy on for the last 25 minutes.

CM: Jorginho (Chelsea) – 6.16
The Chelsea star finished third in the Ballon d’Or voting last week, but like Mendy who was runner-up as the continent’s best keeper, Jorginho was brought back to earth with a bump by West Ham at the London Stadium. The Italy midfielder stitched up his stopper with a short backpass that saw Jarrod Bowen win a penalty, barely a week after a trampoline touch gifted Manchester United their opener at Stamford Bridge.

LM: Billy Gilmour (Norwich) – 5.79
This year’s Norwich loanee was outshone by last season’s, with Oliver Skipp winning the midfield battle, despite Norwich having superior possession. Gilmour had his pants pulled down by Lucas Moura before failing to recover his ground in time to stop the Brazilian scoring a stunning opener.

RF: Adam Idah (Norwich) – 5.74
Dean Smith gave the Republic of Ireland international his first start of the season at Spurs and his rustiness was evident. “He did well, got caught offside a couple of times, probably running a bit too early,” said Smith. “He hasn’t had a lot of game time.” Which is fair enough, but Norwich haven’t the time to bed anyone in amid a relegation scrap.

CF: Raul Jimenez (Wolves) – 5.75
The Wolves striker must have expected to be feeding on scraps against Liverpool and he chased gamely. But Jimenez lost possession 17 times against Liverpool while failing to muster a shot on goal. Booked late on.

LF: Matej Vydra (Burnley) – 5.74
We tend to ignore substitutes but Vydra had an hour at St James’ Park after replacing Maxwell Cornet. In that time he recorded a 100 per cent pass completion – but he managed only four passes and nine touches. Vydra was 0.04 worse than Chelsea’s half-time replacement Romelu Lukaku at West Ham.