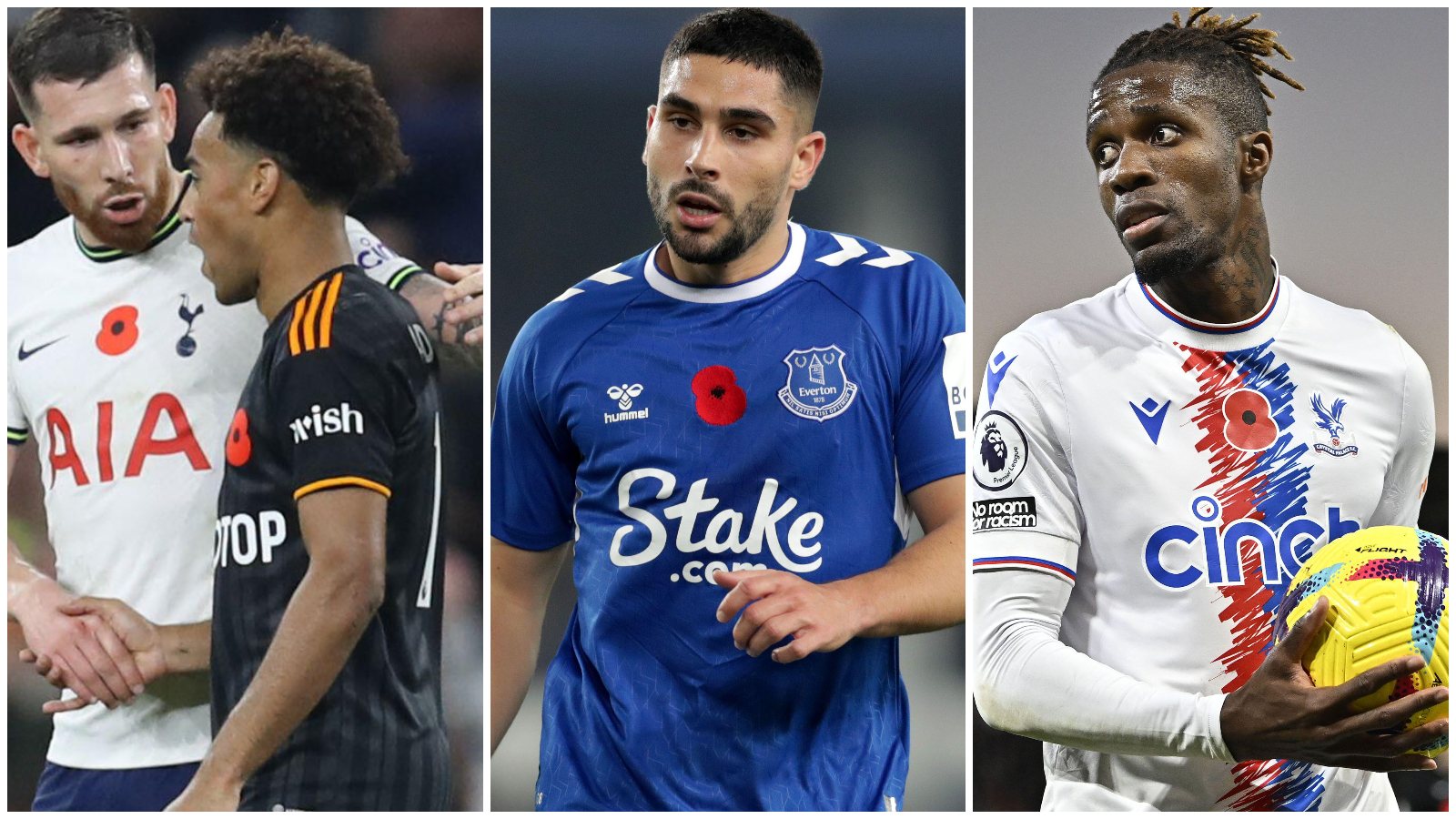 It definitely feels like there ought to be more Everton representation, with Brighton putting forward most players for the weekend’s worst XI…

It’s a back three for this miserable lot, picked in accordance with Whoscored ratings…

GK: Robert Sanchez – 5.64
The Brighton stopper tends to find himself in or around this XI more often than not because of inactivity. He wasn’t directly responsible for either of Villa’s goals on Sunday. He got a hand to Danny Ings’ penalty but it was not a save Sanchez would be expected to make. The ball trickled inside his near post for Villa’s winner, but that was a consequence of a deflection on Ings’ close-range effort. Other sub-six stoppers this weekend: Jordan Pickford (5.84) at Bournemouth and Jose Sa (5.87) against Arsenal.

CB: Lewis Dunk – 5.62
You could argue Dunk was more culpable in Brighton’s downfall. The centre-back lunged in on John McGinn to give Villa their penalty – the third he has conceded in the last four Premier League games – before he was sent to the shops in the build-up to Ings’ winner.

CB: Duje Caleta-Car – 5.54
Not the best time or place for the Southampton centre-back to turn in a poor performance. With new Saints boss Nathan Jones watching on, the one-time Liverpool target showed why Croatia have omitted him from their World Cup squad with a ropey hour at Anfield. He was booked inside five minutes for a foul that led to Liverpool’s opener and was hooked by Jones when Saints moved to a back four.

CB: Craig Dawson – 5.65
Neither West Ham centre-back managed to scrape a six in the defeat to Leicester on Saturday. Kurt Zouma scored 5.84, but Dawson was worse after being given the runaround by Patson Daka. The Hammers defender was all over the place while conceding a first-half penalty, which was saved by Lukasz Fabianski.

RWB: Pascal Gross – 5.73
The Brighton right-back almost scored direct from a corner but, overall, he had an off-day against Villa, losing possession 19 times, six of those occasions coming from every cross he attempted, all of which failed to find a team-mate. Lost three of his four duels.

LWB: Vitali Mykolenko – 5.80
Surprisingly the only sub-six among Everton’s outfield players in the latest shambles at Bournemouth. And that was largely because he had to go off on 28 minutes after injuring himself in the build-up to the Cherries’ second goal.

MF: Tyler Adams – 4.98
The Leeds midfielder was as industrious as ever – he has to be in a side with little cover behind their initial press – but Adams blew the visitors’ hopes of levelling up late on with a needless second yellow card. The USA international was also closest to Harry Kane for Spurs’ opener but not close enough to Rodrigo Bentancur when the Uruguayan turned the game on its head in the second half.

MF: Stuart Armstrong – 5.87
The midfield battle passed him by for much of his hour on the pitch for Saints before being replaced by Theo Walcott. Lost possession 11 times while winning only one of four duels.

MF: Ilkay Gundogan – 5.83
City were off-colour all over the pitch against Brentford, with Joao Cancelo and Gundogan struggling most. Gundogan missed a great opportunity to give City a lead they barely deserved and lost track of Ivan Toney when the Bees striker tapped in a 98th-minute winner. Hasn’t put Barcelona off the Germany star, though.

FWD: Wilf Zaha – 5.83
The Palace star won a first-half penalty but then failed to even hit the target with Dean Henderson having chucked himself in the opposite direction. From then on, Palace were second-best and Zaha struggled to recover. He lost seven of his 10 duels and gave away possession 14 times while failing to complete a dribble.

FWD: Neal Maupay – 6.01
It was a close-run race for the second striker spot, with Danny Welbeck (6.02) and Adam Armstrong (6.03) pushing Maupay all the way. But the worst XI demands more Everton representation after a performance that left travelling fans furious. Maupay will point to a lack of service but the forward was, once again, anonymous, managing only eight accurate passes while losing possession 11 times with 26 touches.