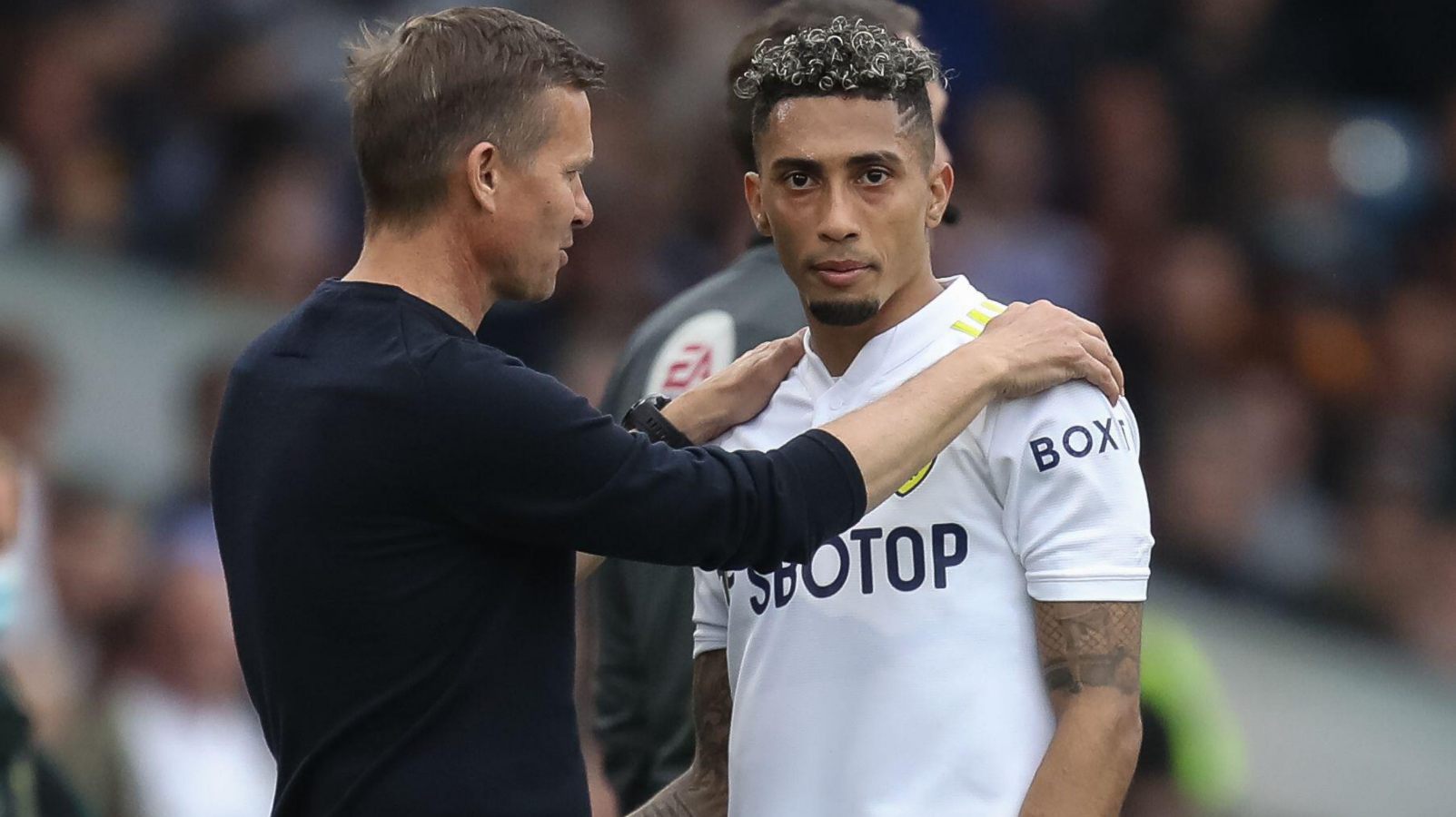 GK: Illan Meslier – 5.40
The Leeds keeper has been the busiest in the Premier League this season and once again he was exposed by his defence against City. Meslier couldn’t do much about any of the four goals he conceded, even if Gary Neville felt he should have done better with Fernandinho’s strike in added time.

CB: Mads Bech Sorensen – 5.62
One of Brentford’s three centre-backs won only one of the four duels he competed and failed to make a tackle while Manchester United used their last home game of the season to finally look vaguely competent.

CB: Luke Ayling – 5.53
The Leeds skipper lost possession 19 times while being dribbled past six times by a Manchester City player. Ayling also came off second best in eight of the 13 duels he engaged in.

CB: Romain Saiss – 5.59
All of Wolves’ three centre-backs rated lower than 6 in the 3-0 defeat to Brighton, with Willy Boly earning 5.72 and Conor Coady given 5.95. But Saiss scored lowest of the lot after giving away a penalty and losing possession 20 times. The Moroccan attempted 10 long passes, finding a team-mate with none of them.

RWB: Raphinha – 5.81
Stuart Dallas rated lower on 5.79 but the Cookstown Cafu suffered a serious injury in Leeds’ defeat to City and we’re not monsters. So Raphinha gets the nod after dropping back to right wing-back after Dallas was carried off. The Brazilian lost possession 21 times, failing in both of his attempted dribbles, finding a team-mate with only one of six attempted crosses.

LWB: Rico Henry – 5.18
No tackles, clearances, blocks or interceptions from the Brentford wing-back in the defeat at Old Trafford, where he lost a battle of strength with Cristiano Ronaldo before losing the battle of wits by bundling the Portuguese star to the ground in the box.

MF: Christian Norgaard – 5.92
Seven Brentford starters rated less than six at Old Trafford, with only Henry and Sorensen earning a lower score than Norgaard. The midfielder has made more tackles than anyone else in the Premier League this season but the Dane was quiet at Old Trafford, managing only two tackles before being hooked on 70 minutes. His replacement, Mathias Jensen, earned exactly the same score in his 20-minute cameo.

MF: Leander Dendoncker – 5.83
Ruben Neves got the half-time hook, just when Man Utd turned up to watch the Portuguese, but Dendoncker rated lowest of the Wolves midfielders. The Belgian drifted right before the break in a vain attempt to stop Marc Cucuerella and Leandro Trossard. Dendoncker was sloppy in possession and struggled to get close enough to Brighton to break up their play.

AMF: Joe Willock – 5.84
Jurgen Klopp rotated his midfield at Newcastle but still Liverpool were too strong for the Magpies. Willock was especially quiet, managing only 19 touches while losing possession as often as he found a team-mate with a pass (seven times) before he was replaced with a quarter of the game still remaining.

FWD: Raul Jimenez – 5.80
We usually give substitutes a pass, but Jimenez had the entire second half to make an impact and the Mexican struggled as much as Fabio Silva (5.95). Jimenez failed to attempt a shot on Brighton’s goal and lost possession more times (11) than he found a team-mate with a pass (10).

FWD: Rodrigo – 5.92
The Leeds forward ploughed a lone furrow for 83 minutes but failed to trouble the City defence. The one occasion he escaped Pep Guardiola’s back four, when Aymeric Laporte slipped in the opening minutes, Rodrigo got lost on the half-pitch race to Ederson’s goal, took a touch too many and wasted Leeds’ best chance before City turned the screw.