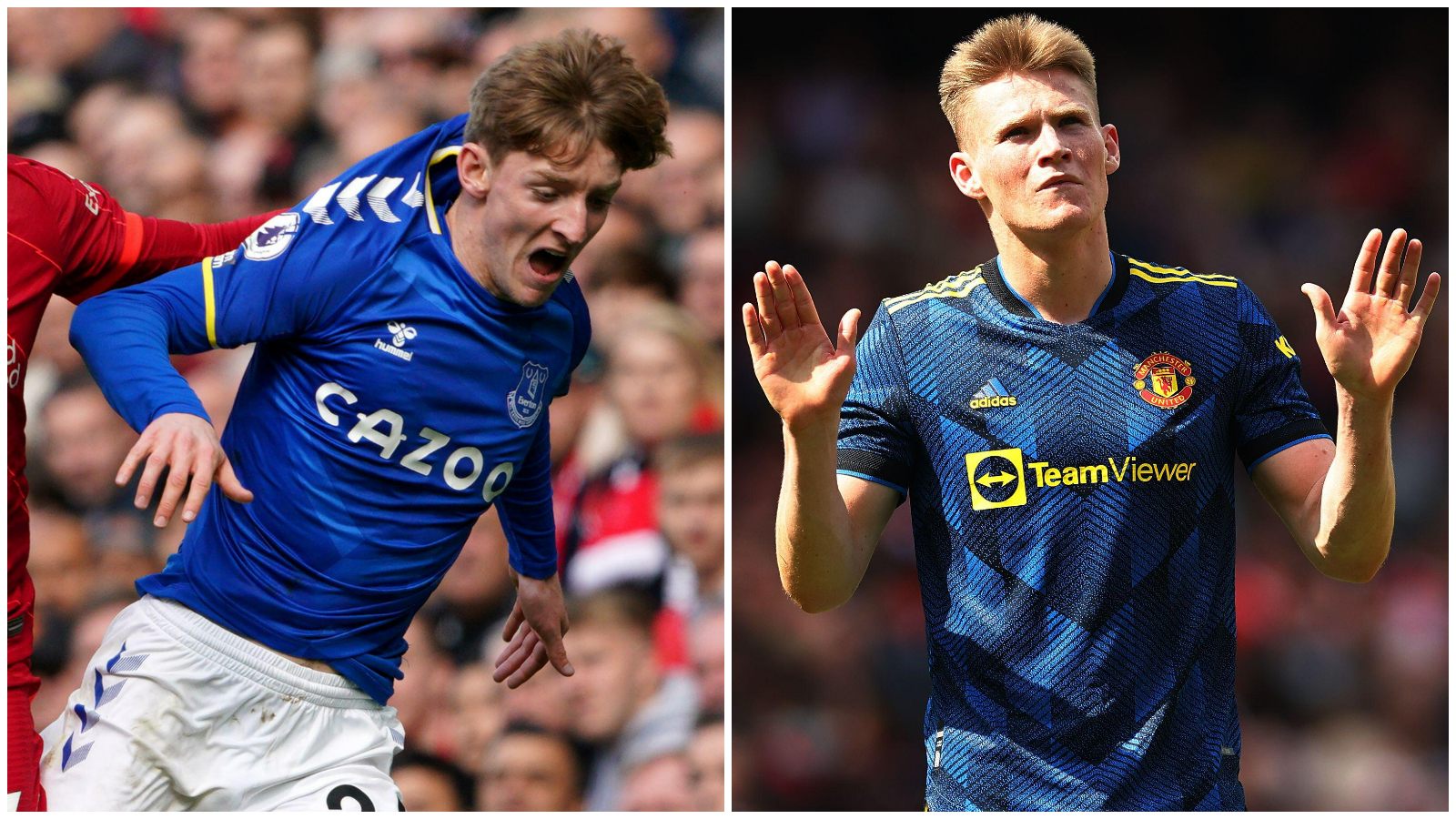 Anthony Gordon looked to be Everton’s biggest threat in the derby but the algorithms weren’t impressed. Nor could they measure Scott McTominay’s balls.

Here is the Premier League’s worst XI of the weekend, according to WhoScored’s ratings.

GK: Tim Krul – 5.43
The Canaries keeper is in ahead of Ben Foster (5.54) despite the Watford stopper conceding five at Man City. Krul could do little about Newcastle’s first two goals but the third was a mess of his making with a poor pass into midfield that Bruno Guimaraes pounced upon before chipping the Dutchman.

RB: Jeremy Ngakia – 5.97
The Watford right-back was in for the injured Kiko Femenia and seems to have been damned by his association with his centre-backs, each of whom left Gabriel Jesus alone for his second, making Ngakia look bad for not covering around when he had his hands full at the far stick. Received little help from Ismaila Sarr (5.79)

CB: Samir – 5.46
A shoo-in for the worst XI of the weekend when the fella he was marking scored more Premier League goals in 53 minutes than during the rest of the whole of the season to date. Was distracted by something shiny when Oleksandr Zinchenko teed-up Jesus for the first of his four. Put out of his misery with a quarter of the game still remaining when Roy Hodgson swapped him with Craig Cathcart.

CB: Victor Lindelof – 5.69
The one Man Utd defender who didn’t embarrass himself on Arsenal’s opener is the one representative in this XI from Ralf Rangnick’s Maguire-less back four. Made one clearance and one interception and won his only aerial duel while finishing with comfortably the highest passing accuracy (96.1%) of any United player. But rated lower than Raphael Varane (6.13) who made eight clearances.

LB: Dimitris Giannoulis – 6.01
The Norwich left-back is the only individual in this XI to earn a 6, but Nuno Tavares’ tap-in presumably kept the Arsenal left-back safe from selection, while Alex Telles somehow clawed a 6.25. Giannoulis did suffer the ignominy of being nutmegged by a Jacob Murphy back-heel in the build up to Newcastle’s opener.

RM: Kieran Dowell – 5.76
Playing on the right, Dowell had Norwich’s best two chances with the game still goalless but both times he blazed over the bar. Tested Martin Dubravka with a late free-kick but gave possession away 17 times while failing to find a yellow shirt with any of his three crosses. Completed no dribbles but was dribbled past five times.

CM: Scott McTominay – 5.97
Complained about the absence of balls in Man Utd’s performance at Arsenal but WhoScored’s algorithm doesn’t account for McTominay’s swingers. It was too busy counting the 13 times the midfielder lost possession, which contributed to him being the United player with the second-lowest passing accuracy – 70.6%.

"When we get back in the dressing room it's go home and take a look at yourself in the mirror."

"You can't go back to your house and be satisfied."

Scott McTominay speaking from the heart.

CM: Tom Cleverley – 5.08
In for Juraj Kucka, Cleverley gave possession away so poorly in the build-up to Rodri’s thundertw*t just five minutes after Watford had given themselves a lifeline. Hardly the first opponent to be left dazed and confused by Manchester City’s midfield, but still offered depressingly little.

LM: Anthony Gordon – 5.98
Somewhat harsh, we think, to rank the youngster as Everton’s second-worst player in the derby – Mason Holgate earned 5.95 – when to the naked eye he was comfortably the Toffees’ biggest threat and should have had a penalty. That doth butter no parsnips with algorithms, it would seem.

FWD: Milot Rashica – 5.87
We’ve shunted Rashica a little further forward from the left-side role he played against Newcastle to little tangible effect. No shots, no crosses, no key passes, no successful dribbles from three attempted and no fouls won before being hooked on 75 minutes.

FWD: Fabio Silva – 5.95
The £30million youngster seems to earn selection for this XI almost as often as Wolves’. Never looked likely to trouble Burnley’s centre-backs, with his only two efforts on goal both blocked. Found a team-mate with only just over half of his passes while being shackled by James Tarkowski and Nathan Collins before being hooked with a quarter of the game to go.