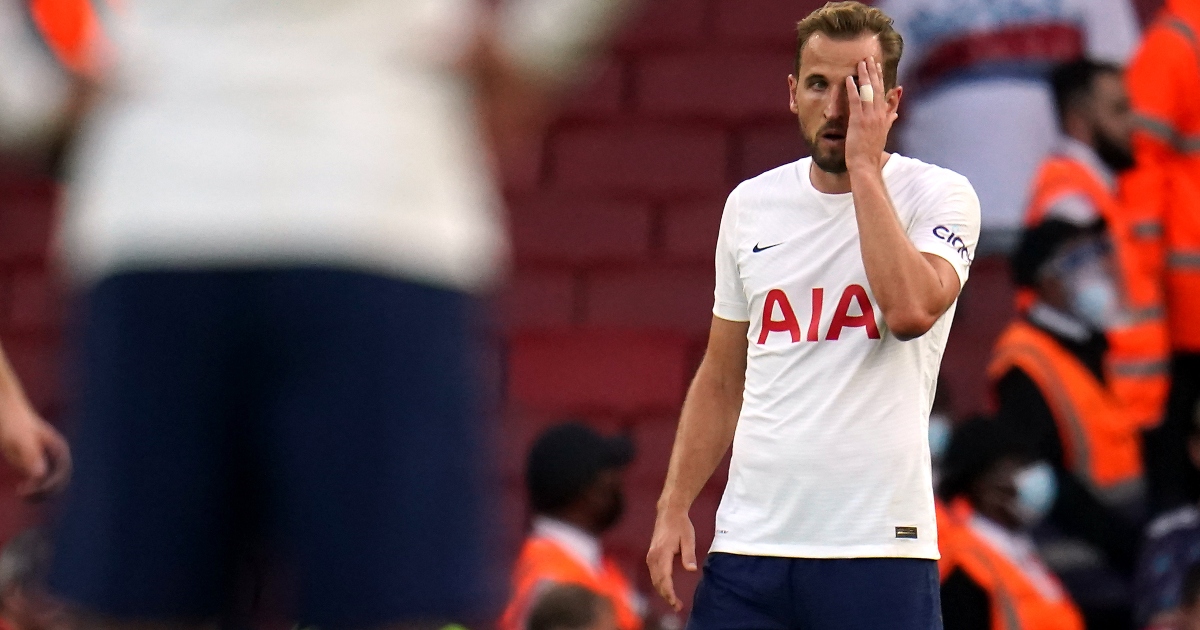 Remember when Harry Kane and Dele Alli were good? Those were fun times. Here are Kane, Alli and nine others who rated worst according to Whoscored this weekend…

Alisson – 5.79
After conceding three at Brentford, the Liverpool stopper edges out David De Gea (5.88) and Tim Krul (5.90) for a place in this weekend’s worst XI. Which seems a little harsh on the Brazilian since he wasn’t directly at fault for any of the Bees’ goals, but perhaps he could have done more to stop his back four snoozing in front of him.

Japhet Tanganga – 5.70
It’s a second appearance of the season for the Spurs defender after his second-half brain fart at Palace when Spurs first conceded three against London rivals. Which seems to have become a weekly habit through September. Tanganga was hooked at half-time after initially getting the nod over Emerson Royal though he was no worse than the rest of a dreadful back four and was badly exposed when Arsenal’s second goal came from a counter-attack down his flank.

Davinson Sanchez – 5.67
Nuno brought Sanchez back in after a tw0-game absence and he must have wished he hadn’t bothered long before Arsenal raced into a three-goal lead. The Colombian was caught napping by the late run from Emile Smith Rowe for Arsenal’s opener and, alongside Eric Dier, he looked back to his calamitous old self during a performance in which he managed not a single tackle, interception or block. But he did lose possession seven times.

Craig Cathcart – 5.99
The 1-1 draw with Newcastle was not one of the experienced defender’s finest days. Newcastle should have been out of sight by the time Ismaila Sarr levelled – the visitors’ xG was 2.23 – and Cathcart’s composure was absent while Watford’s back four struggled to cope. The Northern Ireland centre-back almost presented the Magpies with a second goal before half-time with a woeful backpass but fortunately for Watford, Newcastle couldn’t finish their dinner even when it was spoon-fed to them.

Brandon Williams – 5.81
The Norwich defender is making the left-back slot his own with consecutive appearances in this inglorious XI. Williams at least improved after the break following a first half in which he was wasteful in possession and allowed Andros Townsend too much time and space to get crosses into the Canaries’ box.

Juraj Kucka – 5.92
The Watford midfielder – not a screener on Saturday’s evidence – was perhaps lucky to last longer than the opening 10 minutes after a questionable challenge on Miguel Almiron. Kucka spent the rest of the afternoon getting a chasing off Newcastle before he was hooked midway through the second half. Though he wasn’t the worst-rated Watford midfielder – Tom Cleverley was given 5.74 but he didn’t see beyond the break because of concussion.

Dele Alli – 5.56
Alli was hooked at half-time with Tanganga and the former England attacker could hardly complain. He was, if you’ll pardon the technical jargon, f***ing sh*te. Again. Has his best gone for good? Playing in this position for Nuno, it certainly appears so.

Jack Harrison – 5.97
Harrison was left on the bench for the visit of West Ham following a period of isolation, with Marcelo Bielsa opting for Dan James on the left instead. Bielsa changed his mind at half-time, with James – rated at 6.39 – getting first dibs on the showers but Harrison struggled similarly in the second period to hurt the Hammers down their right with Vladimir Coufal among David Moyes’ best performers.

Timo Werner – 5.93
Chelsea’s front two struggled in Thomas Tuchel’s defensive 3-5-2, with Werner and Romelu Lukaku managing only a dozen passes each. Werner, at least, managed a couple of shots on goal, even if both were off target. The German’s touch was as askew as his finishing, though Tuchel perhaps has more questions to answer than some of his players after a dispiriting first defeat of the season.

Harry Kane – 5.95
When is the point that a summer hangover becomes a longer-term concern? If he hasn’t already, Kane is certainly approaching that time. After netting against Wolves in midweek, it was hoped the England striker had rediscovered his mojo in time for the north London derby, but instead his most notable contribution was to lose possession and allow Arsenal to break for the third goal.

😳 Midway through the first half and Harry Kane has had 3⃣ touches of the ball… pic.twitter.com/bdPfpNdI40

Josh Sargent – 5.87
Even though Norwich saw more of the ball against Everton, Sargent and Teemu Pukki struggled to make inroads against an Everton defence that had been picked apart by Villa and QPR in the week leading up to the clash at Goodison Park. Pukki at least attempted a shot and a key pass; Sargent managed neither and he gave away possession more often than any of Daniel Farke’s strugglers.