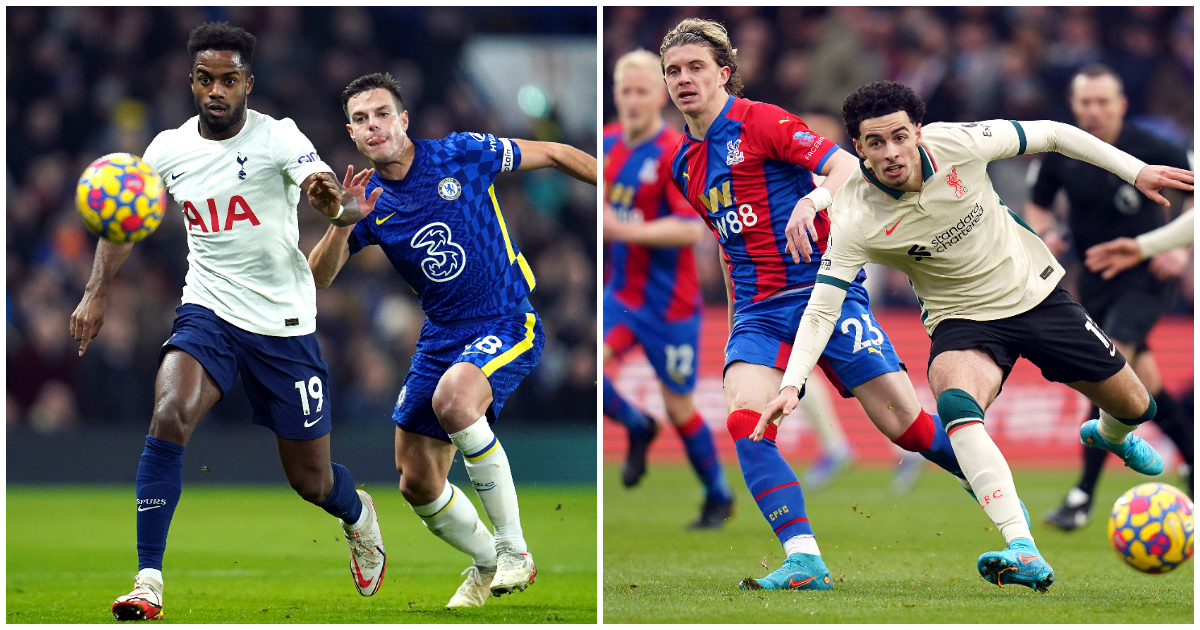 Conor Gallagher floundered against Liverpool, while Ryan Sessegnon failed to take his chance in Tottenham’s midfield. They weren’t the only ones to struggle this weekend…

Here’s the weekend’s worst XI according to WhoScored ratings…

Daniel Bachmann – 5.19
Norwich scored almost a quarter of their goals this season against the Watford stand-in during a miserable second half for the Hornets. Bachmann stood little chance with Josh Sargent’s brace but Juraj Kucka’s own-goal was a mess that could have been easily avoided by the substitute defender and Austrian stopper.

Mads Roerslev – 5.85
Normally we give subs a break. But subs who get subbed are fair game, and that was the unfortunate fate suffered by the Brentford right wing-back against Wolves on Saturday. Roerslev came on as a concussion sub on 25 minutes and after running around a bit, he was hooked 37 minutes later. He wasn’t alone…

When Baptiste & Roerslev were replaced yesterday, it was the 1st time Bees had subbed 2 subs (in a competitive game).

Samir – 5.97
The Watford new boy might argue that he was fouled by Teemu Pukki in the build-up to Norwich’s decisive opener but Samir was brushed off the ball far too easily. The centre-back will have to get used to the hurly-burly of the Premier League sharpish as Watford battle relegation, but it’s probably already too late for Claudio Ranieri.

Pontus Jansson – 6.07
Fabio Silva hardly offered a threat to Brentford’s defence, but Jansson still looked uneasy in the face of a Wolves’ attack missing Raul Jimenez. The Bees looked edgy all over as they fell to a sixth defeat in seven Premier League games. No wonder Thomas Frank was p*ssed…

Tyrick Mitchell – 5.84
The 22-year-old has had a splendid breakthrough season at Palace but the defeat to Liverpool on Sunday wasn’t the left-back’s finest day. Mitchell was dragged out of position for Alex Oxlade-Chamberlain’s goal but he certainly isn’t the first left-back to be given the runaround by Liverpool’s right-siders.

Mo Sissoko – 5.85
The Watford skipper was in charge of an engine room overrun by Norwich and was powerless to stop the Hornets suffering a hugely damaging defeat. Sissoko had a late goal ruled out but lost three of his five duels while giving away possession 13 times.

Conor Gallagher – 5.80
The Chelsea loanee struggled to have an influence in Palace’s midfield, failing to make any key passes, or find a team-mate with any of five long balls or crosses. Between them, Gallagher, Joel Ward and Michael Olise lost possession 59 times.

Ryan Sessegnon – 5.94
On the left of Spurs’ midfield at Chelsea – about which we have 16 Conclusions – Sessegnon failed to have any impact before being hooked on 55 minutes. The 21-year-old managed 21 touches, made only eight passes, with only half finding a white shirt, while losing all but one of his five duels.

Emmanuel Dennis – 5.13
The Nigeria winger has gone off the boil since Christmas and Dennis struggled to have any influence from either flank other than a daft red card for two bookings that will rule him out of the crucial Burnley game in a fortnight.

Fabio Silva – 6.00
The 19-year-old was given a first start of the season after impressing Bruno Lage in the FA Cup win over Sheffield United but Silva failed to take his chance in the absence of Jimenez. The striker gave the ball away 14 times at a rate of once every two touches while failing to offer a shot on target, cross or key pass in 75 minutes.

Daniel James – 6.05
The winger was thrust up front once more in the continued absence of Patrick Bamford and James struggled to trouble even Newcastle’s defence. He managed only 15 touches, losing possession with almost half of them, before being replaced by Tyler Roberts, who fared little better.