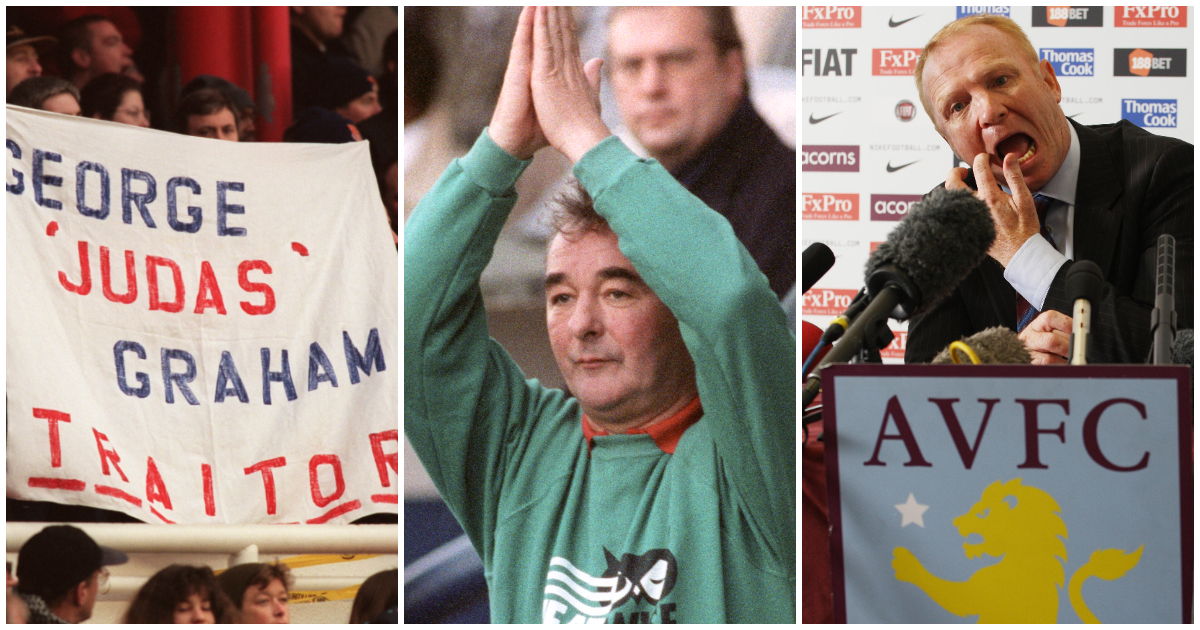 Rivals in the Tyne-Wear, East Midlands, north London, A23, south coast and Second City derbies have both employed the same manager…

Rafa Benitez has now taken the Everton job but he is not the the first boss to manage on both sides of a local rivalry. Rafa can only hope he’s remembered more like Coppell or Clough rather than Bruce or McLeish…

Sunderland in 2009 was his seventh appointment and the Geordie started well. “Managing Newcastle has never been my dream,” he insisted in his first press conference when his Toon background was brought up. When he later discussed his sacking – which came after just over two years on the job – Bruce put it down to Sunderland fans being unable to get over his links with their rivals.

“In hindsight, maybe going there was a mistake,” he said in 2013. “Being a Newcastle fan as a boy… some would never forgive that. I wouldn’t say it was the utmost reason but for a lot of them, they couldn’t hack it. As soon as it went a little pear-shaped, they couldn’t wait to jump on the bandwagon.”

Bruce changed his tune when he was appointed Newcastle boss in 2019. “To be given the opportunity now, I’m like any other Geordie. I’ve lived the dream.”

Harry Redknapp (Portsmouth, Southampton and Portsmouth again)
Redknapp took Portsmouth to the Premier League and kept them there during a two-and-a-half-year reign up to November 2004, during which the hostility between Pompey and Southampton had apparently escaped him as he then went ‘down the road’ to the latter.

“I lived down here, so why shouldn’t I work? But it was a crazy move. I didn’t realise the hate between them,” he said to FourFourTwo in 2019.

“It was (very bad). Non-stop phone calls all day, leaving horrendous messages. At home, I’d be outside and the boats that went past always seemed to be fishermen from Portsmouth. They would go past, a big gang of them on their boats going out through the harbour, yelling abuse.”

Redknapp made it up to Pompey fans by taking Saints down before returning to Fratton Park and winning the FA Cup.

George Graham (Arsenal and Tottenham)
The Scottish manager made himself a legend at Arsenal by winning two First Division titles, two League Cups, an FA Cup and the European Cup Winners’ Cup in a nine-year reign which came to an abrupt end when it emerged he had taken a bung worth £425,000 from agent Rune Hauge after the Gunners had signed John Jensen and Pal Lydersen.

After serving a year-long ban, Graham took over at Leeds but just over two years later, he was back in north London with Tottenham.

Spurs fans remained wary of Graham’s Arsenal connections but the manager at least delivered silverware to White Hart Lane. The League Cup in 1999 remains only one of two trophies won by Spurs in the last 20 years, but that wasn’t enough to save him from the sack when ENIC took over the club and took exception to Graham discussing his ‘limited funds’ for transfers in the media.

“We cannot conduct the affairs of Tottenham in the press, and I have summarily dismissed George Graham for breach of contract,” said executive vice-chairman Paul Buchler.  “At the meeting he was defiant, aggressive and may have had his own agenda… We agreed we cannot work with each other. I am not prepared to have someone who is not a team player and who is not looking after the club’s interests.”

Alex McLeish (Birmingham and Aston Villa)
McLeish’s move from Birmingham to Aston Villa in 2011 went down well with neither side of the Second City divide. The Scottish boss left Blues after the club began chasing players he didn’t want, and Randy Lerner was happy to take him to Villa Park while the American owner set about trimming the budget.

McLeish lasted a year, with Villa fans equally as furious about his appointment as Blues were over his treachery. ‘F*ck off McLeish, the Villa is ours’ and ‘Sack McLeish, my lord’ sang the Holte End during a miserable 2-1 home defeat to Bolton in April 2012, and Lerner granted their wish at the end of the a season which saw the Villans finish 16th.

McLeish had his excuses: “It proved to be one of the hardest jobs in my career,” he told FourFourTwo. “I was set the target of finishing as high as possible in the Premier League, while also reducing the wage bill hugely.

“Ashley Young and Stewart Downing left over the summer and Shay Given, Richard Dunne and Darren Bent all missed periods of the season due to injury. And then there was Stiliyan Petrov, who was diagnosed with leukaemia. It was a big impact to lose the captain. We managed to stay up, but it was a really tough campaign; a constant juggle between managing injuries, reducing wages and still trying to win points.” 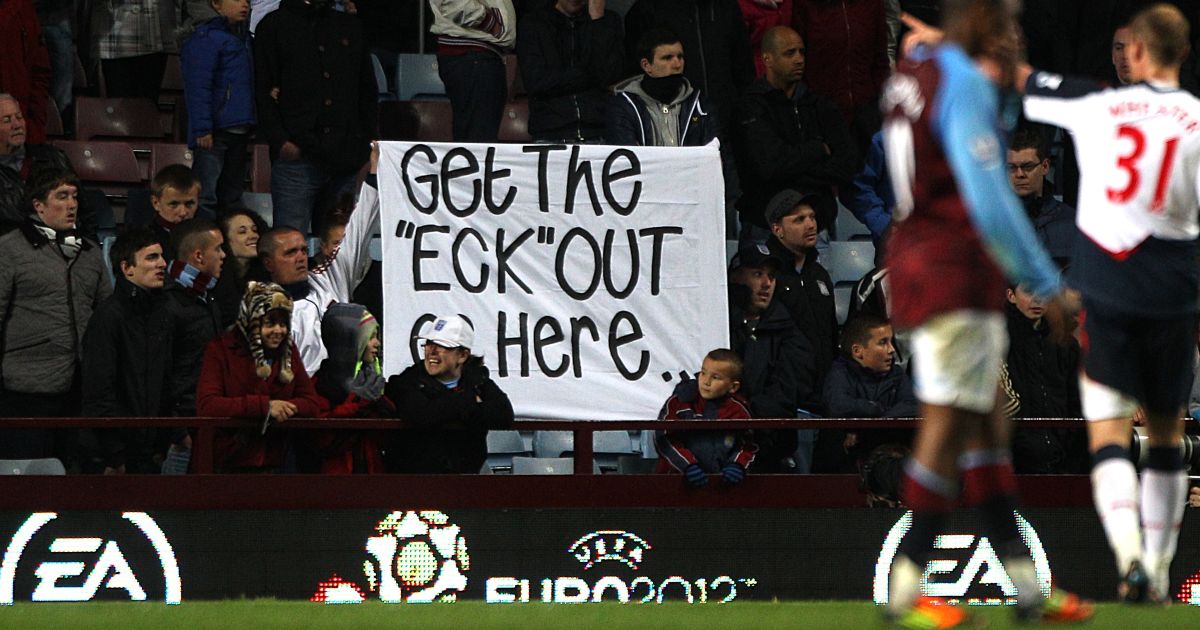 Steve Coppell (Crystal Palace and Brighton)
Unlike some of the managers on this list, Coppell remains well liked by both derby rivals. Assuming you agree that Crystal Palace v Brighton constitutes a derby…

Coppell is especially revered at Selhurst Park, where he had had four separate stints in charge during which he took them to the FA Cup final, third in what was to become the Premier League, and a couple of promotions. But Simon Jordan failed to see Coppell’s appeal: “I found him very difficult. I walked in to see him, having spent £10-11million pounds on the club, and he was very strange. Uncommunicative, unhelpful. He was so negative he interfered with the signal strength on my phone.”

A spell at Brentford separated his final spell at Palace and one at Brighton. Coppell presided over a 5-0 defeat in the derby but that wasn’t enough to sway the Seagulls’ affection for the former Manchester United winger.

Dick Knight, the chairman who employed Coppell at Brighton, disagreed with Jordan’s assessment of the manager’s character. “I think Simon misjudged Steve’s seriousness,” he told The Guardian. “He is probably the most analytical mind brought to football management for many a year… People say he’s cold and uncaring, but he came to one of our marches on the seafront to campaign about the new stadium at Falmer long after he left for Reading. That’s Steve. He left a big impression on us.”

Brian Clough (Derby County and Nottingham Forest)
Cloughie left a huge impression on Derby and Forest too. The very biggest. So much so that the East Midlands rivals compete for the Brian Clough Trophy each time they meet.