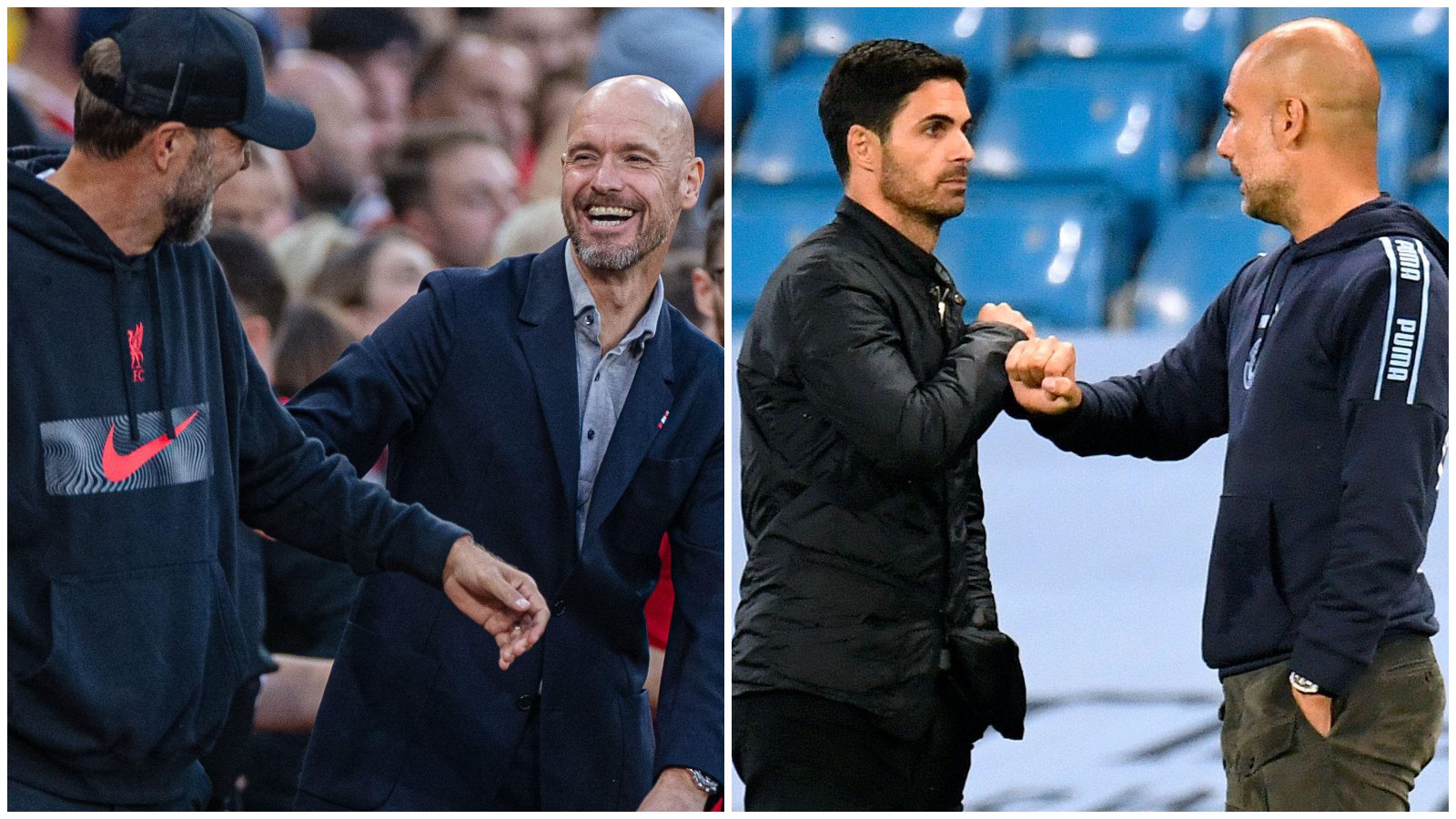 Liverpool face Tottenham this weekend in what has become one of the most one-sided Big Six clashes. Still, Spurs can speak of a better record against the Reds than Arsenal have against Manchester City. The Dog & Duck has as many points against City as the Gunners have in their last 10 matches…

Here’s how all of the Big Six rank in terms of points against each other over their last 10 meetings, from closest to most one-sided:

Nothing between the Premier League’s two best teams in recent years. There has been one goalless draw in the last 10 and the last game – Liverpool’s first win in three years – was tight but you are usually guaranteed goals in City v Liverpool, with an average of 3.4 per game.

The last three meetings between the London rivals have gone the way of the away team. A good omen for Arsenal ahead of Sunday.

Arsenal’s only defeat this season came to United when Mikel Arteta sensed victory was there for the taking before going home with nothing but a slapped arse.

City might have the edge over 10 games but Spurs have won four of their last five, shutting out Pep Guardiola’s men in three of them.

The overall derby record is a lot closer than the last meeting between the Manchester clubs, even if Pep Guardiola is starting to view United again as a threat of sorts.

Not since Thiago invented talking in September 2020 have Liverpool beaten Chelsea in the Premier League. But they’ve won two cup finals against the Blues this year, so there’s that…

Thiago has been in Liverpool two minutes and already he shouts “go go Robbo, yeah Robbo” when Robertson presses and recovers the ball! What a boss!

United have won their last four games against Spurs even if the hilarious 6-1 pumping at Old Trafford in October 2020 has kept Spurs level on goal difference.

Chelsea haven’t beaten United in the Premier League since Bonfire Night five years ago. Though they came mighty close a couple of weeks ago and seven of the last 10 have been draws.

United have won the first and last of their most recent 10 encounters with Liverpool, with the sh*t in the sandwich coming in the form of five defeats and three draws.

Dele Alli loves playing Chelsea but that’s all he was useful for towards the end of his Tottenham career. It’s almost four years since Spurs have been Chelsea in the league and their record at Stamford Bridge is even worse, having won only once in 38 matches.

Seven of the last 10 have been settled by one goal – though there is also a 6-0 pumping in there for Chelsea too. Raheem Sterling was the second-highest scorer behind KDB when he swapped sides in the summer.

The recent 3-2 win was Arsenal’s only triumph over Liverpool in the last 10 other than a 2-1 victory in July 2020 when the Reds had long since been confirmed as champions.

Not since October 2017, when Dejan Lovren had his pants pulled down at Wembley, have Spurs beaten Liverpool in the Premier League. But they haven’t lost to the Reds since Antonio Conte took over. First win in five years this weekend?

It’s a whitewash, with Arsenal having scored one goal against City since February 2019. You have to go back to April 2017 since they last earned a point, and Christmas 2015 – almost seven years ago – since they actually beat City.