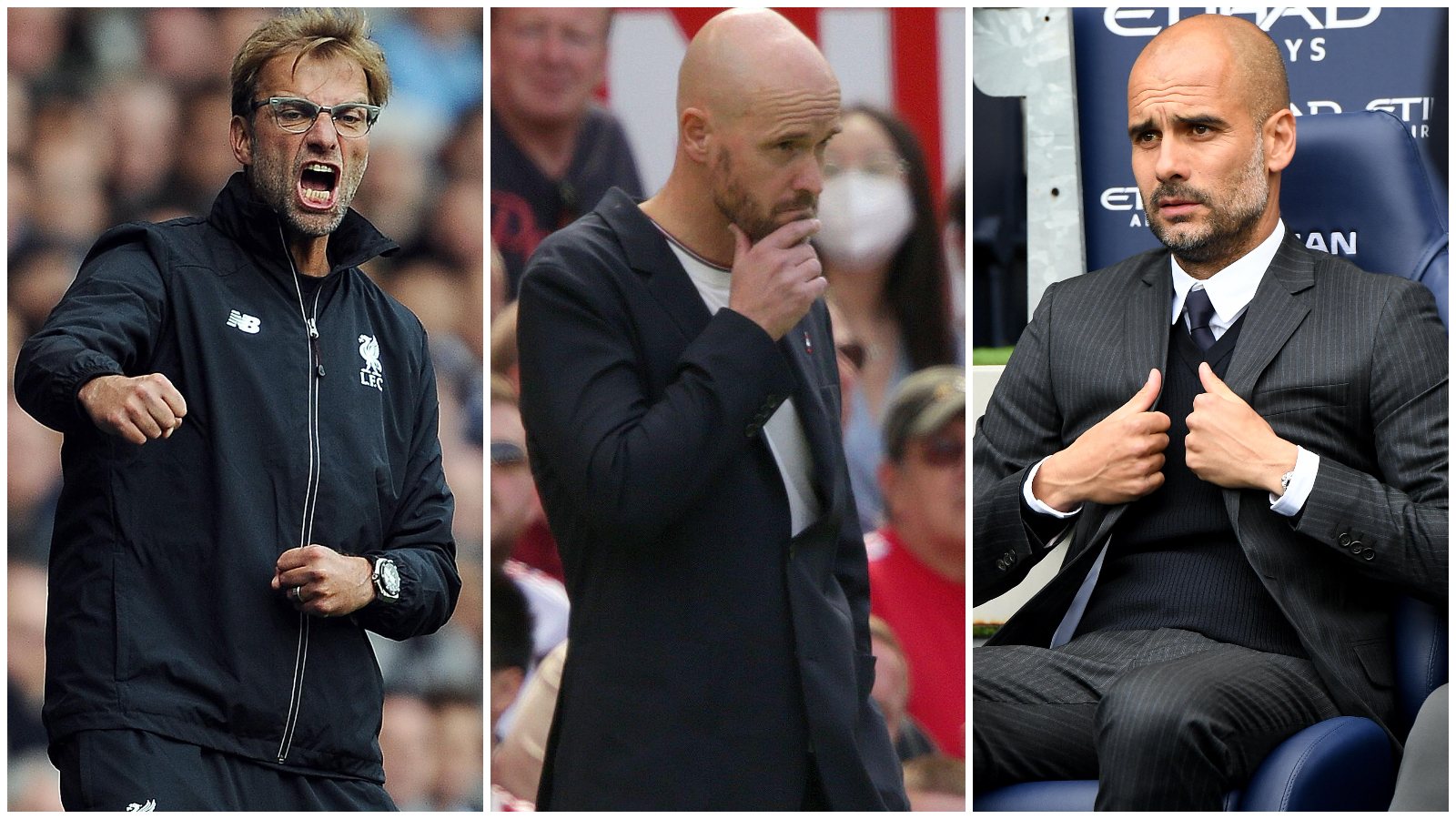 Erik ten Hag’s Manchester United reign could hardly have got off to a worse start, while Sean Dyche has stormed to number one after making Everton look like Everton should.

20) Erik ten Hag: Man Utd 1-2 Brighton
August 7, 2022
If Ten Hag needed an illustration of the size of task before him, this was it. A miserable home defeat, with Cristian Eriksen starting as a false nine, was followed by an even more wretched embarrassment at Brentford before United belatedly got their sh*t together.

19) Thomas Frank: Brentford 0-1 Bristol City
October 20, 2018
Frank’s first game as Bees head coach was an 89th-minute defeat to Bristol City after the hosts had played more than half an hour with 10 men after Chris Mepham was sent off.

17) Patrick Vieira: Chelsea 3-0 Crystal Palace
August 14, 2021
Vieira had a debut to forget as Palace boss when his side went to Stamford Bridge and were easily brushed aside by the then-European champions. He was the third consecutive manager, after Frank De Boer and Roy Hodgson, to lose his first match in charge of the Eagles.

16) Nathan Jones: Liverpool 3-1 Southampton
November 12, 2022
Jones just had to get through a trip to Liverpool relatively unscathed before he had the World Cup hiatus to work with all but two of the squad he inherited from Ralph Hassenhuttl. Saints went behind early on but rallied to level quickly through Che Adams. But Darwin Nunez’s brace before half-time allowed the Reds to ease into the break.

15) Eddie Howe: Newcastle 3-3 Brentford
November 20, 2021
It wasn’t a terrible result, especially when 3-2 down with 15 minutes remaining, when Howe presided over his first game in charge, but Wor Eddie had to do so from his hotel room after catching a dose of the ‘rona.

14) Jesse Marsch: Leicester 1-0 Leeds
March 5, 2022
Jesse Marsch hates Leicester. Leeds were abject when losing there this season and his first game in charge there ended in defeat too, with Harvey Barnes’ strike heightening the Whites’ relegation fears.

13) Graham Potter: Chelsea 1-1 RB Salzburg
September 14, 2022
Potter’s first game was due to be away at Fulham, but within around an hour of confirmation of his appointment as Chelsea boss, the Queen died. So Potter had to wait until a disappointing home draw with the Austrians which left the Blues bottom of their Champions League group with two games gone.

12) Marco Silva: Fulham 1-1 Middlesbrough
August 8, 2021
The Cottagers were frustrated in Silva’s first game when Neil Warnock’s Boro struck a late leveller to punish the hosts for wasting serval second-half opportunities to kill the game. They made up for it in the next match by smashing five past Huddersfield.

11) Mikel Arteta: Bournemouth 1-1 Arsenal
December 26, 2019
“It was raining and I got very wet,” said Arteta when asked earlier this year to reflect on his first Gunners game as boss, which saw Pierre-Emerick Aubameyang bag a second-half equaliser to earn Arsenal a point on Boxing Day.

10) Steve Cooper: Nottingham Forest 1-1 Millwall
September 25, 2021
Though there was little sign of what was to come, a point apiece was a fair result in Cooper’s first game as Forest boss, with Max Lowe’s lucky equaliser cancelling out Matt Smith’s first-half opener for the Lions.

8) Gary O’Neil: Bournemouth 0-0 Wolves
August 31, 2022
O’Neil was placed in caretaker charge after Scott Parker was sacked in the wake of a 9-0 annihilation at Anfield. A clean sheet in his first game made for a positive start.

7) Julen Lopetegui: Wolves 2-0 Gillingham
December 20, 2022
“It has been a very special day for me,” said Lopetegui after Wolves scored a couple of late goals to progress in the Carabao Cup in their first game after the World Cup break. His first Premier League game was even more special – an injury-time win at relegation rivals Everton.

6) Pep Guardiola: Man City 2-1 Sunderland
August 13, 2016
Pep was one of two managerial debutants that day, with David Moyes taking charge of Sunderland for the first time. City won thanks to a scabby 87th-minute own goal off the bonce of Paddy McNair.

5) Antonio Conte: Tottenham 3-2 Vitesse Arnhem
November 4, 2021
Conte was given an early ride on the Spurs rollercoaster when his new side went 3-0 up inside 28 minutes in the Europa Conference League only to be pegged back to 3-2 before the break. There were also three red cards and some crowd trouble on a very Spurs evening. His reaction to seeing the scale of his job, while being aware of Daniel Levy’s reputation, was to plead for time: “This is the only aspect that I am a bit scared, a bit afraid.”

4) Roberto De Zerbi: Liverpool 3-3 Brighton
October 1, 2022
First games don’t come much more daunting than Liverpool away but Brighton were brilliant and should probably have won after going 2-0 up. Even upon caving in, they found an equaliser, with Leandro Trossard becoming only the third visiting player to score a hat-trick at Anfield. Who were the other two? Answer at the bottom…

3) David Moyes: West Ham 4-0 Bournemouth
January 1, 2020
Moyes’ second first game in charge of the Hammers went rather better than the first game of his first spell – a 2-0 defeat at Watford in November 2017. Beating Howe’s Cherries gave West Ham their biggest Premier League win in over 12 years.

2) Unai Emery: Aston Villa 3-1 Man Utd
November 6, 2022
“I am so happy… it was a special day today,” said the new Villa boss after taking charge for the first time, when they made United look very much second-best. Villa fans almost universally welcomed Emery’s appointment after a year of Steven Gerrard and the players buzzed off it too, racing into a two-goal lead inside 11 minutes. Even when United pulled one back courtesy of a lucky deflection, Villa still kept their visitors at arm’s length and ran out comfortable winners.

2 – Sean Dyche is just the second manager to beat an opponent starting the day top in his first Premier League game in charge of a club, after Alan Curbishley's West Ham beat Man Utd in December 2006. Grit. pic.twitter.com/2mbKpcYalV

1) Sean Dyche: Everton 1-0 Arsenal
February 4, 2022
‘The worst run club in the country hosts the Premier League’s slickest operation’ was how we billed second-bottom Everton versus leaders Arsenal. So for Dyche to claim Everton’s first victory since October 22 with a goal made in Burnley – corner from Dwight McNeil headed in by James Tarkowski – was a dream debut. The Toffees were everything they should be: dogged, determined and never did they let Arsenal settle into their groove. Dyche, that.