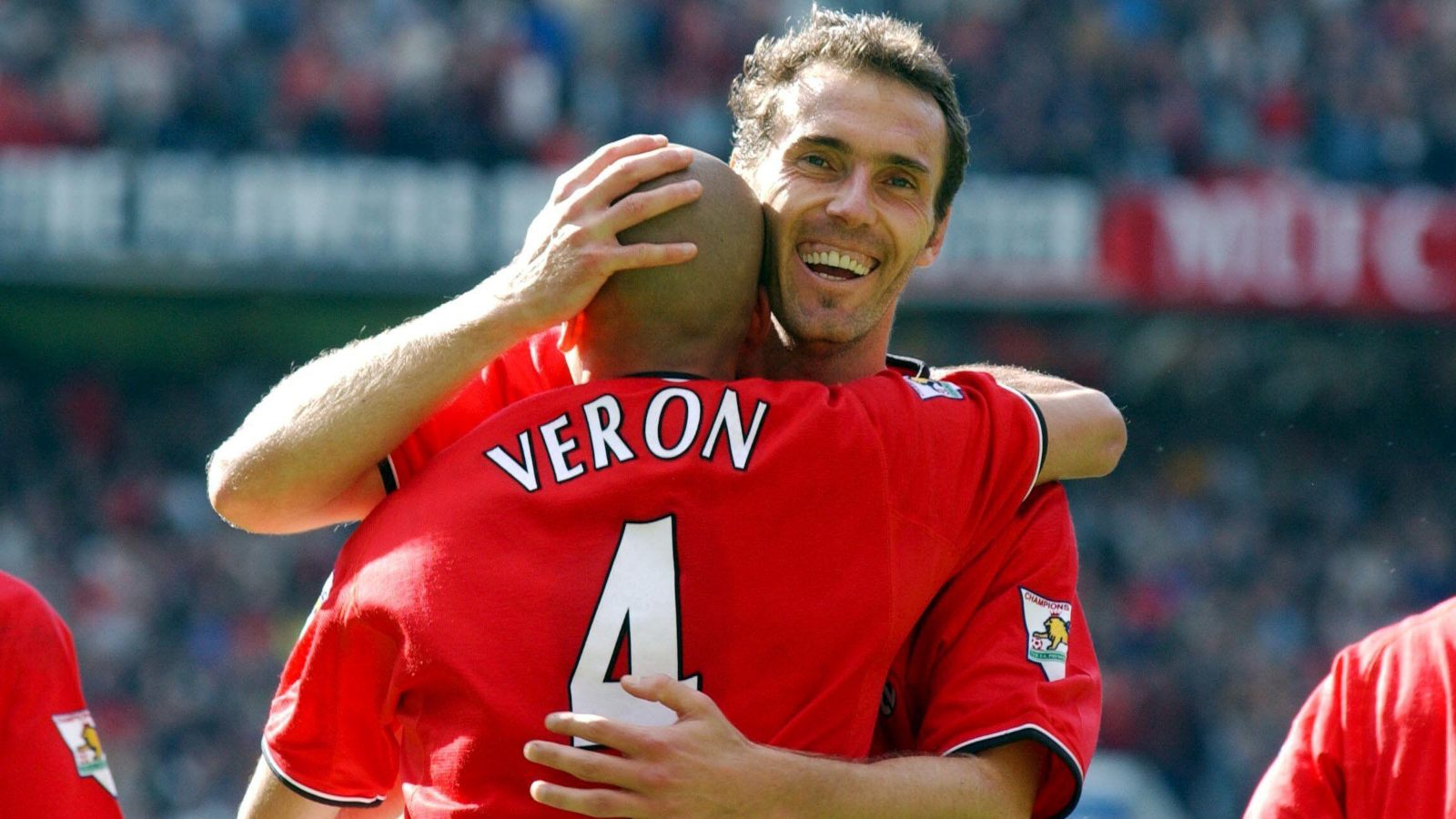 Man Utd look set to sign Adrien Rabiot but they don’t have a great record when buying from Italy. Even the No.1 is problematic.

Here’s how we’ve ranked the 11 signings United have made from Italy during the Premier League era. Players bought for the academy, like Federico Macheda and Davide Petrucci, have been omitted because our list, our rules.

11) Massimo Taibi
Everyone forgets that Taibi was Man of the Match on his debut against Liverpool at Anfield in 1999. That’ll happen when you concede the goals he did.

The Blind Venetian cost £4.5million and he made just four appearances in which he cost 11 goals. Four months after arriving, he was shipped back to Italy on loan and then permanently the following summer at a £2million loss, having made Mark Bosnich look good.

10) Amad Diallo
“One of the most exciting young prospects in the game,” said Ole Gunnar Solskjaer when Atalanta had United’s pants down for £37.2million. We’ll have to take his word for it since we’ve barely seen him in the first team.

Diallo was loaned to Rangers for the second half of last season – he struggled to get a game up there too – but as Rio Ferdinand says: “He just isn’t ready.”

Thirty-seven million quid. Diallo might turn out to be decent, but he looks way off it right now.

9) Giuseppe Rossi
The New Jersey-born Italy international was only 17 when he arrived from Parma in 2004 but he was thrust straight into Sir Alex Ferguson’s squad. He was kept on the fringes, however, due to the talent ahead of him and his own injury woes.

Rossi was restricted to 14 appearances in all competitions, scoring four goals, before being loaned to Newcastle and Parma, prior to joining Villarreal for £6.6million.

8) Paul Pogba
Bought from Juventus for £89million before being handed back to the Old Lady six years later. In the meantime, he showed the occasional glimpse of the magic anyone with eyes knows he possesses but despite benefitting from levels of patience afforded to few other players at Old Trafford, Pogba departed an unfulfilled talent, a star in his own head but a waste of energy beyond his own bubble.

Jose was right – about Pogba and a few other things too.

Fergie was at least half right but the fact Veron failed to fulfil his potential after a £24.3million British record transfer from Lazio in 2001 still grates many United fans.

Nicky Butt concurred with his manager: “I was suspended against Everton. He played and I sat there and I thought, ‘I’ll never play for United again, that’s me done, I’ll have to get a move. Veron was the best player I’ve ever seen, except Cantona. In training he was like something I’d never seen.”

Sadly, neither United nor Chelsea saw that brilliant best aside from the occasional glimpse. Like this…

OTD 01 – A lovely pass from Juan Sebastián Verón sets up the curiously overrated Ryan Giggs for a lovely finish that puts United ahead at Blackburn. pic.twitter.com/L9sGhQWymJ

6) Matteo Darmian
The right-back arrived from Torino in 2015 for £13million and after his first few games, it looked like United had got a bargain when he won player of the month. But his impact quickly dwindled, as did his playing time. Over the course of his four years at Old Trafford, he played 28, 18, eight and six Premier League games.

Darmian was a competent right-back but never the successor to Gary Neville. Or even Rafael. He returned to Italy with Parma for £1.4million in 2019.

5) Jesper Blomqvist
The Sweden winger signed to serve as back-up for Ryan Giggs at the start of the 1998-99 season and he played 38 games in the Treble campaign, including the final. He started in the Nou Camp after giving Roy Keane a ropey pass in the semi, which led to the captain receiving a booking and being suspended for the final – something Keane took with the good grace you’d expect: “He was so angry and saying ‘it’s your f***ing fault.'” Giggs was shifted inside to cover for Keane and Blomqvist faced Bayern Munich, before being replaced by Teddy Sheringham.

That was his final appearance for United after injury blighted the remaining two years on his contract. He played for two more Premier League clubs after leaving United. Everton were one. If you can remember the other club*, fair f***s to you.

4) Sergio Romero
In 2015, the Argentina No.1 swapped Sampdoria’s bench for United’s where he sat dutifully for most of the six years he spent at Old Trafford. Romero was widely viewed as one of the best stand-ins around – he had almost an entire career’s worth of practise – but he was eventually squeezed out by Dean Henderson, who was a rather less willing back-up. Though you suspect Henderson might see his arse if you asked him to sit for peak Peter Schmeichel.Romero’s last season was spent doing God knows what – not playing at Everton, much to his Mrs’ fury.

3) Laurent Blanc
Larry White arrived as 36-year-old replacement for Jaap Stam, who Fergie mistakenly sold to Lazio in 2001. But Fergie wanted him five years previously, when he had already agreed to sign for Barcelona in 1996. “It was incredible and now I regret not having gone to England earlier,” said Blanc of a time when his cooler-than-cool approach to defending provided the example the likes of Rio Ferdinand, the Nevilles and Wes Brown.

That didn’t stop early criticism when United lost five Premier League games before the start of December, to Bolton, Liverpool, Arsenal, Newcastle and Chelsea. But Fergie didn’t take that as a sign and he stayed for two seasons, with Blanc lifting the Premier League title in his second campaign.

2) Mikael Silvestre
The longest-serving player on this list, Silvestre made his debut in the same game as Taibi and likewise received criticism for some ropey performances early in his United career. But the Frenchman overcame those wobbles and became a consistent presence at centre-back or left-back – wherever he was required at the time.

January 2006 was a killer for Silvestre since United signed a new left-back and centre-back in Patrice Evra and Nemanja Vidic. But he stuck around for another couple of seasons before joining Arsenal, becoming the first player since Viv Anderson in 1987 to make the switch between United and the Gunners.

1) Cristiano Ronaldo
United paid about £12million last summer to bring back one of the GOATs and, on the face of it, it was money well spent. It was a move that got everyone’s balls tingling at Old Trafford and Ronaldo finished the season as United’s highest scorer and third-highest scorer in the Premier League with 18 goals.

But, even if he wasn’t The Problem last season, he has become a problem for Erik ten Hag, who currently has no idea if he can rely upon the veteran while he flutters his eyelashes at any club with a ticket to the Champions League.

*Charlton. You googled it, didn’t you?