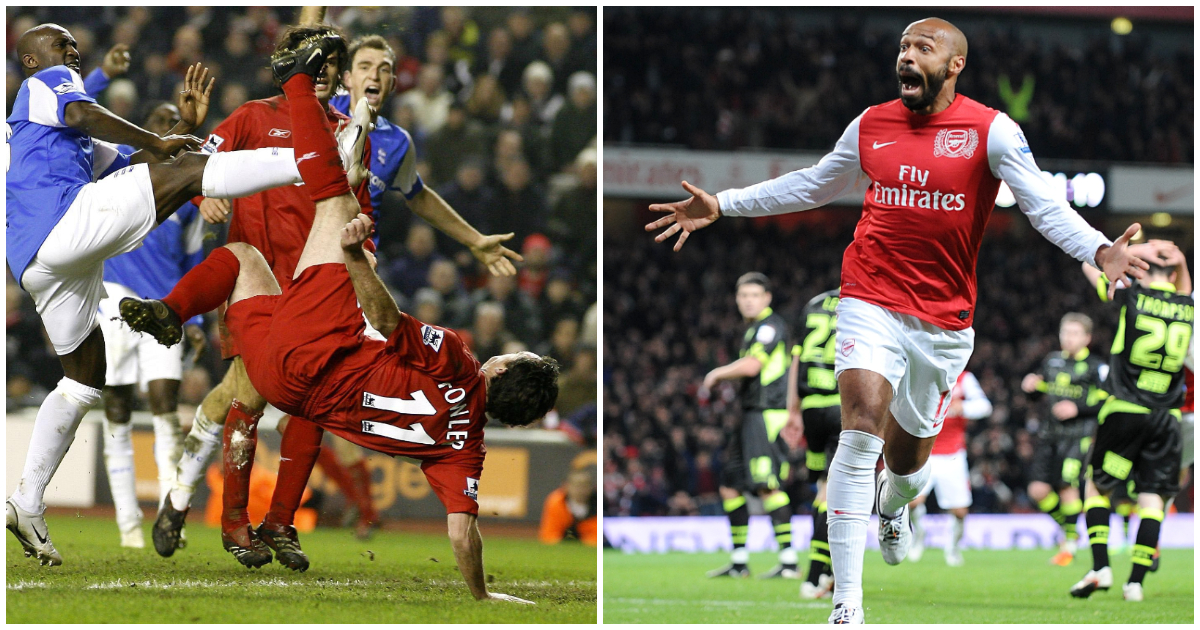 Cristiano Ronaldo is set to make his second Manchester United debut against Newcastle on Saturday. The expectant crowd at Old Trafford will be hoping the No.7 follows Thierry Henry’s lead rather than Gareth Bale’s.

Thierry Henry (Arsenal)
For second debuts done right, Ronaldo could use Henry as the reference…

The Arsenal legend returned to the Emirates on loan from New York Red Bulls to help fill a void in their strike force having left the Gunners for Barcelona in 2007.

The then-34-year-old started the FA Cup third-round tie against Leeds as a substitute, but with Arsenal toiling against Championship opposition, Henry was summoned from the bench.

Didier Drogba (Chelsea)
Drogba had been away from Chelsea for only two years when he returned to Stamford Bridge to work again with Jose Mourinho in 2014.

The first glimpse of the striker back in a Chelsea shirt came at Burnley when he was introduced from the bench during a 3-1 win.

His first start came in a 1-1 draw with Schalke in the Champions League which saw his drought in the competition extend to six matches – his driest spell in Europe. But with Diego Costa and Loic Remy absent, Drogba bagged on his first start back in the Premier League against Manchester United.

The veteran striker glanced in a header to open the scoring at Old Trafford on his 350th appearance, but Robin van Persie levelled in added time for Louis van Gaal’s side.

Paul Pogba (Manchester United)
After #Pogback, the midfielder was forced to wait for his second Manchester United debut by a suspension carried over from his time at Juventus, who made a cool £89million on the player they snapped up on a free when he left Old Trafford four years previously.

With that ban served on the opening weekend, Pogba pulled on a United shirt again when Southampton arrived at Old Trafford for Friday Night Football. Jose Mourinho threw him straight into the starting line up, despite urging caution over expectations of the record signing given he had not yet undergone a complete pre-season.

He didn’t need one to compete against Saints, but Pogba was overshadowed by Zlatan Ibrahimovic, who scored in each half on his Old Trafford debut. After a rusty start, Ibra’s brace gave Pogba the platform to ease back into the Premier League, playing as the box-to-boxer Mourinho signed him to be.

Gareth Bale (Tottenham)
Like much of Bale’s second spell at Tottenham, his second debut is best forgotten…

Jose Mourinho sent on the star for his first Spurs appearance in seven years with his side 3-0 and cruising against West Ham. Bale was dispatched from the bench in the 72nd minute at the same time David Moyes chucked on Manuel Lanzini.

The Hammer would have by far the greater impact. For Bale’s part, he watched West Ham claw two goals back amid a flurry of poor touches before he carved out a great chance to seal victory. But he shot wide.

Wayne Rooney (Everton)
Once a blue, always a blue. Aside from 13 years as a Red Devil…

Rooney was handed the captain’s armband by Ronald Koeman upon his return to Goodison Park in 2017 and things started swimmingly for the skipper and his new boss.

On the opening day of the 2017-18 season, Rooney bagged his 18th Everton goal – a header from Dominic Calvert-Lewin’s cross – in first-half added time to sink Stoke 1-0.

He also bagged again the following week at Manchester City before the Toffees hot the skids under Koeman.

Robbie Fowler (Liverpool)
‘God – number 11. Welcome back to Heaven’ read the banner in the Kop when Fowler emerged from the bench for the final half-hour of the Reds’ clash with Birmingham in 2006.

It marked Fowler’s first appearance in five years for his boyhood club after stints at Leeds and Manchester. And it almost ended in dream fashion.

With Liverpool searching for a winner in added time, Fowler smashed home a bicycle-kick in front of the Kop. The striker’s elation, however, was cut short by a linesman’s flag.

Fowler had two more goals ruled out for offside before finally getting off the mark once more against Fulham – the opponents when he notched on his first Liverpool debut 13 years previously.

Romelu Lukaku (Chelsea)
Ronaldo is hardly the only player to have gone ‘home’ this summer. Lukaku returned to “the club I supported as a kid” after seven years away – though it was a decade between Chelsea appearances – and promptly pulled Arsenal’s pants down on his first appearance back in blue.

Lukaku scored 14 minutes into his second debut, tapping in the opener with his third touch of the game. He was denied a second by Bernd Leno though the Belgian continued to pepper the Arsenal goal with eight shots overall.

“What a start for Lukaku,” exclaimed Thomas Tuchel in the aftermath of a 2-0 win and his impact was not lost on the striker. “Dominant, I would say,” was his reply when asked to sum up his performance.