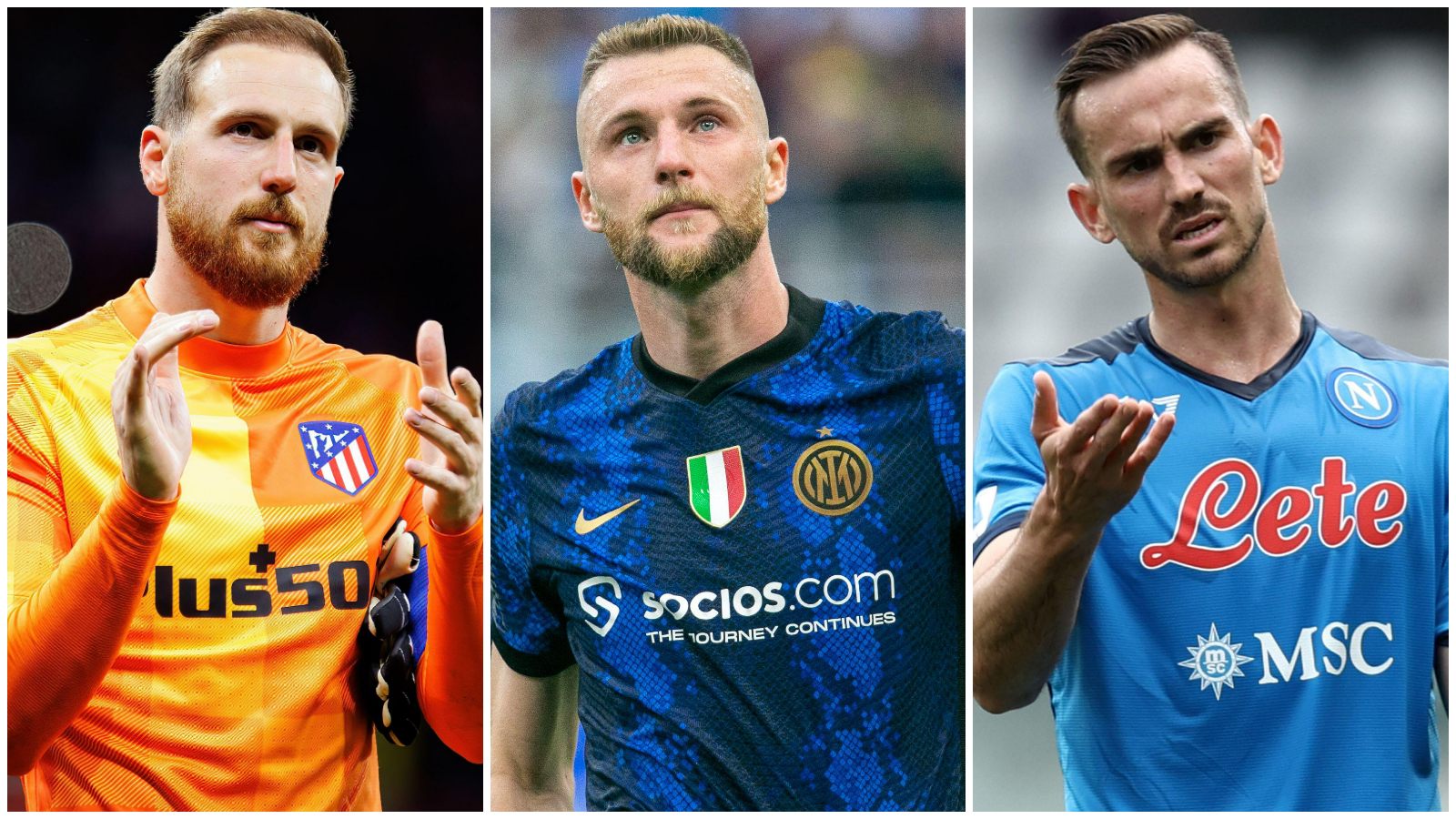 There is an abundance of talent going cheap because of their contractual circumstances. Without those playing for the Big Six, here are 20 potential bargains, ranked according to their current value.

All market values taken from the wonderful Transfermarkt.

The Switzerland defender seems to be attracting interest from across Europe, with Manchester United, Inter Milan and Juventus among the clubs said to be sniffing. But Arsenal don’t appear to be keen, if reports last week are to be believed.

Even though the centre-back is a year from free agency, Ndicka could net Frankfurt a hefty profit on the £5million they invested by signing the 22-year-old from Auxerre in 2018. Newcastle are said to be monitoring the situation, as are Manchester United.

Not long ago, Napoli wanted £100million for Koulibaly. Now they might have to settle for a third of that figure, with Chelsea among the clubs eyeing up a potential bargain.

The Holland winger signed only a two-year contract when he joined Barca last summer, since when he has scored 13 goals in 26 Champions League and La Liga starts, with 34 appearances overall. If they receive a fair offer, Barca appear minded to sell, but there seems little in the reported interest from Arsenal and Spurs.

Tottenham seem to have got themselves a bargain with the Brighton midfielder. Seemingly every Big Six club took a look but Spurs have taken a punt on the Malian.

The Brazilian midfielder could have some good options this summer, with Roma said to be keen, while it wouldn’t be a surprise to see City take another look if Leeds play hardball over Kalvin Phillips.

Has Zaha missed his chance? The winger looked set to join Arsenal in 2019 until the Gunners opted to sign Nicolas Pepe instead. Pepe could be on his way again this summer, but there is little sign of Arsenal reigniting their interest. With Zaha turning 30 in November, it seems free agency may be his best bet for a big move if staying loyal to Palace does not appeal.

Atletico’s one-time record signing is yet to reply to the Rojiblancos’ latest contract offer, with Diego Simeone keen to tie down the attacker who played 35 games in La Liga last season after emerging from a significant slump. “I feel like I have Atletico’s DNA in me,” Lemar said in January, We’ll see…

Once again, Valencia find themselves needing to raise cash (around £35million), a large chunk of which they could make by selling Gaya. The Spain left-back has been heavily linked with Barcelona as they look for a long-term replacement for Jordi Alba.

Remember 2018 when Liverpool supposedly had a £158million bid rejected for Asensio. Weird, that. Four years on, the Spain international is up for grabs for around a quarter of that price.

The Poland goal-machine seems determined to leave Bayern, even if the Bundesliga champions appear intent on either keeping him or making it as hard as possible for Lewandowski to move on. Barcelona can’t afford him; Premier League clubs are sniffing but all seem wary of making a decisive move.

Oblak was – and still is – regarded as one of the world’s best keepers but the Slovenia stopper seems to have mis-timed his run towards free agency, with most of the clubs he might consider as an upgrade to Atletico all fixed up for keepers. Newcastle were linked earlier in the year, but the expectation is that Oblak will sit tight for at least another season.

A year ago, there would have been a clamour of Premier League clubs around the Turkey centre-back but an indifferent season seems to have thinned out the domestic market, even if Chelsea are still sniffing.

The reassuring thing for those us who can’t stomach the prospect of another Messi saga is that Messi himself seems to have a similar appetite for it. He has unfinished business in Paris and PSG have shown the lengths they would go to avoid losing face.

Valencia could also raise the funds they need by cashing in on Soler before his contract expires. Atletico, Barca and Juve have all been linked. Premier League interest in the Spain midfielder is surprising thin on the ground.

We have to assume Arsenal are waiting – like the rest of us – for the international games to pass before they get a deal done for the Belgium midfielder. Don’t f*** it up, Edu.

The one-time Liverpool target is yet to be impressed with whatever offer Napoli have put on the table, with Juventus, Barcelona and Atletico Madrid all linked with the Spain midfielder.

It seems Barca have ridden the storm with Gavi now his release clause is set at a far less appealing £85.7million. Liverpool and Manchester City continue to be linked but the feeling is the Barca youngster will eventually sign an extension.

Bayern have put their foot down recently over the kind of contracts they are dishing out and it seems Gnabry has rejected their final offer, said to be worth £16million a season. Arsenal continue to be linked with their former player, as do Real Madrid, but the Spaniards may have to sell first, if they can’t wait until next summer.

Inter may be looking to offload some assets this summer but it seems they won’t let Skrinar be sold on the cheap. PSG reportedly offered £43million last week but Inter demanded £68million, though there are suggestions they would be willing to sell for £60million. Which is a lot of money for a defender who will walk away for nothing next summer. Let’s see how resolute Inter are feeling when the deadline gets closer.