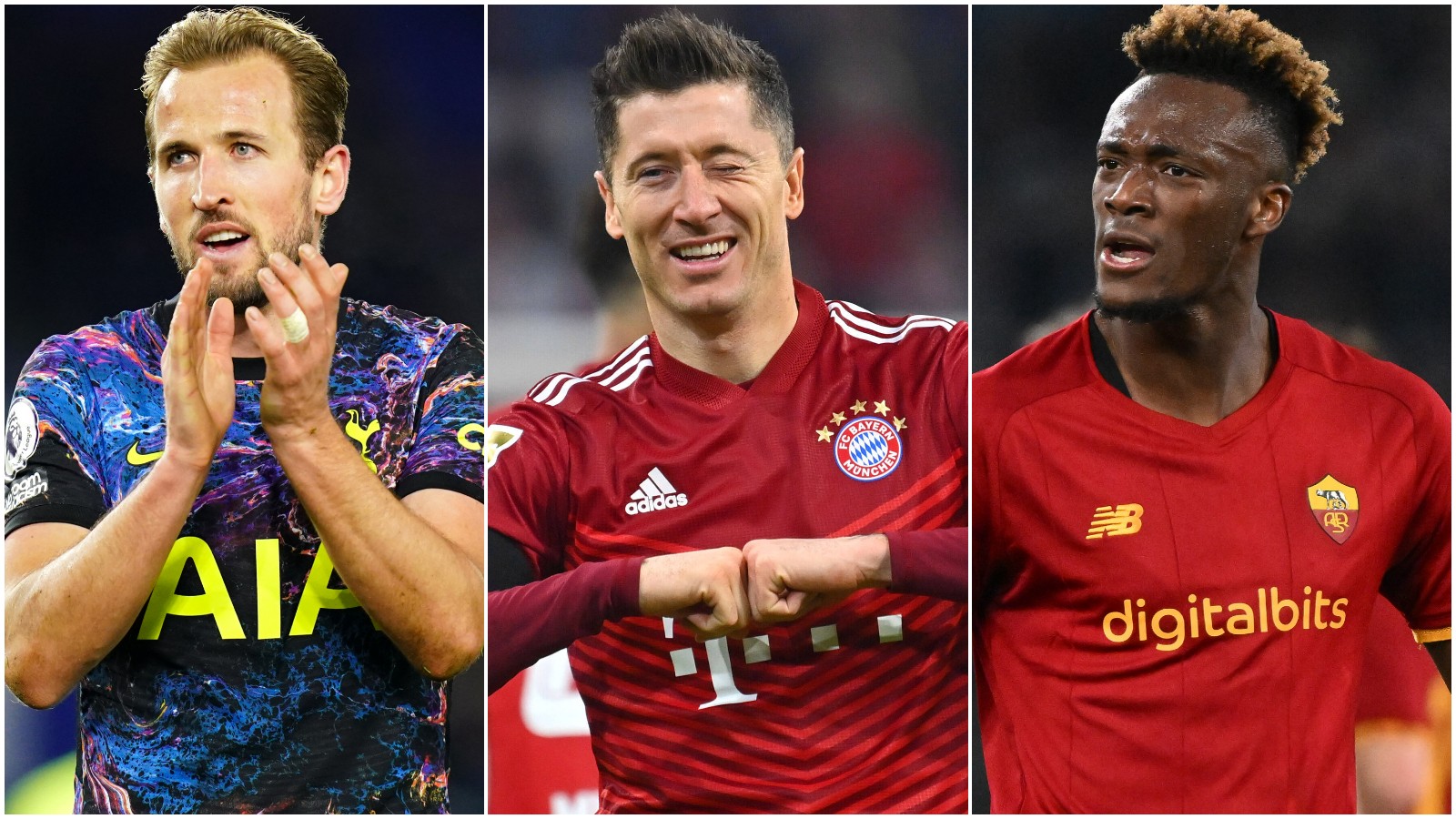 “A gift from heaven,” is how Xavi described Aubameyang after his flying start to life at the Nou Camp. Does that mean Mikel Arteta was wrong to show him the door at Arsenal? Nope.

Ben Yedder is operating at a rate of one goal involvement per game when you add two assists to his seven Ligue 1 goals. But he was shackled by Braga when Monaco exited the Europa League earlier this month.

Nine goals in 11 Serie A appearances this year, including two in the derby against Lazio, make the Italians more likely to forgive the ex-Chelsea striker for quaffing a cappuccino after dinner.

Abraham may have been pinned as the new king of Rome but the old king isn’t dead yet. The Lazio striker is marginally ahead of the Englishman having scored the same number of goals in eight fewer minutes.

The City winger was flying before the turn of the year, registering a goal and an assist in each of his last three Premier League appearances of 2021. Mahrez might be further up the list if he’d not had to nip off to AFCON.

Remember when Kane couldn’t buy a goal? He managed just a single strike through his first 14 Premier League appearances of the season but the Spurs striker is now on 12 goal involvements in 11 league games since the turn of the year.

Even though he looks set to walk out on PSG in the summer, Mbappe is the only member of Mauricio Pochettino’s forward line not copping flak from the club’s p*ssed-off Ultras. Eight goal involvements in nine Ligue 1 matches make it 25 in 26 for the season.

Real want to sign Mbappe this year and Erling Haaland in 2023, assuming Benzema might slow down when he turns 35 before Christmas. No sign of that yet. On top of 22 goals in 25 La Liga appearances, the France star has also weighed in with 11 assists.

Benzema is eight months older than Lewandowski, which should serve as a warning to Bayern if they are thinking of selling the Poland goal-machine before he turns 34 in August. A running total of 45 goals in 37 appearances so far this season is both mental yet completely normal for Lewandowski.