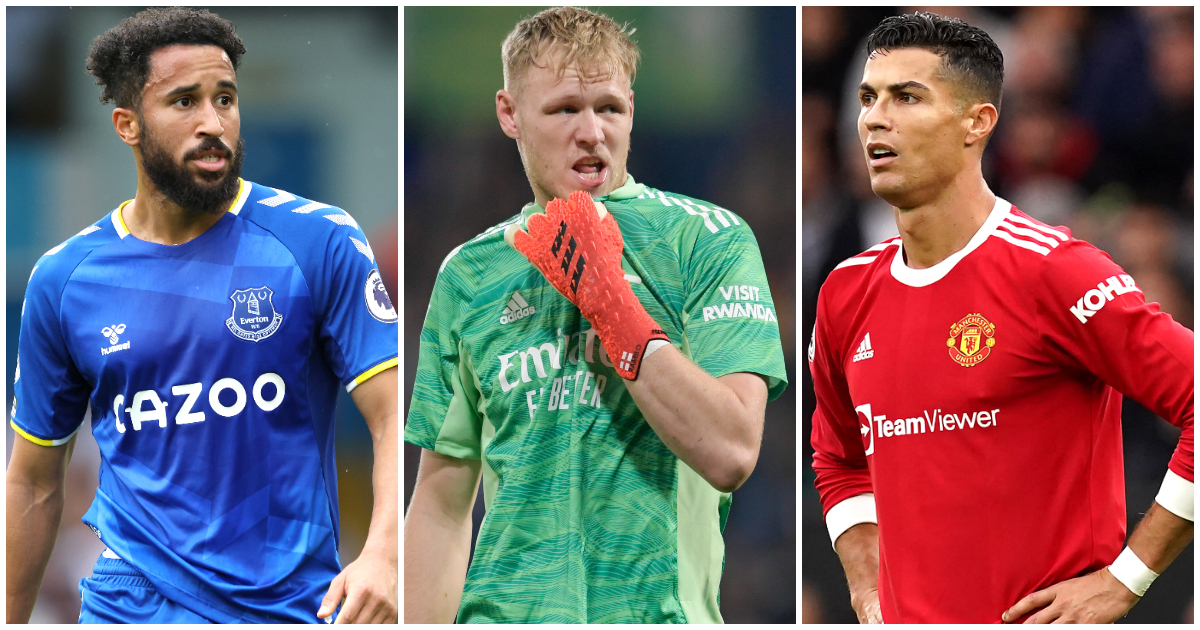 We love nothing more than a rush to judgement, so not quite two months into the season, here are the top ten signings of the season so far…

10) Jack Grealish (Manchester City)
It has been a solid if not spectacular start to life for Jack Grealish at City. But Grealish’s ‘solid’ is far better than most and it will do Pep Guardiola just fine for now.

The £100million man is being allowed to play himself into his best form while adapting to the rather more specific demands of Guardiola. At Villa, the instruction was simply to get the ball to Grealish and offer help if it were needed. For City, the England star is one of several creative forces, meaning Grealish must decide when to carry the burden himself, as he did so often at Villa, or find a team-mate better positioned against rather more packed defences.

Guardiola might expect better than a return of four goal contributions in 10 appearances but his continued inclusion over Raheem Sterling demonstrates the manager’s faith. “We just need to provide for him and let him express his quality,” the manager said after his debut in the Community Shield. “He didn’t come for 25 minutes, he came for five or six years.”

Providing him with a proper centre-forward might help too, Pep.

9) Hwang Hee-chan (Wolves)
Amid rumours surrounding Adama Traore and Ruben Neves in the final days of the transfer window, Wolves’ signing of Hwang slipped under the radar of even some Wolves supporters. But the Molineux faithful know now just what they’ve got in the South Korean forward.

Hwang has bagged three goals already in four Premier League appearances, only two of which came from the start. And those three goals have come from only five shots.

The 25-year-old, on loan from RB Leipzig, is building a very promising partnership with Raul Jimenez, as demonstrated against Newcastle when Hwang scored identical goals. Bruno Lage has admitted the plan is to find Jimenez so the Mexican can use his strength to hold, turn and feed runners, like Hwang or Trincao. Wolves needed an alternative threat to the sheer power of Traore and they appear to have found one.

7) Romelu Lukaku (Chelsea)
If Antonio Conte is right, and Chelsea “haven’t quite figured out how to use him yet”, then the rest of the Premier League is screwed when Thomas Tuchel eventually does suss out Lukaku.

The Belgium striker has been exactly the presence Tuchel wanted: “A very physical striker, a point of reference, a player with a personality who could lift the pressure off the shoulders of the younger players and give us the chance to play faster football.”

He started with four goals in his first four appearances, since when he has endured a more barren spell. Which instantly provoked his critics – Tim Sherwood brought up the ‘flat-track bully’ theme again – but three goals from a 3.3 non-penalty xG suggests he is finishing the chances created.

There is no doubt there is more to come from Lukaku, but he has already shown the impact he can have on a Chelsea side who craved a proper centre-forward. Which, admittedly, you would be entitled to expect for just shy of £100million.

6) Kristoffer Ajer (Brentford)
Frank ‘The Tank’ Onyeka has caught the eye in Brentford’s midfield since he signed from Midtjylland but the Nigerian has been in and out of Thomas Frank’s side. Ajer, since moving from Celtic for a club-record £13.5million fee and prior to missing the win at West Ham through injury, had been consistency personified, in presence and performance.

The Norwegian has taken to the Premier League with ease, forming a crucial part of Brentford’s three-man defence alongside Pontus Jansson and Ethan Pinnock.

He has enjoyed a couple of standout moments already, including a goal-line clearance to deny Mo Salah a goal in the 3-3 draw with Liverpool. But his celebration over a goal-saving tackle – a habit he brought from Celtic – in the win at Wolves when the Bees were under the cosh demonstrates his appetite for defending even better.

6) Marc Cucurella (Brighton)
Granted, I’ve seen the Brighton new boy up close only once this season, against Arsenal before the international break. But 90 minutes in the p*ssing rain was long enough to develop some rather confusing feelings about the luscious-locked Catalan.

Against the Gunners, Cucurella flew forward at will, pinning back Takehiro Tomiyasu – himself a fine summer signing – which had the consequence of denying Kieran Tierney the chance to do the same on the other side. He created four chances, three from open play, and it was certainly no one-off.

He was similarly impressive against Leicester when he spent more time in the Foxes’ half than his own. At £15million, Brighton appear to have unearthed another gem in the former Getafe flier. The prospect of Tariq Lamptey flying up the opposite flank to Cucurella on the left is a mouth-watering one indeed.

5) Demarai Gray (Everton)
Everton blew their entire transfer budget – £1.7million – on bringing Gray back to the Premier League, which from the outset seemed bloody good value.

Gray floundered badly at Leicester, with Brendan Rodgers having seemingly decided that the winger just wasn’t for him. The 25-year-old took himself away from the Premier League spotlight to kickstart his career at Bayer Leverksuen but half a season into an 18-month contract, the Toffees imported him back.

Even at Leicester, there was very obviously a player in Gray waiting to break out and at Everton, the one-time England call-up seems to have found the stage he feels comfortable. He already has three goals and an assist under Rafa Benitez, as well as having created the equaliser at Old Trafford which saw Gray shoulder-barge Fred into The Arndale.

4) Aaron Ramsdale (Arsenal)
Many – okay, we – scoffed when it seemed like Arsenal were prepared to pay in excess of £30million for England’s fifth-choice keeper. But seven weeks after the twice-relegated stopper moved to the Emirates for a slightly more reasonable £24million, it is starting to look like savvy business.

Ramsdale came in to the Arsenal side when it appeared that they had hit rock bottom after being humped at Manchester City took them into the first international break pointless and seemingly hopeless.

But the 23-year-old has provided a steadier pair of hands than Bernd Leno was offering and the kind of vocal, visible presence Arsenal’s timid backline, and their supporters, needed. With Ramsdale between the sticks, the Gunners have conceded just once in four games – and that was a consolation for Spurs in a north London derby win.

Gallagher’s form at Crystal Palace has caught everyone’s attention. The box-to-box midfielder – a rare thing these days – is playing under one of the greatest to play in the position in the Premier League and Gallagher is catching on quick.

The 23-year-old has a couple of goals, an assist and won a penalty against Brighton to make him the player of the season for Palace so far, according to WhoScored’s rankings. To the naked eye, he has been a joy to watch, adding some much-needed vigour and excitement to Palace’s previously stodgy midfield.

2) Andros Townsend (Everton)
The signing of the ex-England winger on a free from Crystal Palace was completed almost apologetically by Everton. But two months into the season, Townsend looks like he could become one of the smartest free signings.

Despite possessing 13 England caps, the 30-year-old seemed to feel he needed to introduce himself to Toffees supporters upon his unveiling. Apparently, Everton were snaring a winger who “liked to score a goal or two” and “worked hard off the ball” – both characteristics that have endeared Townsend to the Gwladys Street already.

Despite being signed primarily to provide the ammunition for Dominic Calvert-Lewin, Townsend has already scored three Premier League goals – including the goal of the month for September – in seven matches, with five goals in nine games in all competitions. And it is genuinely nice to watch a player enjoying himself and dead set on repaying the faith he has been shown by Rafa Benitez.

What an honour to be the first player to win the @premierleague goal of the month award three times @budfootball @Everton 😍🙏🏽💙 pic.twitter.com/W8eJx1zT9t

1) Cristiano Ronaldo (Manchester United)
Signing Ronaldo wasn’t part of the plan, if one exists at Old Trafford, but to suggest that Manchester United should have passed up the chance to re-sign one of the greatest players of all time is madness.

Aside from the off-the field benefits, which permeate every facet of the club, Ronaldo has done the business in front of goal, with five strikes in six appearances so far, with crucial goals against Newcastle, West Ham and Villarreal. And he has convinced the rest of the squad to lay off the sticky toffee pudding.

Perhaps he was fortunate to win the Player of the Month over Mo Salah, and maybe he doesn’t press like a rabid terrier, but Ronaldo was certainly one of the signings of the summer.