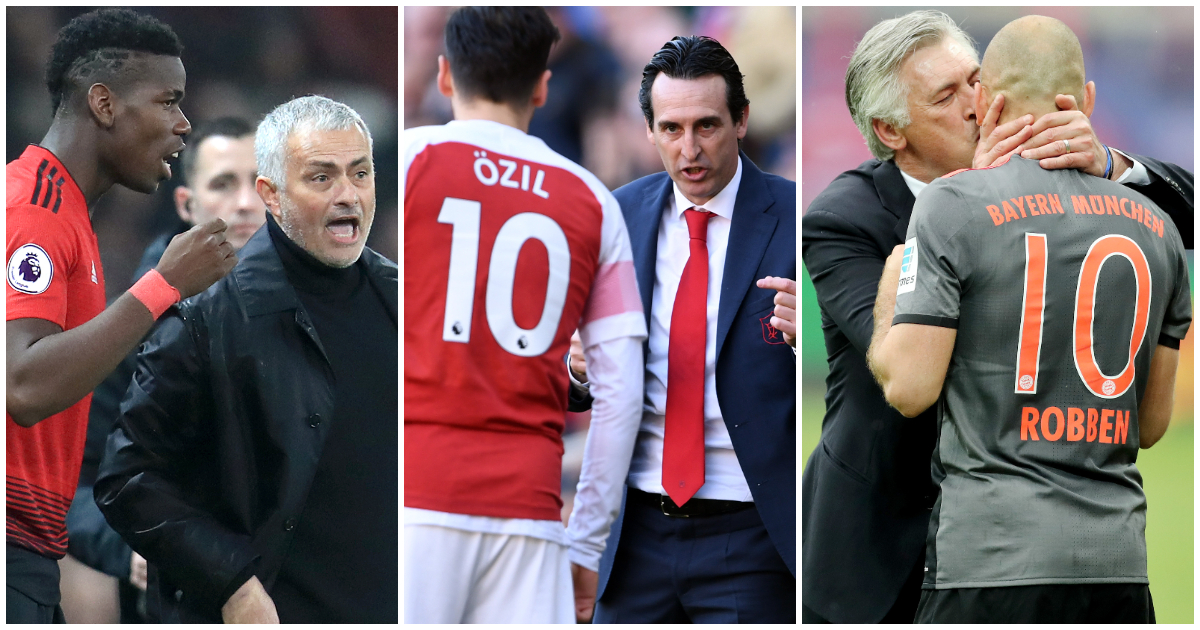 Danny Rose is hardly the first player to rejoice at his manager’s demise. Paul Pogba wouldn’t hide his glee…

Rose wasted no time in revelling in Jose Mourinho’s misery on Monday. The exiled defender was driven to Tottenham’s training ground, making sure that Sky Sports’ cameras knew he had arrived and were aware of his chipper mood.

Paul Pogba
Rose is hardly the first player to be glad to see the back of Jose. Nor was Pogba but the Manchester United midfielder’s delight at the manager’s demise in December 2019 was gleefully unrepentant.

One of them had to go after their relationship really hit the skids in the summer of 2018. Pogba returned from the World Cup a winner and talked of leaving United. Mourinho tried to placate the France star by making him vice-captain but Pogba effectively wiped his arse with the armband, admitting ‘my attitude was not right’ in the second game of the season.

Things deteriorated to the point that Mourinho called Pogba ‘a virus’ in the United dressing room. With United on the slide while Pogba sat on the bench, Mourinho was the fall guy. With the Portuguese gone, as if by magic, Pogba pulled his finger out and turned it on. At least for a couple of months before he became a problem again. Then he wasn’t. Then he was. And now we’re not entirely sure.

Two and a half years later, Pogba and Mourinho won’t let it lie.

Toby Alderweireld
The Tottenham defender was apparently delighted to see Jose arrive after Mauricio Pochettino was sacked at the end of 2019.

Alderweireld had refused to commit to a new deal under the Argentine boss, which Poch took as a personal affront. The defender, apparently, felt ‘drained by Pochettino’s methods’ by the time the axe fell but word of the manager’s demise had a reinvigorating effect.

The Athletic wrote: ‘When news reached Alderweireld that Pochettino was to be succeeded by Mourinho, he couldn’t hide his excitement. On the evening Pochettino left and word spread that Mourinho would replace him, Alderweireld was on international duty with Belgium. He told his countrymen that with Mourinho arriving, he might just be staying in north London after all.’

Within the month – in which Alderweireld played every minute of Mourinho’s first six games after being dropped for the final match of Pochettino’s reign – the defender had signed a new contract.

Mesut Ozil
Ozil is an acquired taste, and Unai Emery was not the only Arsenal manager to turn his nose up at the German.

Mikel Arteta achieved what Emery couldn’t by shuffling Ozil and his enormous contract out of the door, but it was the former Germany international who came out on top in a battle of wills with the Spanish boss.

Emery couldn’t win with Ozil. If he picked him, the odd moment of genius failed to compensate for what the manager saw as incompatibility with his team-mates and the style of play he wished to use. When Ozil was left out, especially when Arsenal failed to win, usually the first question he would face would be angled towards the missing playmaker.

It became obvious that one would have to go and when Ozil’s omission coincided with a miserable run of form, it was Emery who paid the price. Ozil was said to be one of the squad members who went to see Emery off when he was clearing his desk but the star, now on loan at Fenerbahce, didn’t wait long to put the boot in.

“Everybody knows tactically that we’re improving,” Ozil after a few weeks of Arteta. “It’s just two months that Mikel has been here, and we have improved a lot tactically.

To be fair, Ozil wasn’t alone in questioning Emery’s tactics. Bernd Leno also had his say: “The mentality out on the pitch, I don’t want to say it was a mess, but it was a bit confusing. Everyone was doing different things. We were not a team.”

‘Gunner for life’ Ozil reflects on ‘amazing journey’ at Arsenal

Danny Drinkwater
Drinkwater followed the Pogba path with a snide social media post which hit its intended mark before being swiftly deleted.

Frank Lampard had just been sacked when Drinkwater took to Instagram to post an image of him celebrating, though he had to go back to his Leicester days for such a photo. The axed Chelsea boss refused to play the former England midfielder for even a minute during his reign, instead sending him on loan to Burnley, Aston Villa and Kasimpasa in Turkey.

It was a fair call from Lampard. Drinkwater was garbage when he played for Lampard’s predecessor and his form out on loan only reaffirmed the manager’s judgement.

So perhaps Drinkwater can’t be blamed for celebrating what for him must have seemed a rare victory, even if he denied doing so. Though his denial still carried a sting in the tail: “Didn’t hear the news before I posted that,” he said on Instagram. “I was just missing playing. The manager was someone I looked up to hugely as a player.”

Danny Drinkwater posted this picture on his Instagram two minutes after reports emerged that Frank Lampard will get sacked by Chelsea today 😭😭 pic.twitter.com/zLdGhQXVRo

Arjen Robben
The Holland winger was not the only Bayern Munich player happy to wave Carlo Ancelotti on his way when Bayern Munich sacked the Italian in 2017.

A lethargic start to the season culminated in a 3-0 defeat to PSG in the Champions League, leaving Bayern third in their group. It was reported that five players had grown weary of Ancelotti’s low-intensity training, with Robben, Franck Ribery, Mats Hummels, Jerome Boateng and Thomas Muller organising their own private sessions.

When Ancelotti got wind of their extra work, the coach forbade them. So the quintet simply moved their workouts away from any Bayern facility.

Robben was reportedly the ringleader in organising these private sessions, and the winger explained why shortly after Ancelotti’s dismissal.