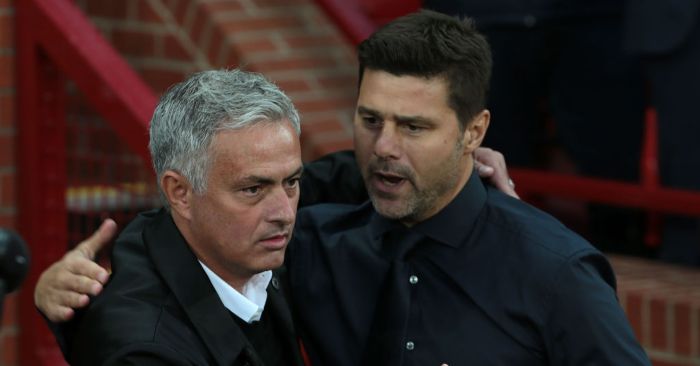 Under two different managers, for Spurs it’s been a season of two halves. Both have been sh*te.

Best player: Giovani Lo Celso
The Argentinian is very much the tallest dwarf in Jose Mourinho’s Tottenham squad. After Son Heung-min joined Harry Kane in the treatment room in mid-February, the rest of the Spurs players almost appeared to give up what little fight they had. Not Lo Celso.

Mourinho sat stewing while his players lost five of the six games between Son’s injury and the shutdown which at least served to end Spurs’ slide. But while wasting no time in hammering a number of Lo Celso’s team-mates, Mourinho saw a ray of light in his playmaker.

“When I arrived, he was not playing. I didn’t believe in him or understand him immediately. Three or four months later, Giovani is phenomenal.”

Mauricio Pochettino suffered from Lo Celso’s slow start to life in the Premier League. A hip injury in addition to the adjustment period any young player from the continent should reasonably expect restricted Lo Celso to just a single start under the former manager, which came in the last match before Daniel Levy squeezed the trigger.

Spurs’ final game before the Premier League’s hiatus highlighted how valuable Lo Celso has become to Mourinho. In the first half at Burnley, Tanguy Ndombele and Harry Winks were given the run-around in the kind of midfield that Sean Dyche gobbles up as a breakfast starter before pulling a meat pie out of the oven. Lo Celso was introduced at the break and he set the tone immediately, picking forward passes to the previously starved Dele Alli and snapping into tackles.

You might have expected the first of those qualities from Lo Celso but perhaps not the second. Lo Celso, though, is showing signs that he can fill the void that remains after Moussa Dembele’s departure.

Biggest disappointment: Tanguy Ndombele
Jan Vertonghen, among others, is fortunate that a £63million record signing has stunk the place out so badly that the stench is partially masking that of many other turds in Spurs’ sewer of a season.

Ndombele, and Tottenham, have had a shocker here. For Levy to spend any money last summer was a break from the norm. For Spurs to shell out such a huge record sum suggested they thought they had a dead cert in the French midfielder.

And they weren’t alone. It was widely assumed that Ndombele’s dynamism would greatly enhance Spurs’ engine room, but that vigour appears to have been left behind in Lyon. He netted on the opening day of the season and has got gradually worse ever since to the point where he was hooked and publicly shamed by Mourinho after his last outing at Burnley.

Some suggest Mourinho was too harsh in hammering Ndombele but no one could offer a convincing argument that the 23-year-old’s performances didn’t warrant public censure. Pochettino was probably right when he said that a young player like Ndombele arriving in England needs “minimum one year and a half, or two years” until you see them achieve their potential, but for much of 2020, the midfielder has looked lethargic, unfit and uninterested.

Best performance: Tottenham 5-0 Burnley
A first clean sheet under Mourinho – one of only three Spurs have managed in 25 matches under the new boss – and five goals including a brace for Kane and ‘the best goal in my life’ from Son.

No wonder Jose was pleased: “It’s the best day because it is the complete performance. It was perfect.”

A last-gasp 2-1 win at Wolves followed to further encourage Mourinho’s sceptics. But then…

Worst performance: Tottenham 0-2 Chelsea
The 3-0 defeat at Brighton, just a couple of days after being pummelled 7-2 by Bayern Munich, was surely Pochettino’s nadir. Hugo Lloris dropped a bollock while conceding the opening goal within three minutes and it got no better once the captain had been carted off to hospital with a dislocated elbow.

But the home defeat to Chelsea was arguably more disappointing. Mourinho had Spurs on a better run having won four of their previous five matches and they could have leapfrogged Chelsea, who lost four of their last five, into fourth place with a home win over their London rivals.

Instead, a surrender to better-organised, more motivated opponent formed the start of a miserable Christmas for Spurs, who took a month to get their act together. It was especially damaging for Mourinho. Frank Lampard took his mentor to school with a simple switch in system that Spurs failed to cope with. Even when they matched up in shape after half-time, they failed to claw back any of the initiative.

Biggest VAR moment: Having a second goal ruled out at Leicester
Spurs were making a decent fist of proving a point to Pochettino when he accused them of ‘lacking fight’ after chucking in a two-goal lead at Olympiacos. Poch’s players led 1-0 at the break at Leicester and looked to have doubled their lead courtesy of Serge Aurier’s strike.

But VAR spoiled Spurs fun when it was adjudged that Son’s shoulder had strayed marginally offside in the build up – so far ahead in the build-up that it was fair to question whether the heinous offence took place in a separate phase to Aurier’s sweet finish.

Instead of being 2-0 up, Spurs were pegged back within three minutes before the James Maddison scored an inevitable winner for the Foxes. Aurier’s overturned goal proved pivotal in a result which formed the first of 11 wins out of 12 for Leicester, while Spurs managed only a single victory in a six-game run that concluded with Pochettino’s departure.

Tottenham went 2-0 up, until VAR ruled the goal out for offside 🤦‍♂️

“We may be the eighth largest Club in the world by revenue according to the Deloitte survey but all that historical data is totally irrelevant as this virus has no boundaries.”

Is it ‘totally irrelevant’, Daniel? Many would suggest not. Nope, Spurs deserved all the flak flung their way after furloughing 550 non-playing staff, just as Liverpool did. The Reds’ reverse-ferret leaves Levy in a very awkward position.

Did their recruitment work?
Yes (Lo Celso) and no (Ndombele).

As far as Ryan Sessegnon, Spurs’ other summer recruit, is concerned, we don’t know yet. Injuries have restricted the 20-year-old to just 11 matches in his first year at Spurs. “I think it’s time for Ryan to get his opportunity,” said Mourinho immediately before the Premier League went into lockdown.

Mourinho’s arrival gave Levy little choice but to strengthen in January and Steven Bergwijn has had an encouraging start while filling in up front in the absence of, well, everyone. Gedson Fernandes has not.

Manager’s job security:
Mourinho is safer than many fans might like. Levy has bought into the ex-Manchester United and Chelsea boss and though it might not always be pretty, the pay-off with Mourinho is usually a trophy or two.

Unless Jose throws his toys out during or after a barren summer in the transfer market – which appears an increasingly likely prospect – and teases Levy to swing the axe again, then he will get at least next season to deliver what is expected.

What they need in the summer:
What they need and what Levy will bring are likely to be two different things judging from his warning while furloughing Spurs’ non-playing staff.

“When I read or hear stories about player transfers this summer like nothing has happened, people need to wake up to the enormity of what is happening around us.”

And, of course, he is right. Though Mourinho will still be expecting a centre-back, right-back and a striker. History tells us that how he reacts when it becomes clear he won’t get what he wants will set the tone for the rest of Spurs’ season.