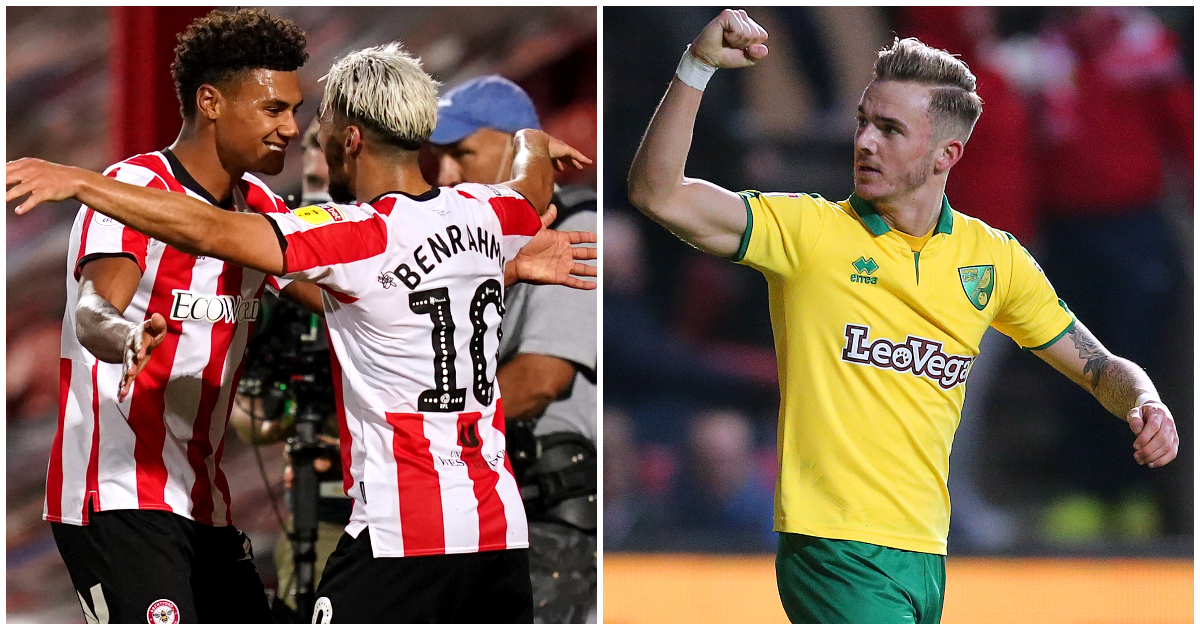 Spending big on talent untried at Prem level has worked before for Palace, Villa and Leicester. Not so for Sheffield United…

With Crystal Palace set to sign Marc Guehi from Chelsea for £20million, despite the defender lacking top-flight experience, we’ve taken a look back at the other big-money Premier League deals for players with only EFL experience…

Ollie Watkins
There were a few raised eyebrows when Villa made Watkins their record signing last September. The Villans coughed up £28million, with potentially another £5million due in add-ons. Unless they were based on Watkins winning the Ballon d’Or, the Grand National and The Ashes, we have to assume that Brentford have already pocketed more than the initial fee.

Watkins took to the Premier League instantly and in his single season in the top flight, which reaped 14 goals, the 25-year-old forced his way into the England squad, netting his first international goal with his first shot on target for his country. The centre-forward was unlucky to be cut from Gareth Southgate’s preliminary squad when the England boss had to whittle his party down to 26.

Dean Smith knew of Watkins’ quality. It was he who bought the striker for Brentford from Exeter in 2017. Jurgen Klopp knows too. Liverpool have been linked with a move for a player he described back in April as “really, really talented”. Villa would reasonably expect a £20million profit given the speed of Watkins’ ascent. Not that they wish to sell…

James Maddison
Like Watkins, Maddison was once in with a shout of an England place for the European Championship, but the Leicester playmaker shot himself in the foot by being photographed in a casino when he withdrew from England duty due to illness in 2019.

The suspicion was already that Southgate did not entirely trust Maddison given how resisted the clamour to call up the attacker in the first place.

Though he has his reasons, Southgate is perhaps one of a minority who doesn’t rate Maddison as one of the best creative players available to the England manager.

Maddison has netted 21 Premier League goals and laid on 17 more since stepping up to the Premier League in 2018 when Leicester paid Norwich £20million, potentially rising to £24million. The Foxes will likely double their money should Arsenal follow up their interest with a serious offer but to get back in the England squad, Maddison will have to become more “low maintenance, high performance”.

Said Benrahma
Another one to be flipped by Brentford, Benrahma spent two seasons with the Bees after arriving from Nice for £2.7million in 2018. The forward struggled to break into the French side’s first team and spent most of his time out on loan, with Angers and Ligue 2 sides Ajaccio and Chateauroux.

Brentford, though, spotted Benrahma’s potential and the Algerian played a pivotal role with 17 Championship goals in two terms in west London. It was enough to convince West Ham to take the 25-year-old on loan last October with an agreement to purchase at the end of the season.

The Hammers coughed up early to free up a loan place in their squad for Jesse Lingard, with Brentford trousering around £25million and another £5million potentially due in add-ons. Benrahma will have to up his game to earn his former side another substantial payday because aside from the occasional glimpse, we have yet to see what he can really do in the Premier League. A big season awaits…

Rhian Brewster
We definitely haven’t seen the best of Brewster…

The England Under-19 World Cup winner was destined for big things when he came through the ranks at Liverpool but despite the hype, Klopp never felt inclined to offer Brewster any Premier League game time. When he claimed a Champions League winner’s medal as an unused substitute in Madrid in 2019, Brewster was yet to play a competitive game for the club.

Brewster was farmed out to Swansea the following season where he scored 10 goals in 20 Championship matches. Sheffield United saw enough to fork out £23.5million for the striker last October, with Liverpool insisting on a buyback option worth £40million if it is taken before July 2023.

There appears little prospect of that happening since Brewster is yet to score his first goal for the Blades, for whom he made 12 starts and came off the bench 15 times in a miserable campaign which ended in relegation. The centre-forward needs a big season in the Championship to get his career back on track.

Neal Maupay and Adam Webster
Prior to the first week of August in 2019, Brighton hadn’t spent £20million on any player. They splashed out to bring Webster from Bristol City then, having had a taste of splashing the cash, two days later they spent the same again to buy Maupay from Brentford. Of course Brentford.

Maupay had been the Bees’ Player of the Year during the previous season when he scored 25 Championship goals to finish as the division’s joint-second top scorer. Overall the Frenchman bagged 41 goals in 95 games having represented his country from Under-16 to Under-21 level.

Webster had caught Brighton’s eye while at Ashton Gate and the defender had worked with Seagulls’ technical director Dan Ashworth while representing England at Under-18 and Under-19 levels. Webster only spent a single season at Bristol City, having joined them from Ipswich the previous summer.

Both have been solid signings for Graham Potter, even if Maupay lacked a finishing touch. His eight goals fell a little short of his xG of 13, though Maupay was hardly the only misfiring Seagull.

Eberechi Eze
Eze’s success has likely gone a long way to helping persuade Palace to pay £20million for Guehi who, like his prospective teammate, had never previously played higher than the Championship.

Eze moved to Selhurst Park last summer from QPR for a fee which could rise to £20million and the 23-year-old immediately stood out in a Palace side approaching transition. At times he was a joy to watch, drifting past players with effortless ease, scoring four goals with a couple of beauties among them.

Southgate was certainly impressed since the England manager wanted the youngster in his provisional squad for the European Championship. But Eze only got word of his first senior call-up when he returned to the dressing room moments after damaging his Achilles.