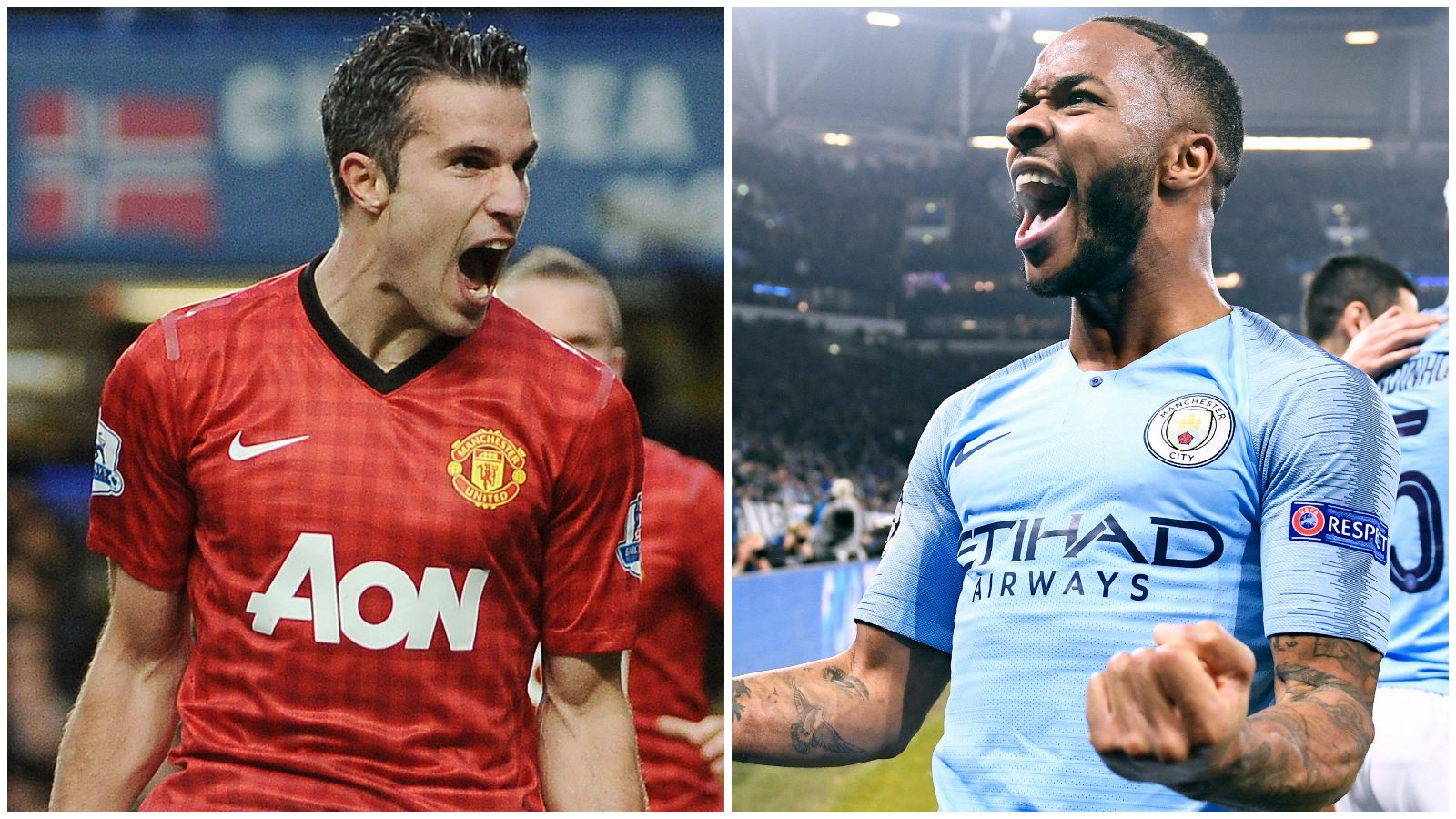 With Raheem Sterling and Oleksandr Zinchenko switching between Big Six clubs, we’ve ranked the other players to have made similar moves since 2010, which is around about the time the Big Six became a thing…

29) Alexis Sanchez (Arsenal to Manchester United)
An absolute disaster of a signing. Stank out Old Trafford after United had f***ed themselves by smashing their wage structure to bring him from Arsenal.

28) Joe Cole (Chelsea to Liverpool)
One of Liverpool’s worst ever signings, despite the fact he cost nothing in 2010, aside from £90,000 a week on wages. Cole was sent off on his debut and missed a penalty in his next appearance. Given away for free to West Ham two-and-a-half years into his four-year deal.

27) Willian (Chelsea to Arsenal)
Admitted he wanted to leave Arsenal after only three months following his free transfer from Chelsea and boy, did it show! His only positive contribution was agreeing to terminate his contract with two years still to run and £20million in wages yet to trouser.

26) Owen Hargreaves (Manchester United to Manchester City)
We can’t be sure City didn’t sign Hargreaves just to spite United after the injury-prone midfielder left Old Trafford in 2011 but, whatever their motivation, it was a colossal waste of time, with the former England star managing just a single Premier League appearance.

25) Fernando Torres (Liverpool to Chelsea)
Signed for a British transfer record £50million in 2011 but Torres left his shooting boots in Liverpool. He scored 65 goals in 102 Premier League appearances at Anfield. For Chelsea, it was 20 goals in 110 games. He won the FA Cup, Champions League and Europa League, but Torres’ time at Stamford Bridge was still a major disappointment.

24) Victor Moses (Chelsea to Liverpool)
Moved to Anfield on loan from Chelsea in 2013/14 for an entirely forgettable season, scoring twice in 22 appearances, before Antonio Conte rebuilt him as a right wing-back.

23) Yossi Benayoun (Liverpool to Chelsea)
Benayoun was a Chelsea player for three years between 2010 and 2013, in which time he played more often for Arsenal.

Sterling next: six others to play for three (or more) of Big Six and who loves them now

22) Henrikh Mkhitaryan (Manchester United to Arsenal)
The Armenian struggled at Arsenal almost as much as he did at United under Jose Mourinho. He left the Emirates after 18 months to “get pleasure playing football again”.

21) David Luiz (Chelsea to Arsenal)
Played 73 games in two seasons at the Emirates after joining for £8million from Chelsea in 2019. Won the FA Cup and rarely a dull moment but also labelled a ‘liability’ by Jamie Carragher.

20) Willy Caballero (Manchester City to Chelsea)
Signed for free from Manchester City in 2017 and perched himself on the bench for four seasons, getting his gloves dirty 11 times as stand-in stopper.

19) Kolo Toure (Manchester City to Liverpool)
Toure joined Liverpool for free and, as a stand-in centre-back, the Ivorian had three years of nearly moments, finishing as runner-up in the Premier League, League Cup and Europa League.

18) Craig Bellamy (Manchester City to Liverpool)
The Wales striker returned to Anfield from Manchester City for an almost identical spell to his first in 2006/07 when he netted nine goals. He scored the same number again in 2011/12 for Kenny Dalglish, but none after the end of January before departing once more after only a year.

17) Nemanja Matic (Chelsea to Manchester United)
It seemed United had finally filled the hole at the base of their midfield when Mourinho signed Matic from Chelsea in 2017, but after a decent first season, the Serbian got sucked into the talent vacuum at Old Trafford. Saw out his five-year deal, spending the most of it plodding through his increasingly rare appearances.

16) William Gallas (Arsenal to Tottenham)
“A no-brainer,” said Harry Redknapp in 2010, describing the move rather than the player, who became the first to play for Chelsea, Arsenal and Spurs when he moved to White Hart Lane on a free transfer. Gallas performed well enough through his one-year contract to earn another for a couple of seasons, during which he played rather more sporadically.

15) Danny Welbeck (Manchester United to Arsenal)
Louis van Gaal didn’t fancy Welbeck – “We let him go because of Falcao.” – and sold him in 2015 for £16million to Arsenal where he saw out his four-year contract. Showed glimpses, just as he did at United, but injuries robbed him of the opportunity to show any consistency.

14) Raul Meireles (Liverpool to Chelsea)
Chelsea signed the reigning PFA Fans’ Player of the Year (really) on deadline day in 2011 after they failed to land Luka Modric. Meireles spent a year at the Bridge, winning the FA Cup (as a sub) and the Champions League, despite sitting out the final through suspension.

13) Bacary Sagna (Arsenal to Manchester City)
Followed the crowd from Arsenal to City, signing in 2014 and leaving upon the expiry of his contract in 2017 when Kyle Walker arrived. There’s not much else to say, really.

12) Yossi Benayoun (Chelsea to Arsenal)
After playing for Liverpool and Chelsea, Benayoun moved to the Emirates on loan on deadline day in 2011. The Israeli scored four goals in 19 Premier League games, playing a key role in the Gunners finishing third after initially struggling to break into Arsene Wenger’s team.

11) Samir Nasri (Arsenal to Manchester City)
Turned down United to join City for £25million from Arsenal, who weren’t best pleased to be losing one of the the game’s rising stars. Nasri starred in City’s first Premier League title triumph, but he peaked early at City, just like his career overall.

10) Juan Mata (Chelsea to Manchester United)
Lovely Juan arrived in a helicopter to play for David Moyes and the five managers who followed. Never hit his Chelsea peak at Old Trafford but never let United down, unlike so many of his team-mates over the last six-and-a-half years.

9) Emmanuel Adebayor (Manchester City to Tottenham)
The Togo forward was initially signed on loan from Manchester City for the 2011/12 season, when he bagged 17 Premier League goals. That hooked Spurs into signing him permanently, even if City were paying a decent portion of his wages. Adebayor was bombed out by Andre Villas-Boas before being brought back into the fold by Tim Sherwood. In three seasons as a Spurs-owned striker, he scored only one more Premier League goal than he bagged in one season as a loanee.

8) Petr Cech (Chelsea to Arsenal)
Signed from Chelsea for £10million in 2015 and won the Golden Glove in his first season and the FA Cup in his second term. Replaced by Bernd Leno after three years and retired after Chelsea put four past him in the 2019 Europa League final.

7) Daniel Sturridge (Chelsea to Liverpool)
Sturridge was brilliant alongside Luis Suarez in 2013/14 when they finished as the Premier League’s second-highest and highest goalscorer respectively. “He has every tool and every quality he needs to be as good as Suarez,” said Brendan Rodgers. Except durability. Injuries saw his career hit the skids and Jurgen Klopp realised he couldn’t rely on the forward, despite labelling him “one of the best finishers I’ve ever seen”.

6) Gael Clichy (Arsenal to Manchester City)
Joined City for £7million in the same summer as Nasri, with both in the similar position of having a year left on their Arsenal contracts. The full-back spent six seasons at City – that surprised us too – during which he won two Premier League titles and two League Cups.

5) Olivier Giroud (Arsenal to Chelsea)
Giroud was squeezed at at Arsenal by Pierre-Emerick Aubameyang’s arrival and the devilishly-handsome b*stard thrived at Stamford Bridge, winning the FA Cup, Europa League and Champions League, even if he never managed to establish himself as a starter.

4) Kyle Walker (Tottenham to Manchester City)
One of City’s most underrated signings of the last decade, Walker joined from Spurs for a hefty £45million in 2017 but he remains one of Pep Guardiola’s most trusted players. Even if he can still be ‘stupid’.

3) James Milner (Manchester City to Liverpool)
The Reds signed Milner as a 29-year-old for free from Manchester City, which turned out to be one of the best things Brendan Rodgers did for Liverpool. Seven years later, he’s recently signed on for another year having already won the Premier League, FA Cup, League Cup and Champions League under Jurgen Klopp.

2) Raheem Sterling (Liverpool to Manchester City)
After signing from Liverpool in 2015, Sterling won every domestic honour available and joined the top ten City goal-scorers of all time before the champions made their money back by shifting him to Chelsea a year before he could leave for nothing. Excellent work all round.

1) Robin van Persie (Arsenal to Manchester United)
Sir Alex Ferguson played an absolute blinder by taking Van Persie from Arsenal for his final season in charge. The Holland striker had an almost Cantona-esque impact, winning the Golden Boot as United won their last Premier League title. Achieved enough in that one season alone to make us forget whatever happened after with David Moyes and Louis van Gaal.